On this page of the Assassin's Creed Valhalla game guide you will find a description of an important choice in the Lincolnscire region that you will have to make during the Election Time mission (Where the Stones Falls).

You will have to make the decision at the final stage of the mission Election Time. Ealdorman Lincolnscire is dying and the county needs a new ruler. Three candidates are applying for this position: Aelfgar, Hunwald and Bishop Herefrith.

Ealdorman Linconscire - who to choose?

Twelve authorized lords of Lincolnscire cast their votes, but the winner could not be selected. Each candidate received four votes, so Eivor will have to cast the deciding vote. 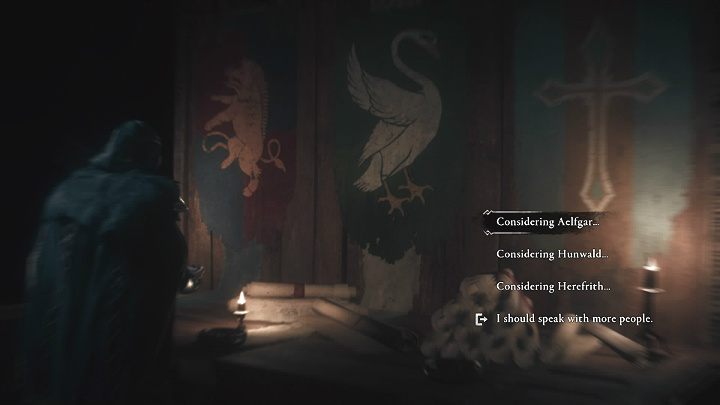 Before you choose the next Lincolnscire ealdorman, think carefully because your decision will have some consequences.