On this page of the Assassin's Creed Valhalla guide, you will find a detailed walkthrough for the Reaver of the South mission.

Eivor still hopes to save Sigurd from paladin Fulke – the main character calls for the allies and prepares to attack Portcestre. 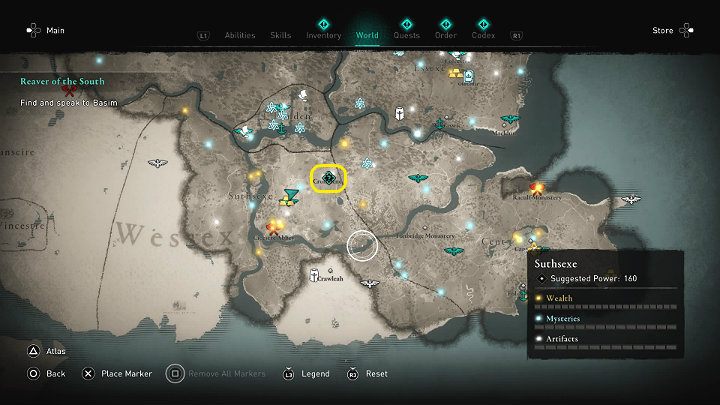 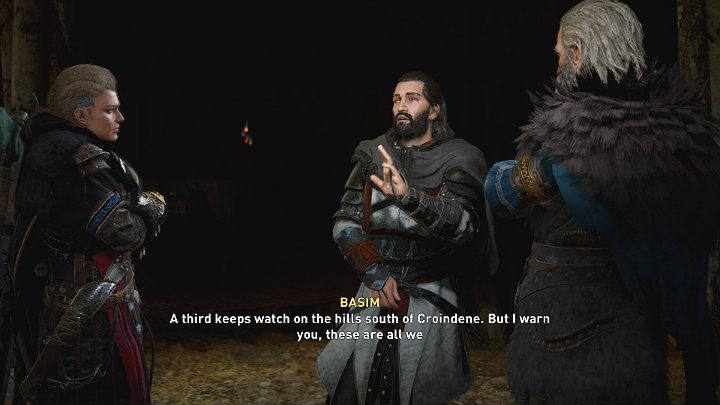 You will find Basim in the feast hall in Croindene. The man is accompanied by Guthrum. During the conversation, Eivor and their friend try to persuade the yarl to join the alliance and help in attacking Fort Portcestre.

Find and kill the scouts

Basim tells Eivor that you should eliminate Fulke's spies to deprive her of any information about their movements. 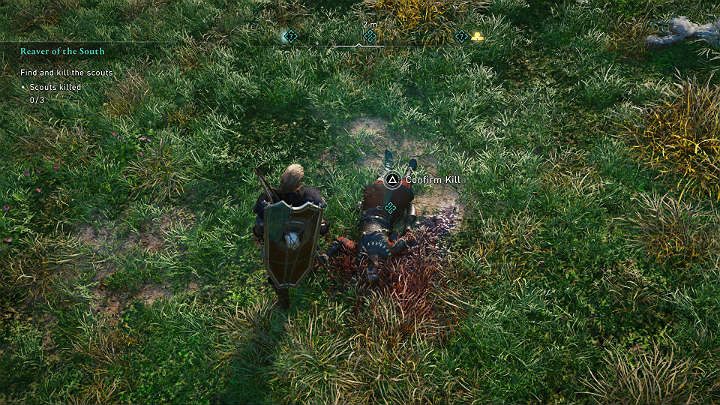 The first scout, or rather what is left of him, can be found near Coindene, on the hill. The man has been attacked by wolves, who are roaming the area. The animals will attack you as soon as you approach the soldier's corpse. Remember to confirm the assassination of the scout after dealing with the wolves before you go looking for the next target. 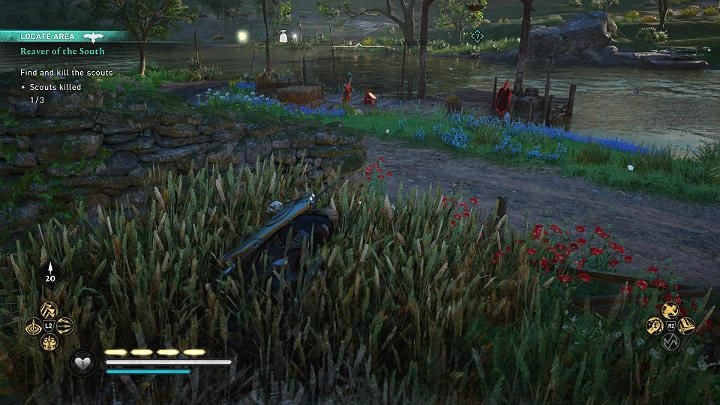 The second scout is by the river north of Crawleah. The man is accompanied by several guards who patrol the area. 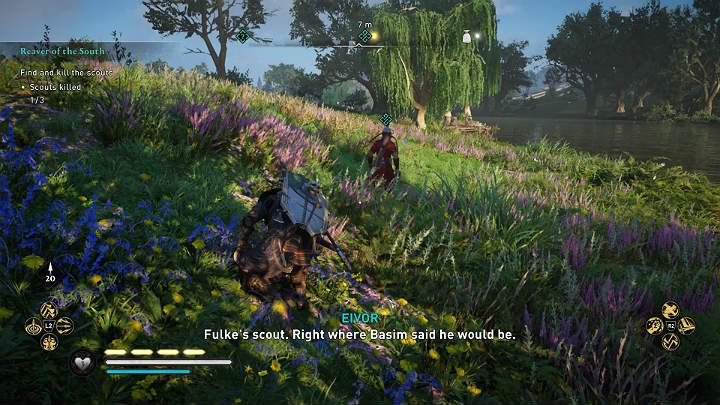 If you don't want to fight all opponents, wait a while until the scout separates from the guards. 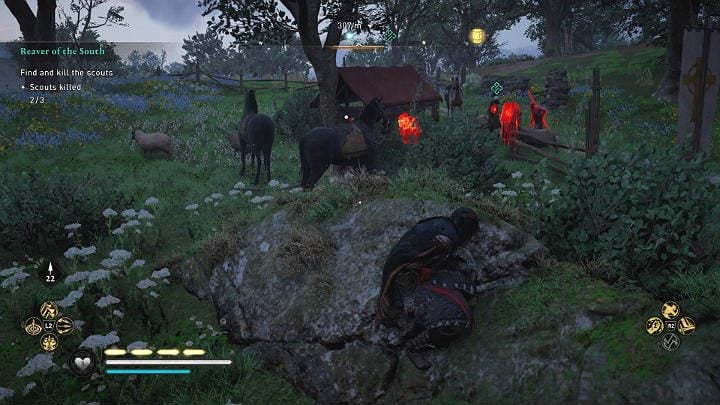 The third scout is stationing near the Cicestre Abbey. He was assigned several additional guards to protect him. If you decide on an open attack, the guards defending the abbey can join the fight. 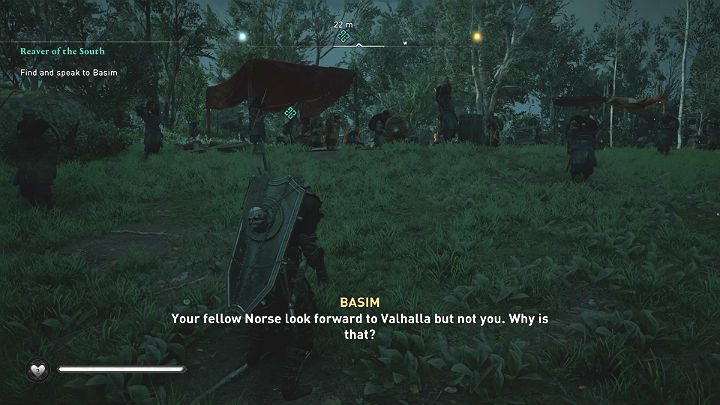 You will find Basim in the forest to the east of Portcestre, accompanied by jarl Guthrum. Give him the information you managed to get from one of the scouts. Fulke collects people and supplies that can help her survive a siege. 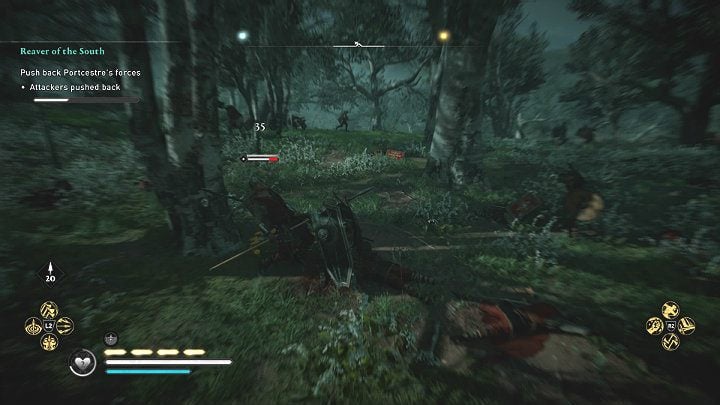 The Saxon army stationed in Portcestre will attack the camp – you have to fight. Apparently, not all the spies were eliminated and Fulke found out about Eivor and their friends. Eliminate all targets. 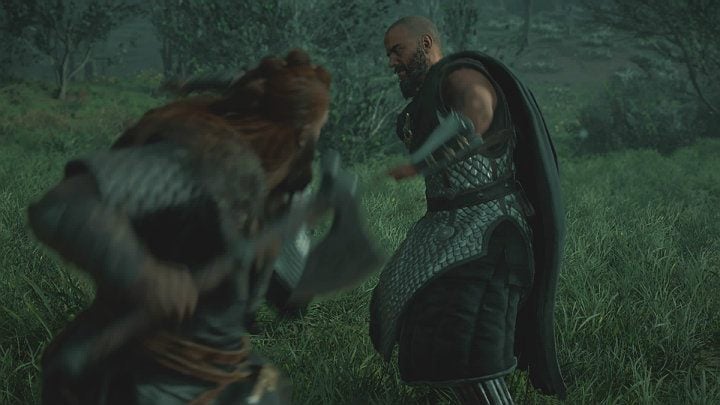 The squad leader, one of Fulke's generals, will call for retreat. Broder and Brothir will chase the enemies and suffer heavy wounds.

Eivor will face Fulke's champion. The man fights with two weapons – a slow but deadly two-handed sword in one hand and a short sword in the other. 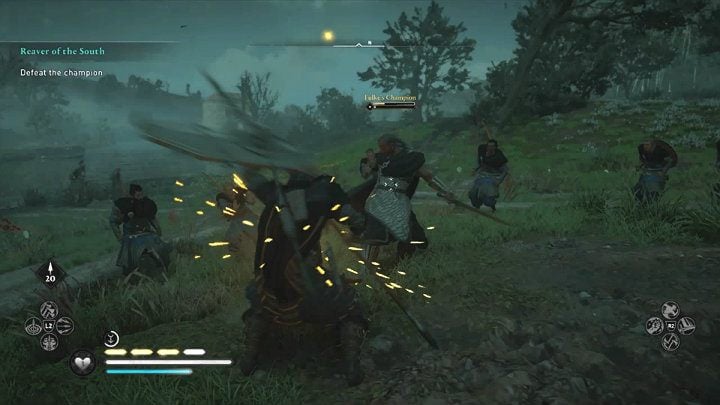 All special enemy attacks are indicated by a yellow flash so they can be blocked or parried. It is also worth noting the fact that the champion can also block the incoming blows with one of his swords. The opponent does not have any unblockable attacks. 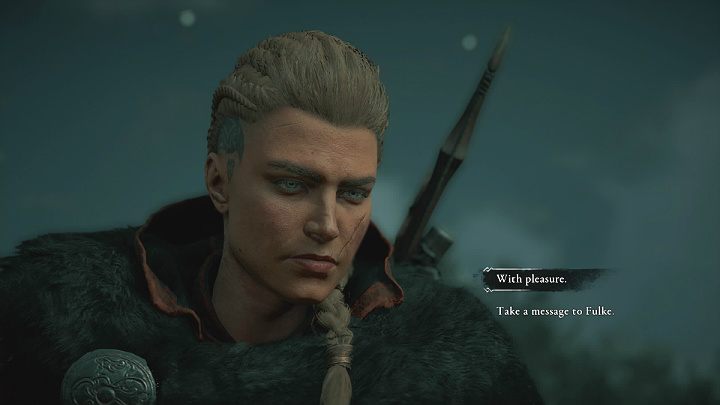 After the battle is over, you will be able to decide what will happen to the Saxon warrior – he wants his death to be swift.

There is no certainty that the man will pass on the message to Fulke. If you let him go, you will have to fight him again during the attack on Fulke's fortress. 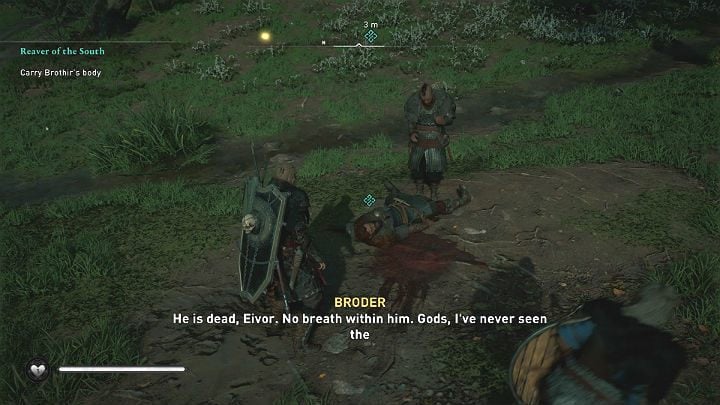 Broder, although seriously wounded, survived. Unfortunately, his brother wasn't so lucky – he died from the wounds inflicted by the champion. Carry Brothir on the back and take him to the camp. 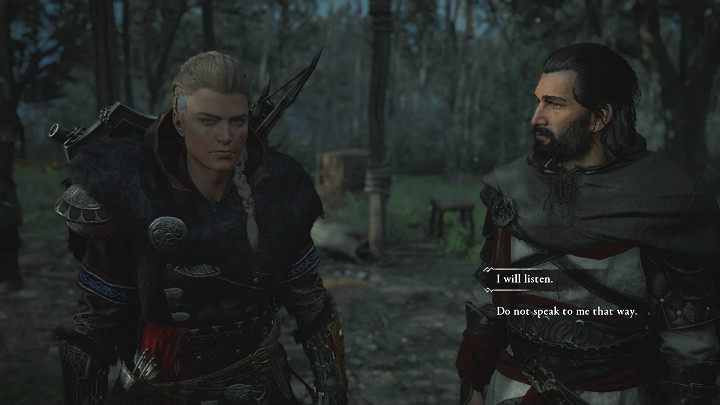 Put Brothir's body on the bed. Watch the cut-scene during which there will be an argument between Eivor and Guthrum.

It doesn't matter which option you pick, because the result will be the same.

After the cut-scene, the mission will end and you will receive 3,400 XP.