On this page of the Assassin's Creed Valhalla guide, you will find the description of the boss fight against Fulke. You will find out when you face Fulke, what attacks the boss has and how to avoid them, as well as how to defeat her effectively and quickly.

The fight with Fulke takes place during the Storming the Walls quest. Eivor and their allies storm Fort Portcestre to save Sigurd and deal with Fulke. 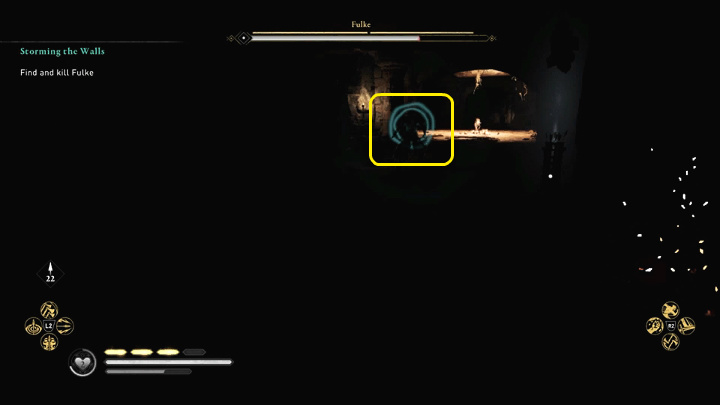 Fulke fights with two weapons: a two-handed sword and a whip. This extremely cunning opponent will hide in the shadows and try to surprise you with a back attack – don't lose your guard. When the enemy disappears, use Odin's Sight to locate her. You will notice a blue circle that will reveal your opponent's current position. Fulke will then lose her advantage. 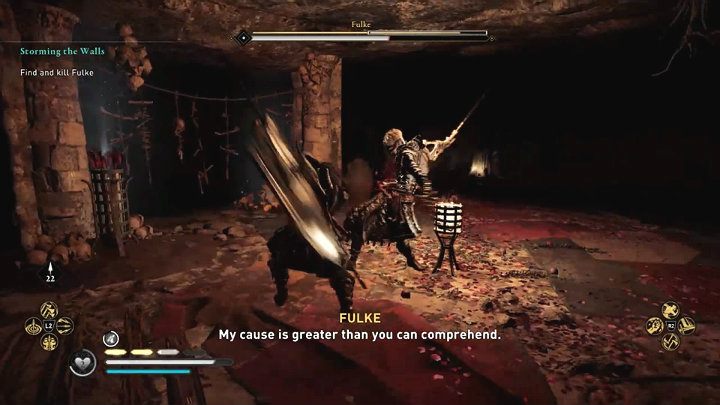 The vast majority of Fulke's special attacks are indicated by a yellow flash – you can parry or block them to knock the opponent out of balance and do some stun damage. 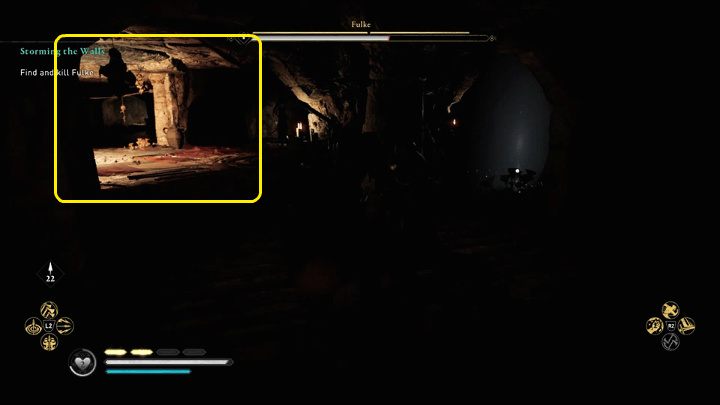 As soon as Fulke extinguishes the bonfire in the middle of the arena, move immediately to the next illuminated area. You can use fire to get flaming arrows that will cause additional damage to the enemy. 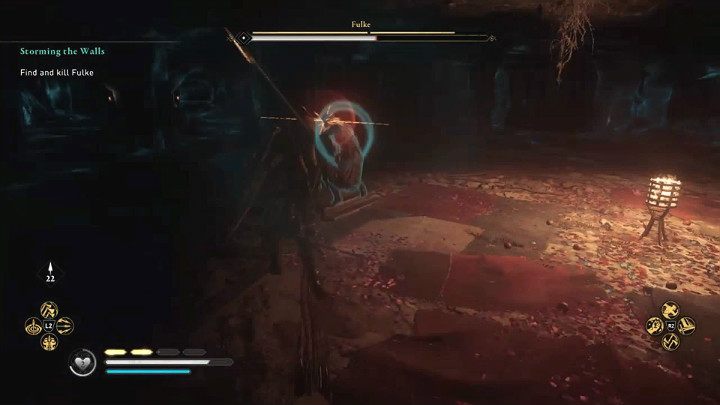 Fulke has unblockable attacks that she can use while running and they are indicated by a red flash - you must avoid them at all cost. 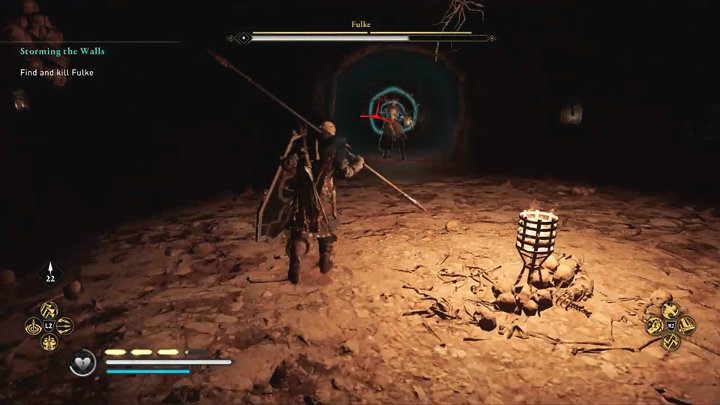 The enemy will also make use of firebombs that deal damage within the explosion radius. However, they won't set you on fire. When Fulke stands still and starts setting a bomb on fire, it is a sign that she is about to throw it at you. 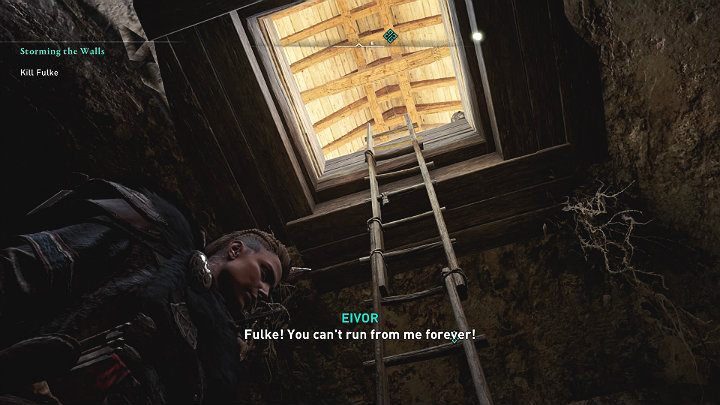 At some point, Fulke will use a smoke bomb and try to escape. Run out of the crypt and catch up with the opponent to deal with her once and for all. 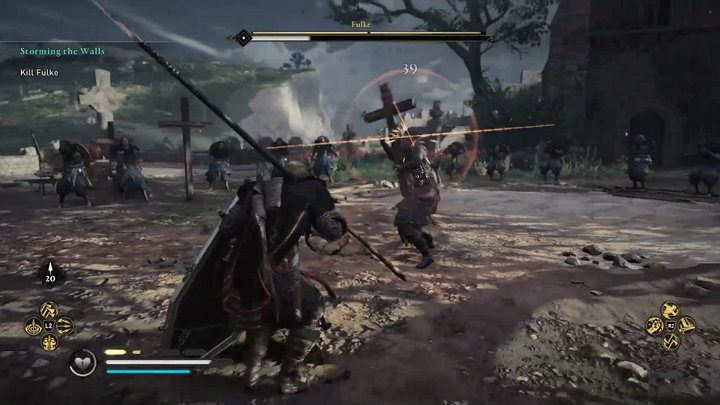 When the fight moves to the square in front of the church, Fulke will fight with a large wooden cross. Her movements will be slower but try to avoid the boss's attacks – they can deal serious damage. 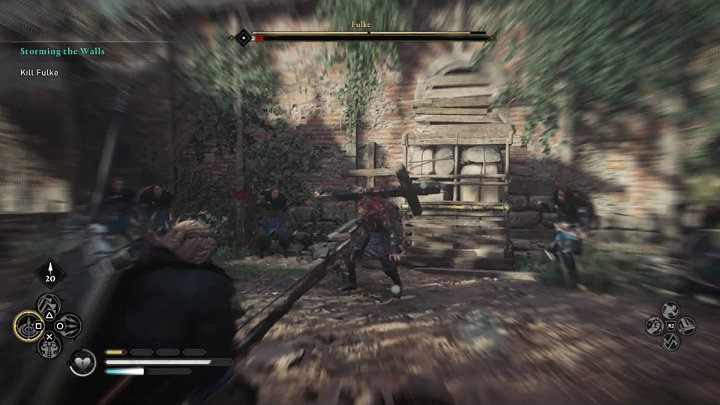 At this stage of the fight, your opponent should not cause you any problems - she has nowhere to hide and he will not be able to surprise you. When Fulke is defeated, Eivor will kill her immediately and the fight will be over.