On this page of our guide for Assassin's Creed Valhalla you will find a detailed walkthrough for the mission titled An Uncommon Proposition.

Eivor must find out what the ealdorman of Essex wants from him. Randvi revealed only that it was some big secret. 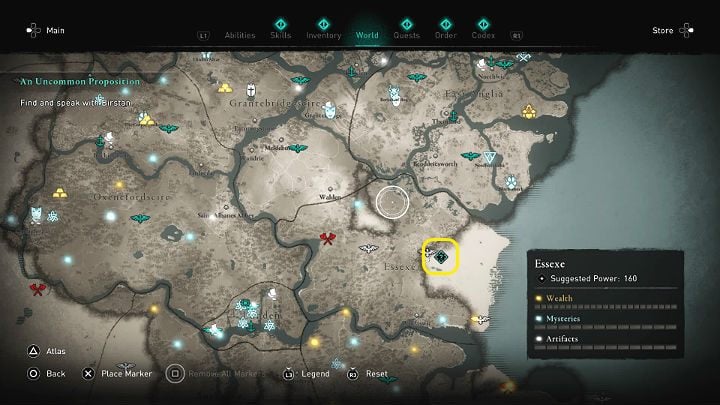 Find and speak with Birstan 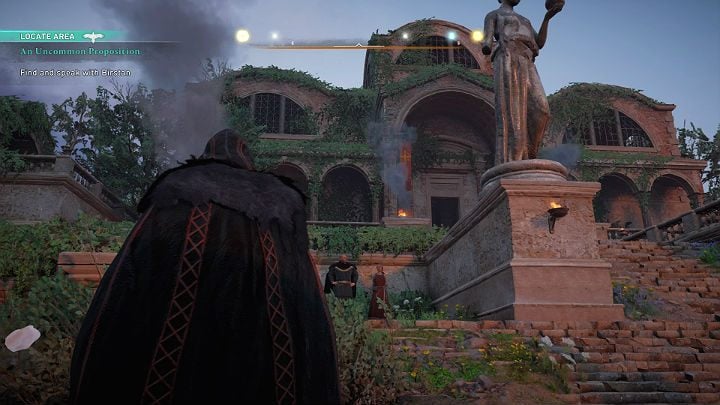 Ealdorman's House is the huge ruin on the hill. From a conversation with Wyatt you will find out that Birstan is not home, but you can meet his wife, in one of the rooms upstairs. 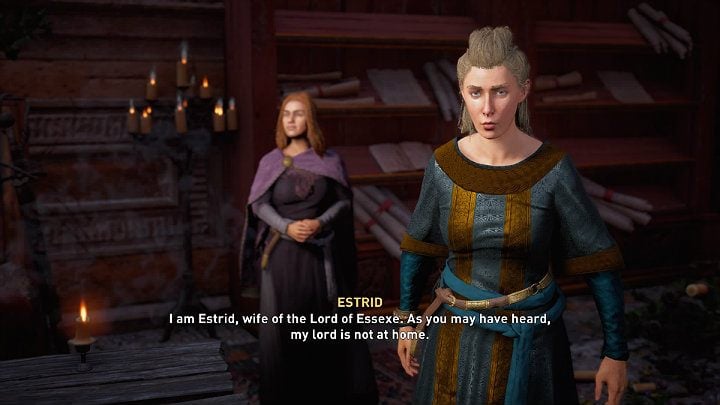 Go upstairs to talk to Estrid. Unfortunately, the task Birstan wanted to talk about cannot be discussed with his wife so you have to find the ealdorman himself. 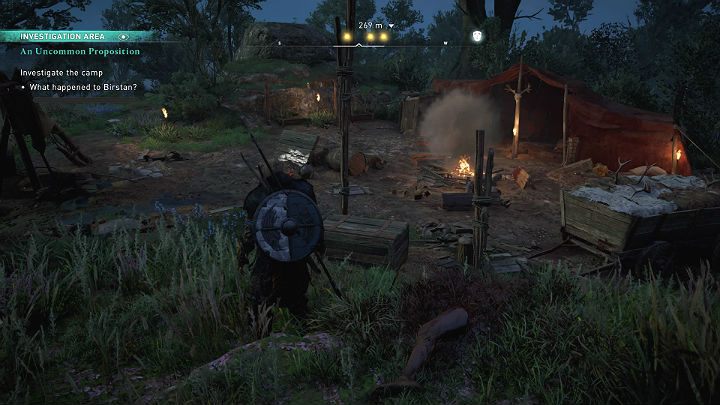 You will find the camp mentioned by Estrid to the southwest of the city. Once you are there, you will notice that the camp was attacked and there is no trace of the ealdorman.

You must conduct a short investigation and search the camp to find out what happened to Birstan. 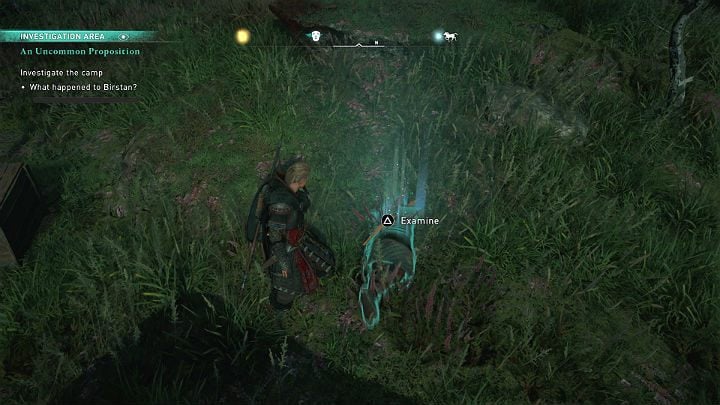 The first clue is the body of one of the soldiers, which was mauled by some big animal. 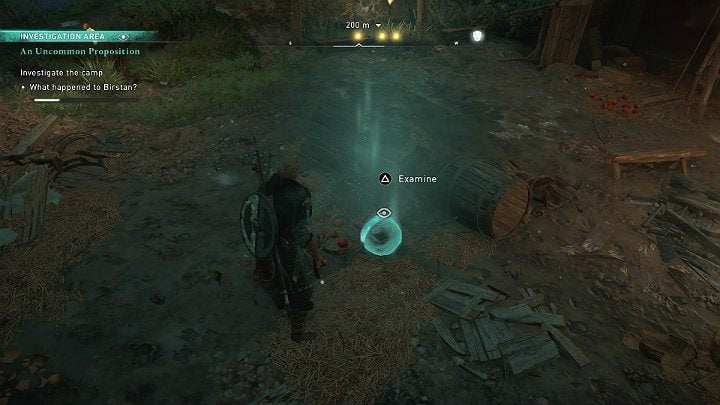 The second important lead are the scattered fruit, which suggests that it was a surprise attack. 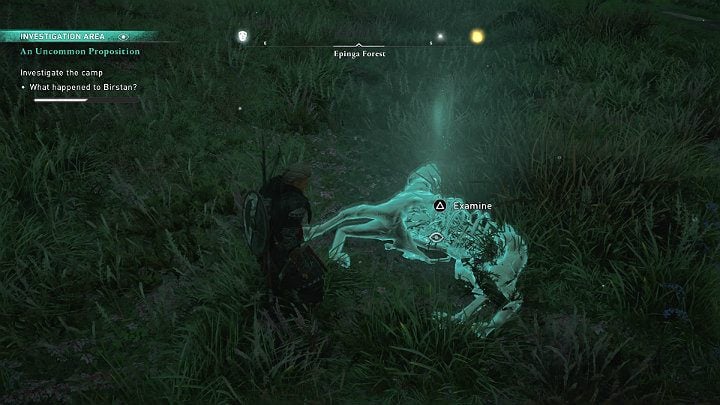 The next clue is the horse's carcass. The beast that attacked the camp was big enough to kill it without any problem. 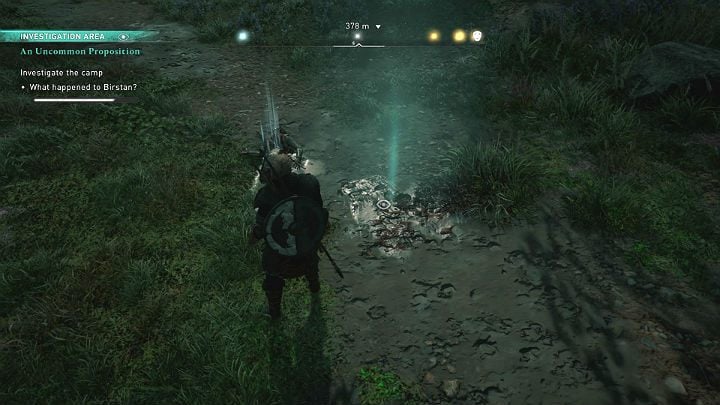 The last clue are the bloody tracks on the road, left by some big animal. 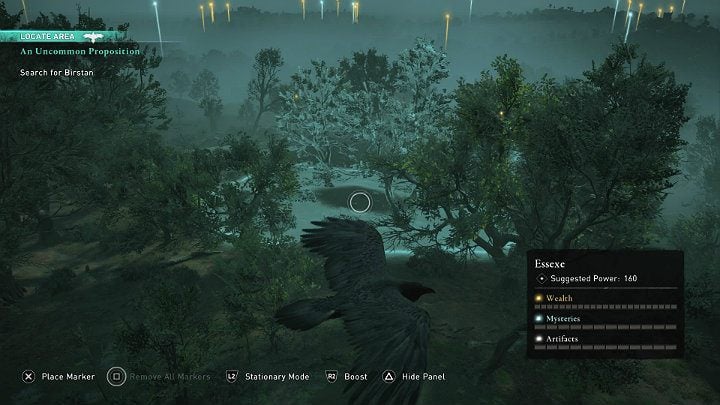 You will find Birstan near the camp. Use the raven to determine his exact location. 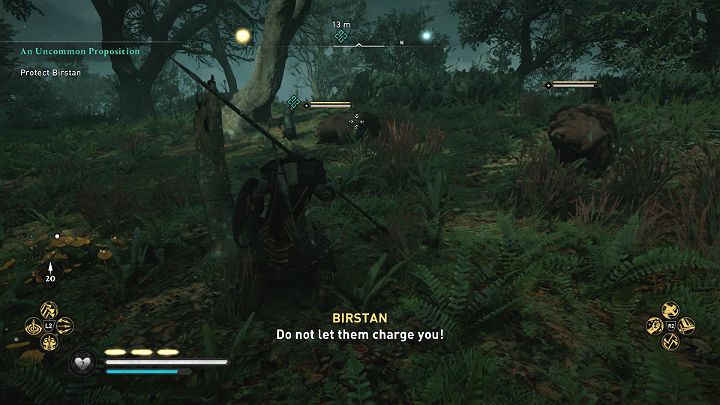 The Lord of Essex is fortunately all right, but he warns Eivor about the bears. Prepare to fight and finish off the beasts. 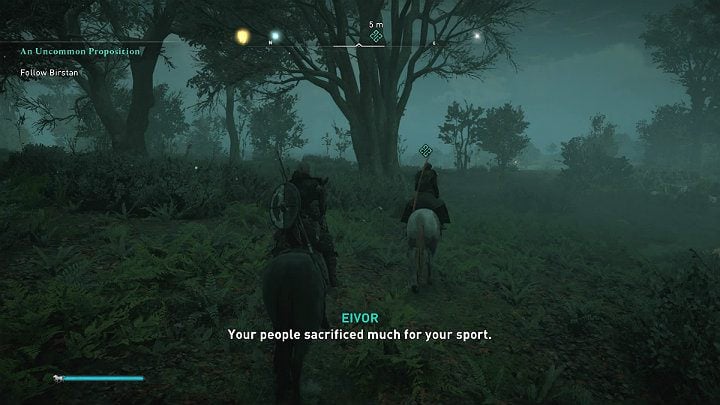 You will watch a cut-scene in which Birstan will invite Eivor to Colchester to discuss a certain delicate matter that has been bothering him for some time. Get on your horse and follow Birstan. 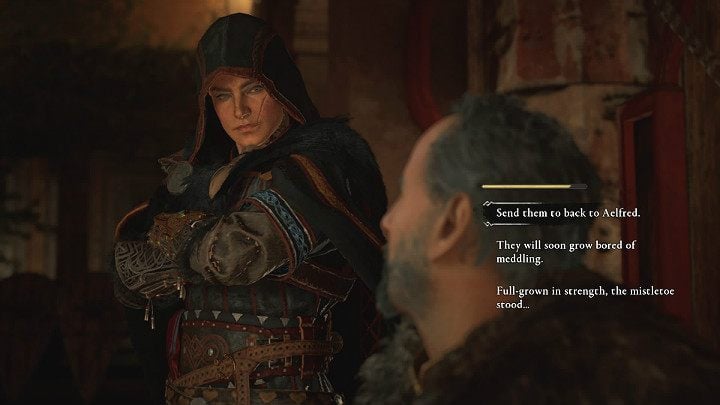 After you reach the ealdorman's house, you will witness Birstan's conversation with his brothers Eadred, Wyatt and Aldrich.

You can answer these accusations as you wish, because it will not matter much. All in all, in the end, they agree that Birstan is completely useless as a ruler. 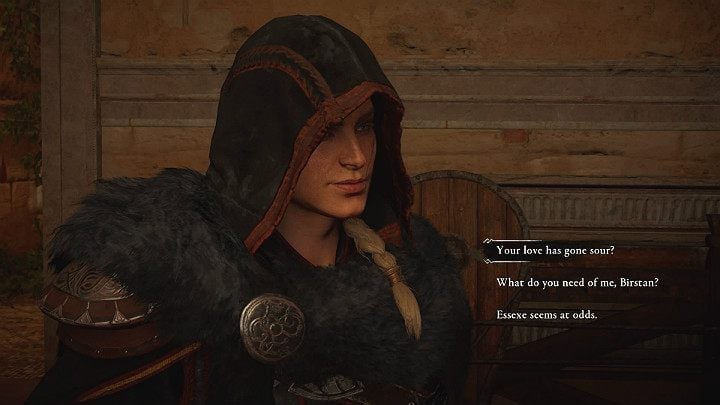 After the conversation, follow Birstan to his quarters to talk seriously. As it turns out, Birstan wants to get rid of his wife, and she wants to get rid of Essexe. The obstacle is that their marriage has been arranged and the political ties that bind them, will be difficult to break. After the conversation the mission will end and you will receive 5100 XP as a reward.