On this page of our guide for Assassin's Creed Valhalla you will find a detailed walkthrough for the mission titled A Brewing Storm.

The mission begins when Eivor returns to Ravensthorpe to inform Randvi about what happened to Sigurd at the hands of Fulke. When the gloomy news about his brother's fate come to light, it is time to make some difficult decisions. 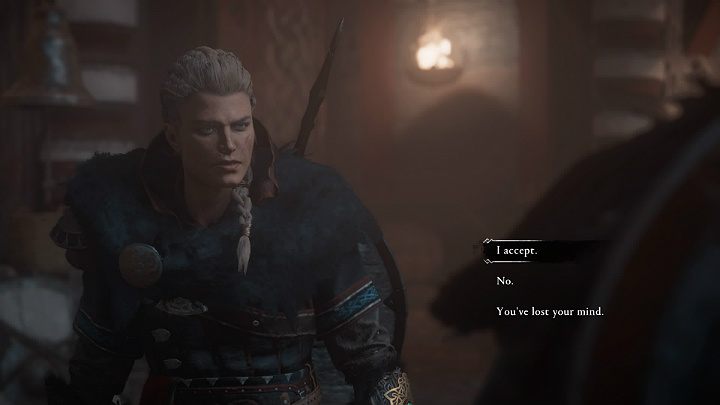 Rest in your room and then go outside to talk to Dag. The warrior challenges Eivor to fight for leadership over the clan until Sigurd returns safely. Before the start of the duel you can choose the following dialog options.

It doesn't matter which dialog option you choose, because eventually, you will have to face Dag in decisive battle anyway.

At first, Dag uses a one-handed axe with a shield in his off hand, with which he can parry the opponent's blows. Despite his massive build, he is quite good at dodging. 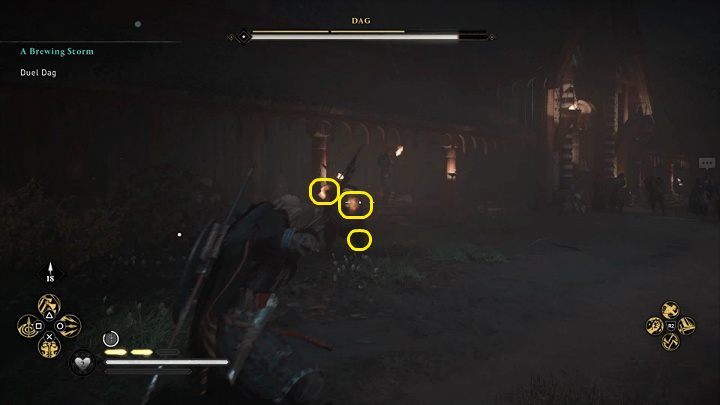 The opponent has three weak points: left forearm, right arm and left knee. When you hit them, Dag will be stunned. It is possible that as long as Dag is using the shield you will be unable to hit his forearm, but you can do it a little later. 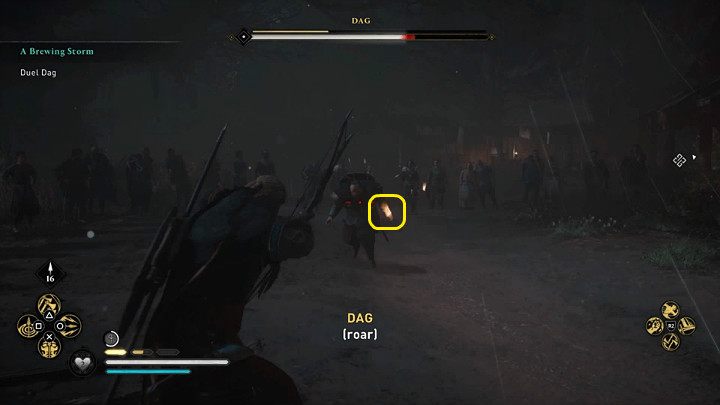 At some stage of the fight Dag will drop his shield and take another axe in his left hand. This is the perfect moment to hit his weak spot on the left forearm, or other points if they have not yet been hit, and stun the opponent. 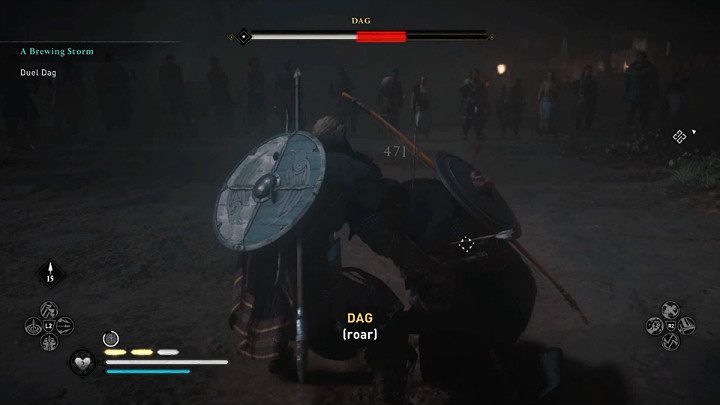 The stun opens the possibility of a very powerful attack, which will deplete about 1/5th of Dag's health bar. 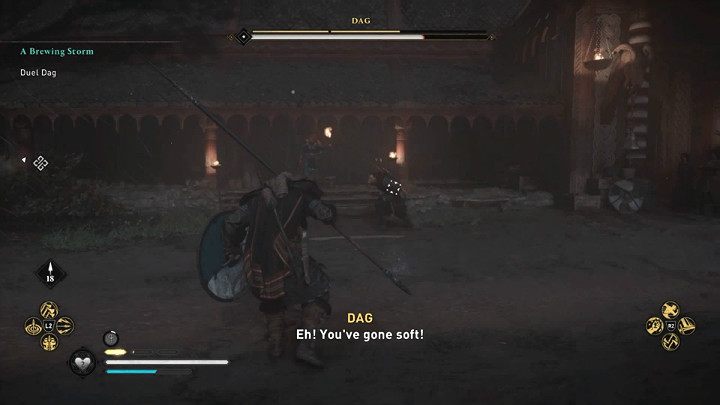 When fighting with two axes, Dag becomes much more agile and launches quick combinations of four or even five attacks. However, he does not use any unblockable attacks. 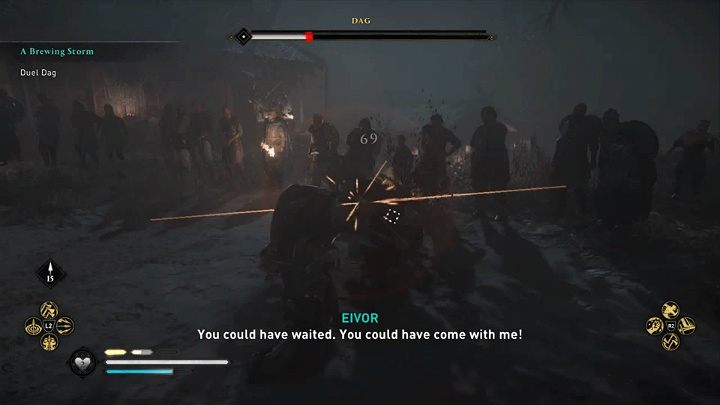 Dag's special attacks are indicated by a yellow flash of runes and can be blocked or parried without any damage. 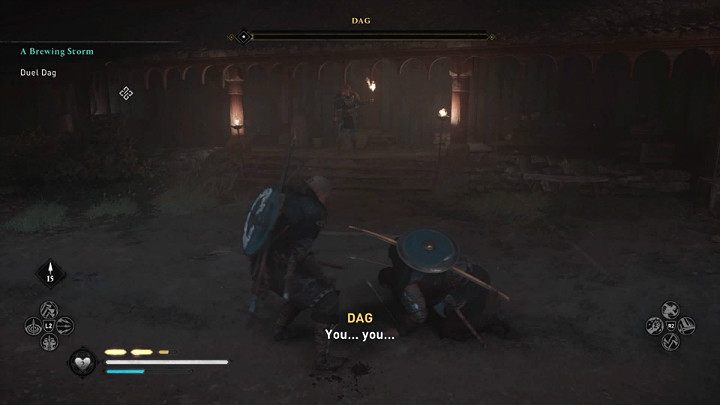 Avoid enemy attacks or block and use every opportunity to counter or keep your opponent at a distance and shoot him with the bow if you prefer this fighting style. In any case, Dag shouldn't cause you too much trouble and you'll beat him eventually. 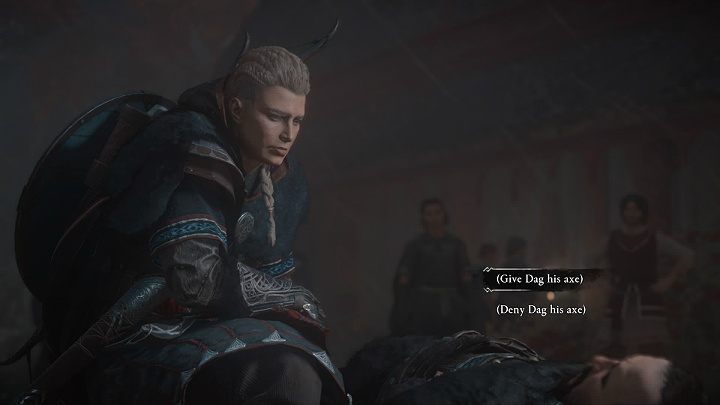 After winning the duel you can send Dag to Valhalla or refuse him glory in death. Your decision may have some consequences so think carefully.

If Eivor doesn't give Dag his axe, Sigurd will be very angry with your decision. This decision will influence Eivor's final score as a leader and the end of Assassin's Creed Valhalla.

After the movie cut-scene the mission will end and you will receive 1700 XP.