On this page of or guide for Assassin's Creed Valhalla you will find a description of an important choice in the Essexe region, which you will have to make during the mission called Old Wounds.

The choice takes place in the final stage of Old Wounds. When you and Rollo return his camp, all you find there is a battlefield: corpses of warriors and two tied prisoners. There is no trace of the rest of the Normans. Someone betrayed Rollo and Eivor must find out who it was. Gerhild and Lork are among the suspects. 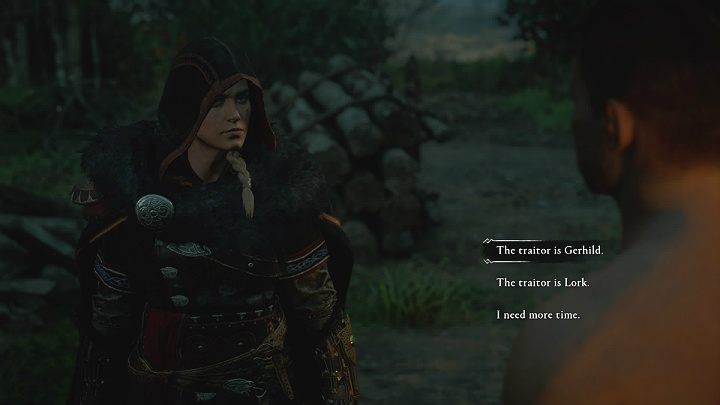 The traitor is Gerhild, and there there are numerous evidence of this. 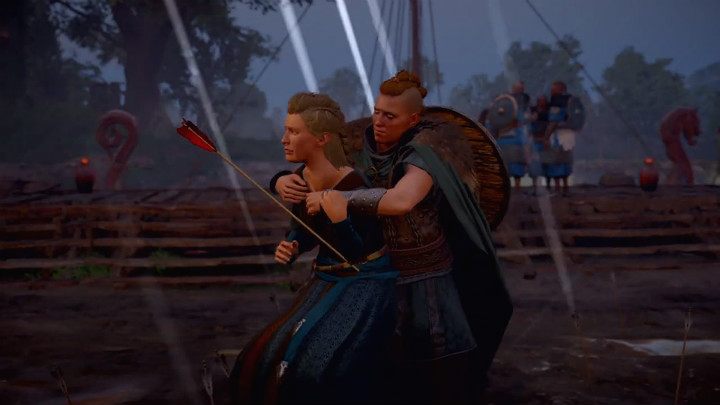 If you identify the wrong traitor and Gerhild survives, she will try to make it harder for Estrid to escape to France. When the soldiers start shooting, one of the arrows will hit Estrid. in the side The woman will be severely injured, but will survive and sail away from England.

If you point out wrong traitor traitor and Lork dies instead of Gerhild, Rollo will not change his attitude towards Eivor. The man will be loyal to the Raven Clan and will later join its raider crew.