This page of the Assassin's Creed Valhalla guide a detailed walkthrough of A Bloody Welcome quest.

Eivor kept their part of the deal and did what they could to capture Tedmund. It is time to go back to abbot Cynebert for information about Fulke. 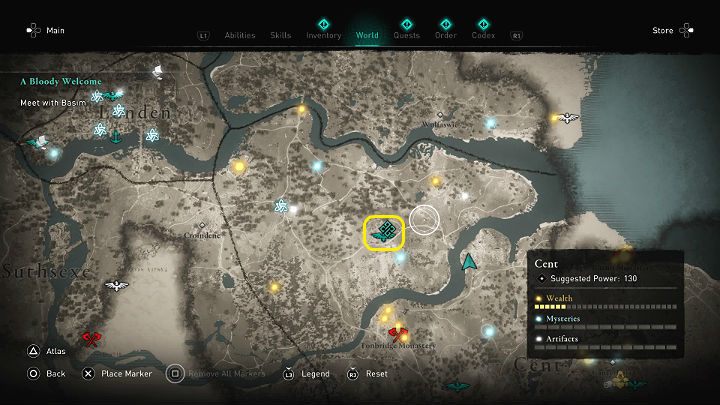 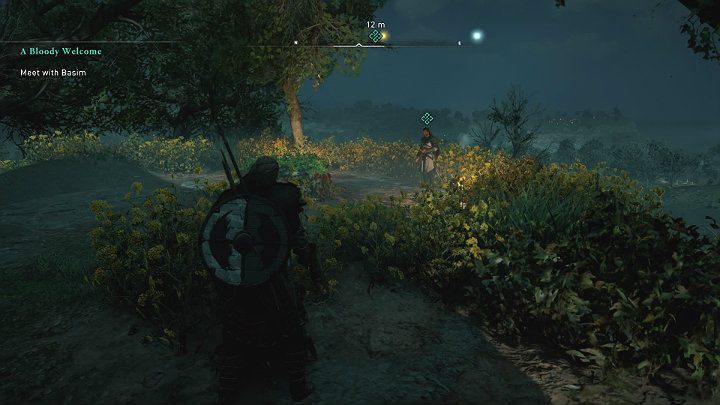 When you return to the abbey, you will not notice any of the abbot's servants nearby – the place is completely deserted. Talk to Basim – you will find out that the abbot is in his chambers and it is time to pay him a visit. 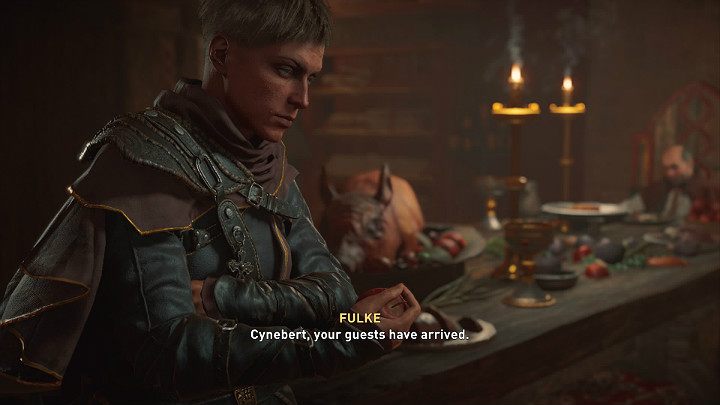 After entering the chamber, you will notice that paladin Fulke is waiting for you inside. Cynebert unfortunately did not survive this meeting. 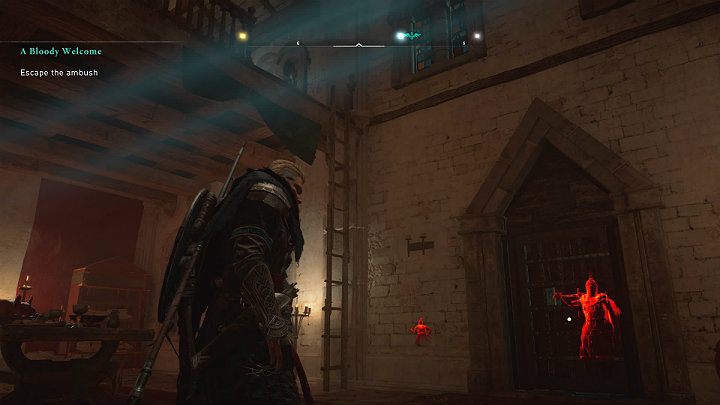 Fulke leaves the abbot's chambers and orders his people to eliminate Eivor and Basim. Go outside and eliminate the guards or use a ladder to reach the roof and move away from the abbey to avoid fighting. Once you are in a safe place, talk to Basim.

If you want to eliminate the guards quietly, use the exit to the roof and then perform air assassination or back attacks. 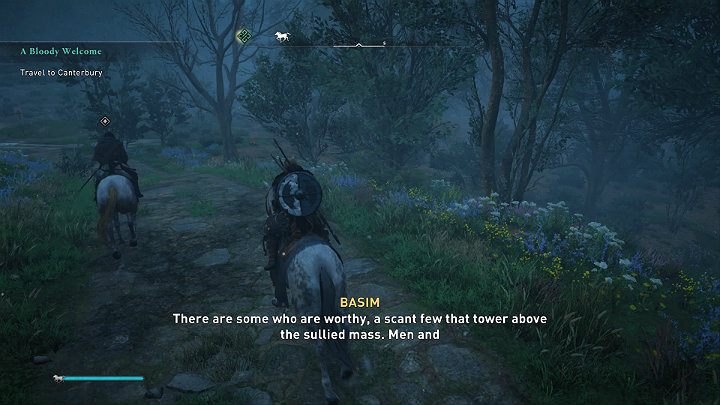 During a conversation with her guards, Fulke has revealed the location of her place in Canterbury. Eivor and Basim decide to check this trail in the hope of finding Sigurd.

Canterbury is a well-guarded city – if you want to move around unnoticed, you will have to use camouflage. 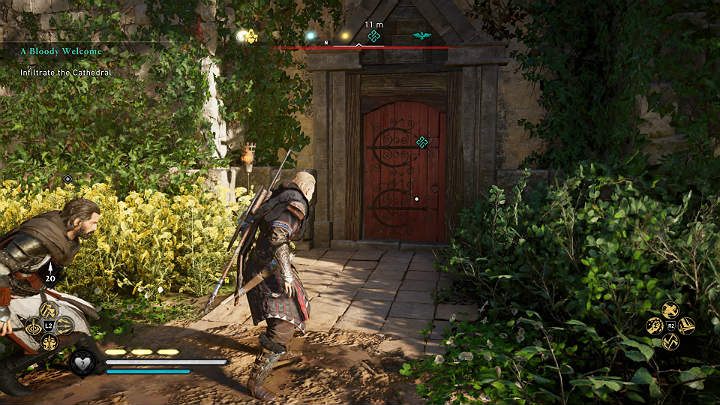 If you want to get inside the cathedral quietly, simply break the red side door together with Basim. 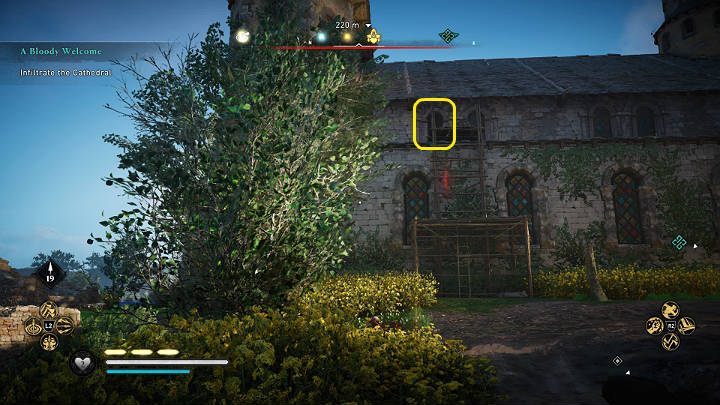 There is an alternate entrance to the cathedral – climb the scaffolding and go through one of the open windows. 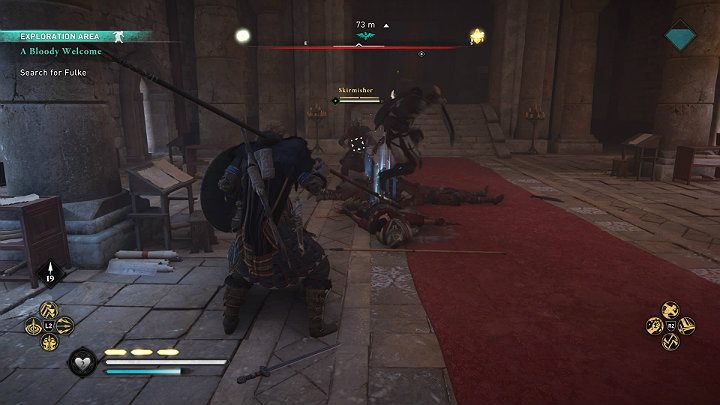 There are a lot of guards inside, including a few elite units. It seems that Fulke really wanted to lure Eivor and Basim into the trap. Kill the soldiers. 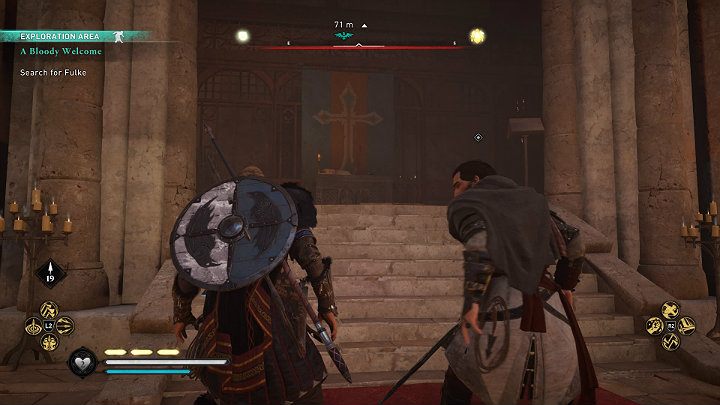 Then enter the recess with the green and red flag with a cross and move forward – you will come down to the crypt. Go underground. 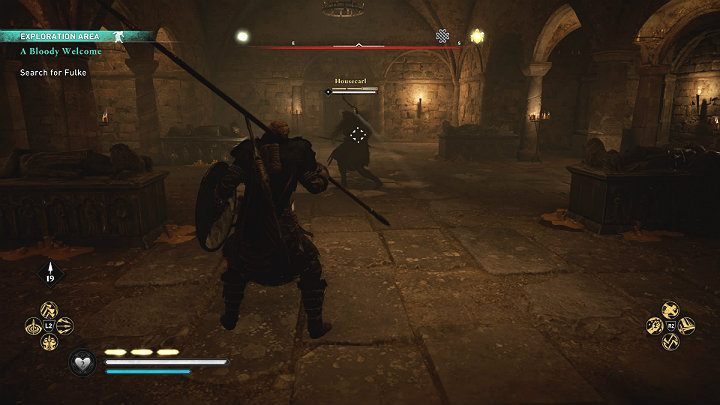 There is another elite enemy downstairs. Beat him to get the key to Fulke's room, and then open the door at the end of the underground chamber. 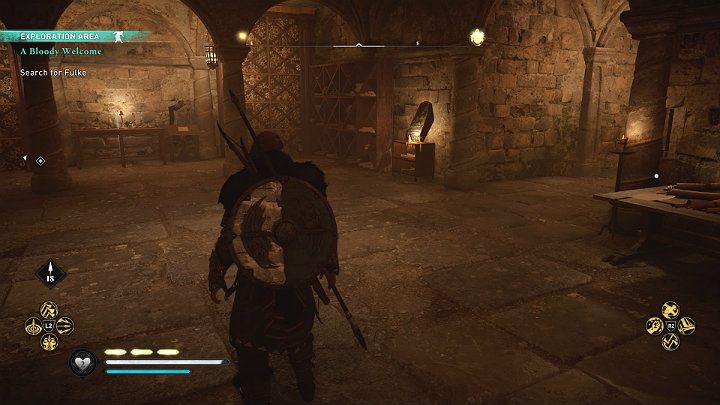 If you want, read the notes lying in the paladin's solitude. Then keep walking down the hallway on the right until you reach the red door. Open it and watch a cut-scene. 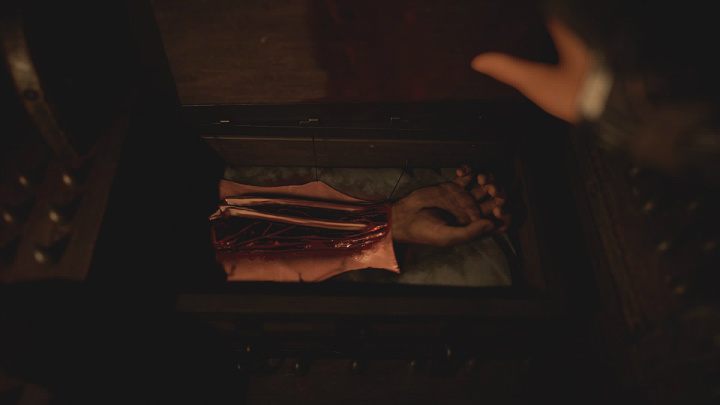 Unfortunately, Eivor did not manage to find Fulke and Sigurd. They found only an empty torture room and a chopped off forearm in a crate. The mission will end and you will receive 3,400 XP as a reward.