This page of the Assassin's Creed Valhalla guide has a walkthrough for the Puppets and Prisoners quest.

Eivor returns to abbot Cynebert with the message. Now he must come up with a way to deal with the future ealdorman. 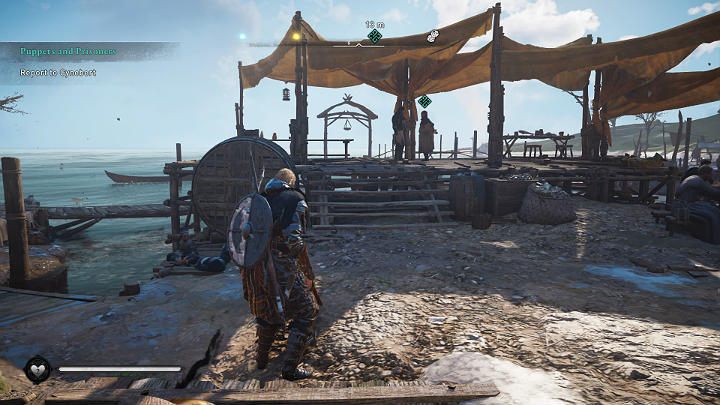 Go to a meeting with the abbot and give him the message – you will meet him at the port, accompanied by Basim. Cynebert will not be happy with how things went. Eivor will tell him about their plan. If everything goes as planned, Tedmund will owe his life to the abbot. 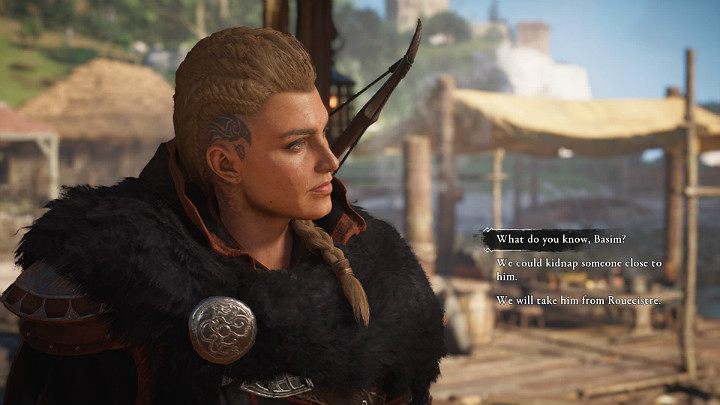 Basim will join the conversation. When you ask him if he is hiding something (the first dialogue option), he will tell you that he heard rumors that Tedmund has been lured out to personally supervise the work on fortifying Canterbury. 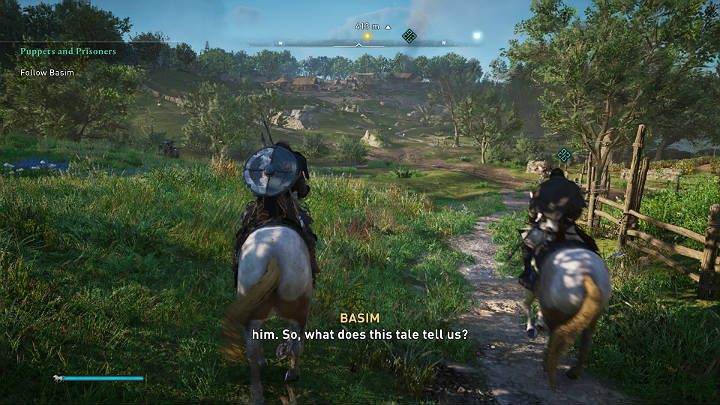 Get on your horse and ride with Basim to Beamasfield. While riding, Basim will dispel Eivor's doubts about the abbot's loyalty – if he does not give them Fulke, Basim will kill him himself and continue his search. 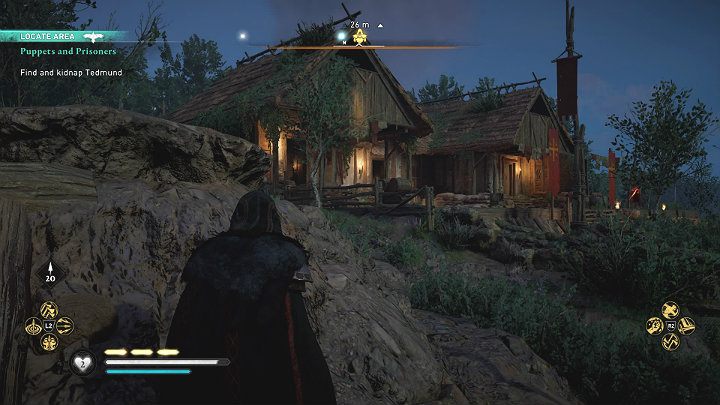 The Beamasfield settlement is well guarded. If you don't want to, you don't have to fight. You just need to sneak into the main building – the feast house. The man is inside or near this building. 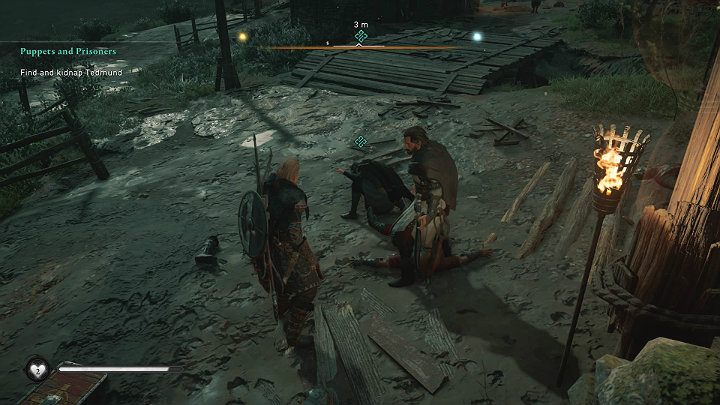 Tie him up, then pick up Tedmund and take him out of the camp. Put him on the horse's back and ride to the designated place – a clearing at Megality Medeuuage.

If Tedmund tries to escape and gets stuck on an obstacle, you may be unable to catch him. When that happens, shoot him with a bow or hit with a weapon – the option to tie him up should become available again. 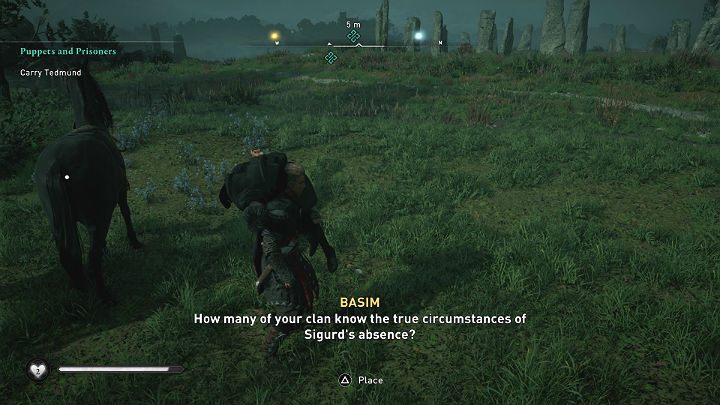 Put the man on the ground and watch the cut-scene in which abbot Cynebert rescues Tedmund from the hands of his torturers. However, it turns out that the captured man is not what he claims to be – he was paid to pretend to be Tedmund. 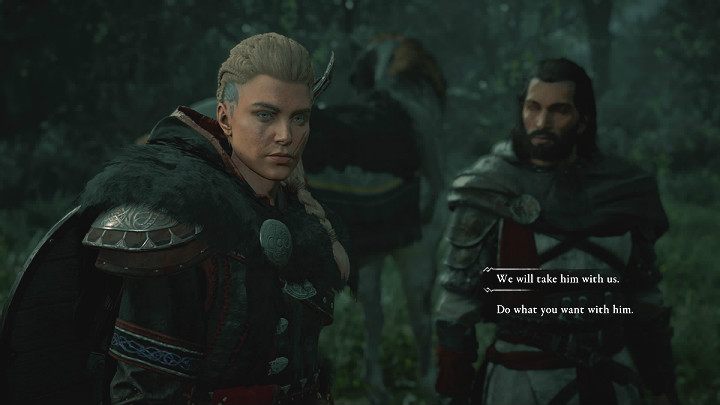 However, the fake Tedmund suggests a plan: Eivor and Basim can go to the nearby raiders' camp and protect them from Tedmund's soldiers. They count on the warriors to distract the enemy's attention during the attack on Rouecistre. You can decide what will happen to Shergar.

Of course, you can take Shergar with you and still be forced to eliminate the soldiers in the camp. 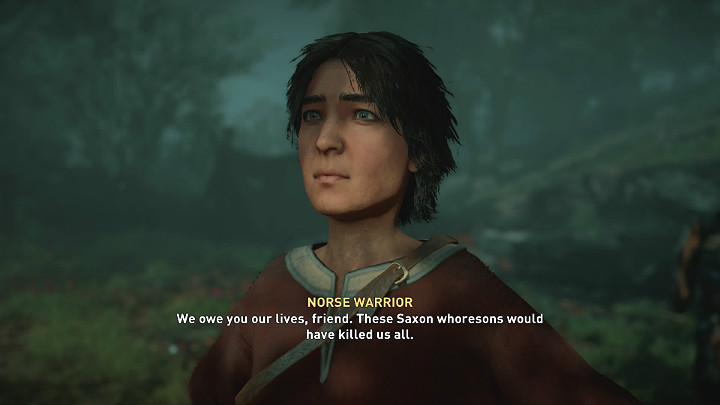 Regardless of your choice, your next objective is to talk to the captured Normans. As a thank you for releasing them, they offer their boats and weapons – you will need them for the upcoming battle. The quest ends after a cut-scene. You will receive 5,100 XP as a reward.