On this page of the Assassin's Creed Valhalla guide, you will find a detailed walkthrough of The Abbot's Gambit quest.

Eivor goes to Centu to find out where Fulke and Sigurd are. He hopes that Basim has already tracked them down. 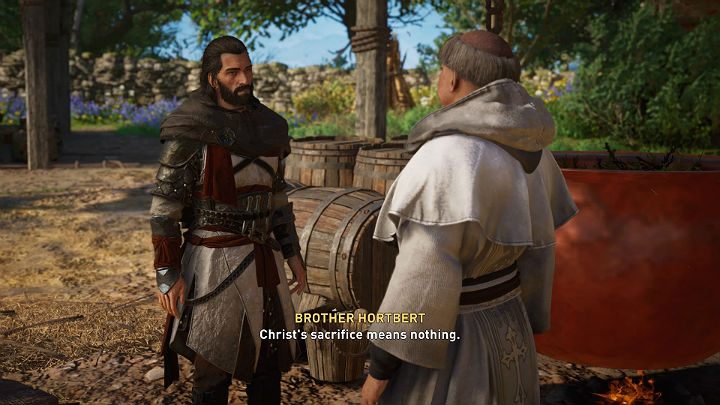 You will find Basima at the church talking with Brother Hortbert. Basim claims that Fulke is in Cent territory and has an idea of how to contact her, with a little help from abbot Cynebert. 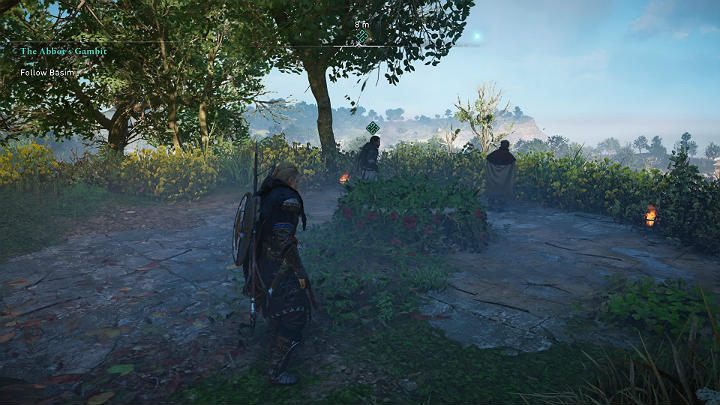 Go with Basim to meet the abbot. Cynebert will tell us that Fulke was here only a month ago. In exchange for information, the abbot will ask Eivor to help him solve a problem. Some time ago, ealdorman of Centu died. King Alfred has already appointed his successor, but he has not announced it publicly, and Cynebert must find out who he is. 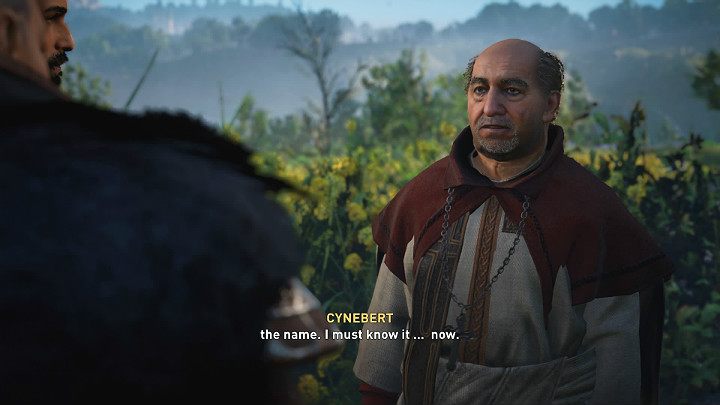 The abbot plans to intercept the royal messenger sent with a congratulatory letter to the new eladorman. Then you will have to think how to gain favor with him. 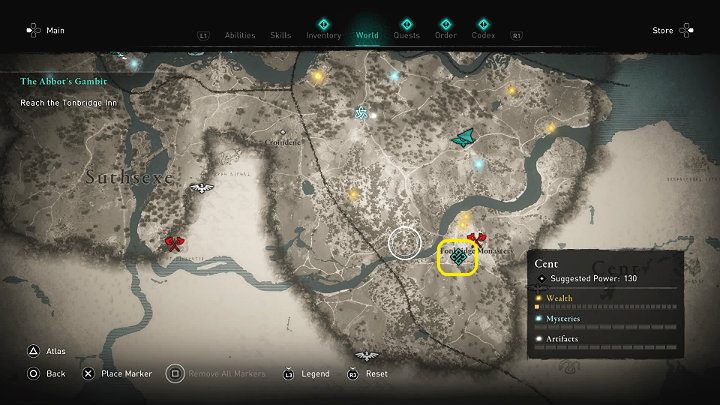 Go to a tavern in Tonbridge and ask for King Alfred's envoy and find out where they is. You must ask at least two witnesses. Some of them will not be eager to talk and will have to be persuaded by force, while others have to be paid. 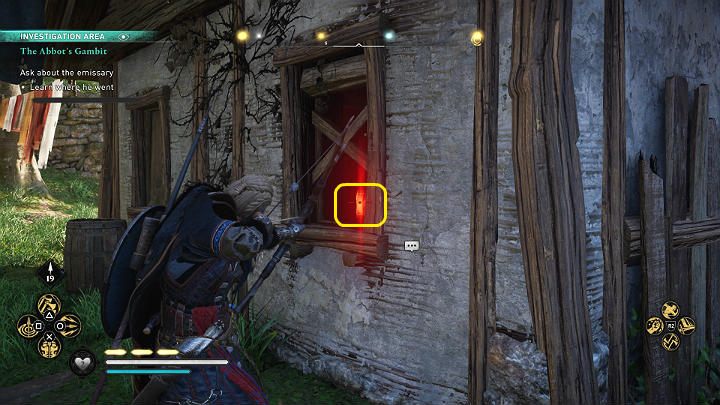 You will find first significant informer in a cell. To get inside, you have to shoot the lock through the window. 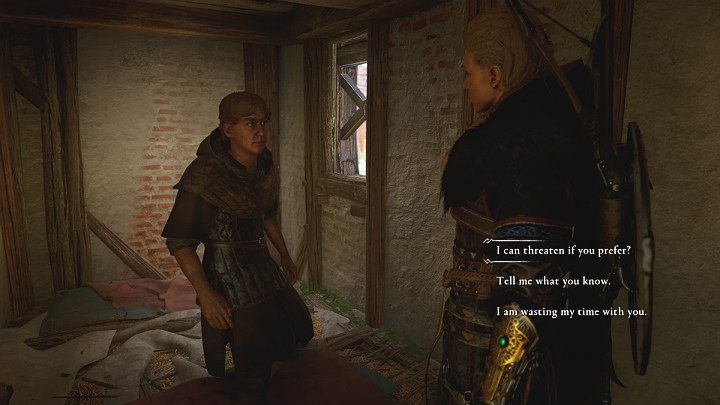 When talking to the man, threaten him and he will say everything he knows. 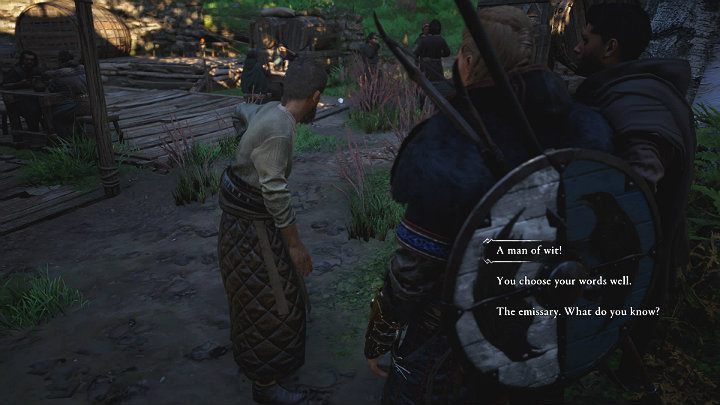 A man in grey clothes standing outside the tavern will give you additional information for free if you praise him a little.

From informants, you will learn that the envoy was seen in the company of the bard, Gowan. The men started a riot and went together to the grove by the bridge.

Find and speak to the bard 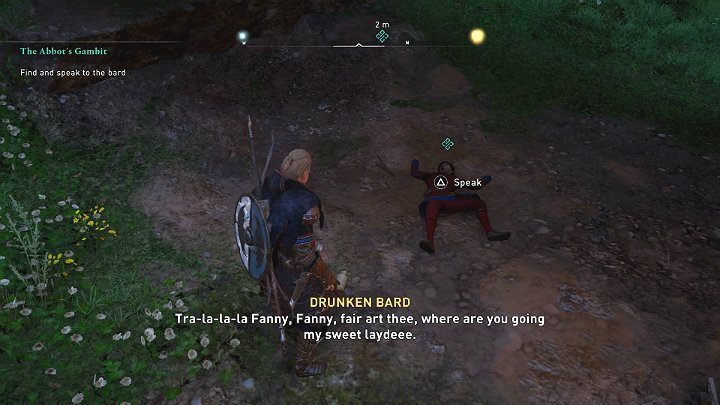 You will find the drunken bard exactly where he was last seen, under the bridge. Unfortunately, in this state you will not get anything from him. 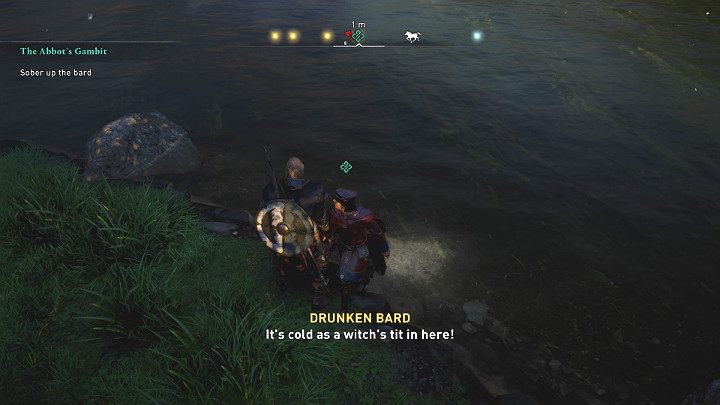 Pick up the man, then immerse him in the river, and he will sober up immediately. Now you can talk to him. 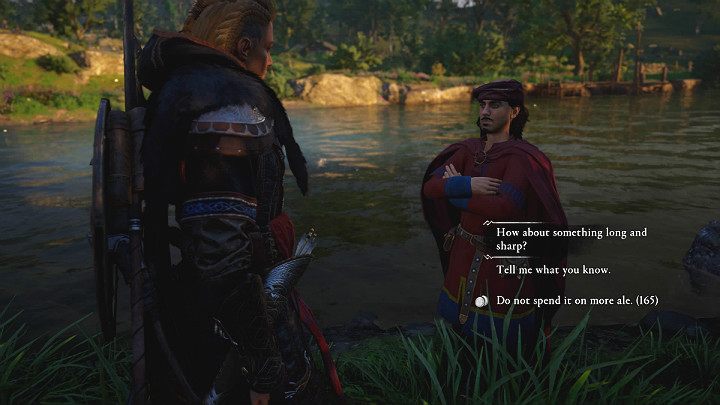 Bard will suggest that he deserves some reward for such valuable information. If you threaten him (first dialog option), he will tell you everything right away.

Find and get the message 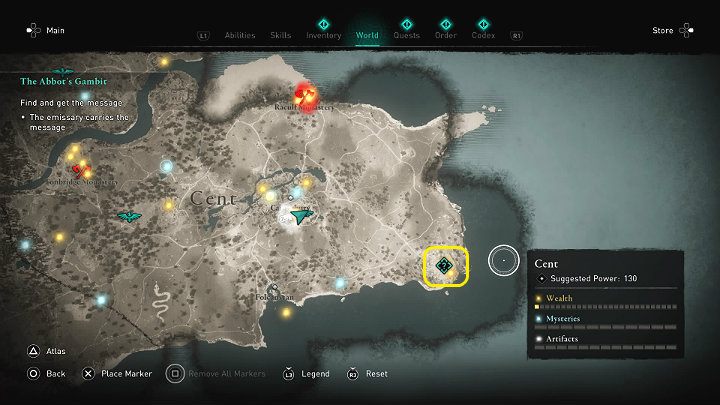 The envoy was heading for the white coast in the southeast, to Dover Fortress. It is time to go there and take his message. 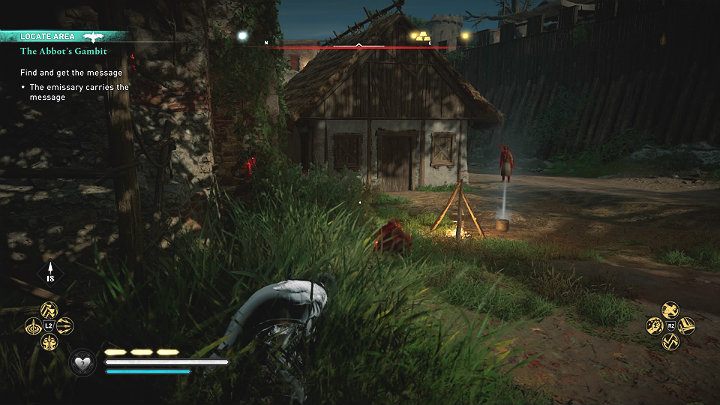 Dover Fortress is thoroughly guarded. You can try to get a letter without having to deal with the whole garrison - just sneak up on the informant. You can also decide to fight and call for your warriors - the choice is yours. 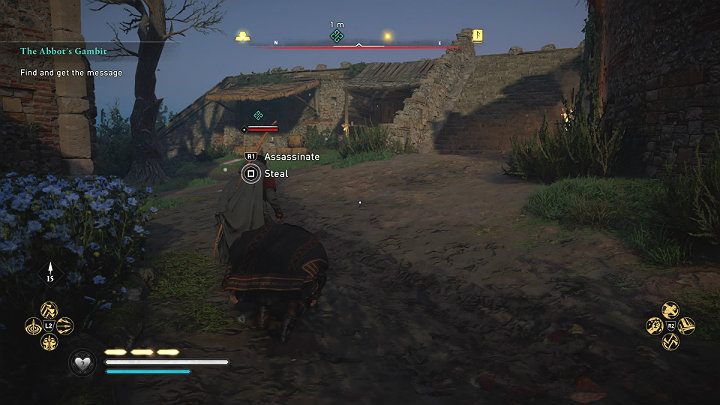 You will find the envoy on the ground floor in the tower in the company of several guards, but he will move away from them from time to time. You can get the message in two ways: eliminate the man and take the message from his body or sneak up on him and steal the letter.

The messenger may be in a different place, but always within the guardhouse. Just use the raven and locate the man. 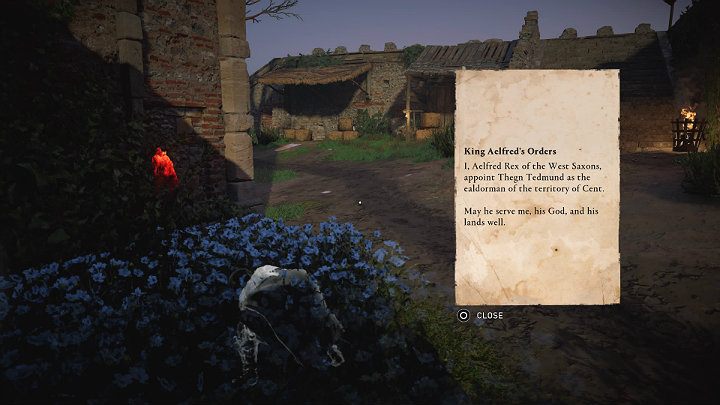 From the message, you will learn that King Alfred has appointed Tedmund to be a new ealdorman of Cent. After obtaining the letter, the mission will end and you will receive 5 100 XP as a reward.