On this page of our guide for Assassin's Creed Valhalla you will find the description boss fight against Ivarr. You will find out when you will fight Ivarr, what attacks the boss has at his disposal and how to avoid them, as well as how to defeat him efficiently and quickly.

The boss fight with Ivarr The Boneless takes place during the story mission called King Killer. Eivor and Ivarr capture Caustow Castle and eliminate King Rhodri. After the deed is done, Ivarr states that the saga they wrote together with Eivor must have some kind of ending and admits to having murdered Ceolbert, which will lead to a fight.

Ivarr is an extremely fast and agile opponent who uses two one-handed axes in combat. Because of this, he can perform various combo attacks, such as a simple attack with one weapon followed by an unblockable one with the other, it is difficult to predict his attack pattern. Ivarr also likes to make quick slides, rolls or dodges and launch surprise attacks. 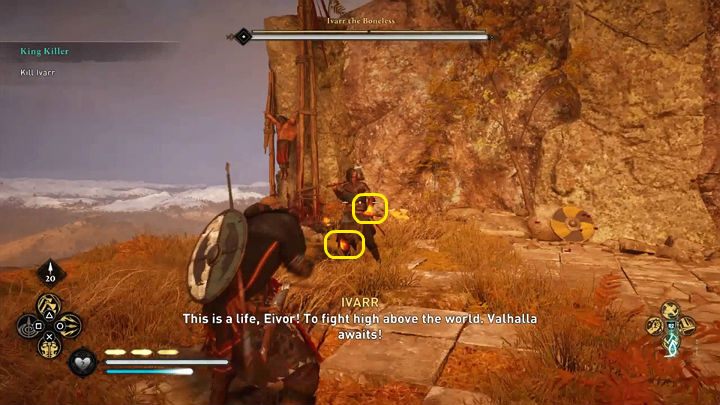 As always, the ideal start of a boss fight is to hit his sensitive points. In thecase of Ivarr, these are the right knee and left wrist. It is hard to hit the wrist because the shots may bounce off elements of the enemy's armor, but a shot should finally reach the target so it is worth trying. 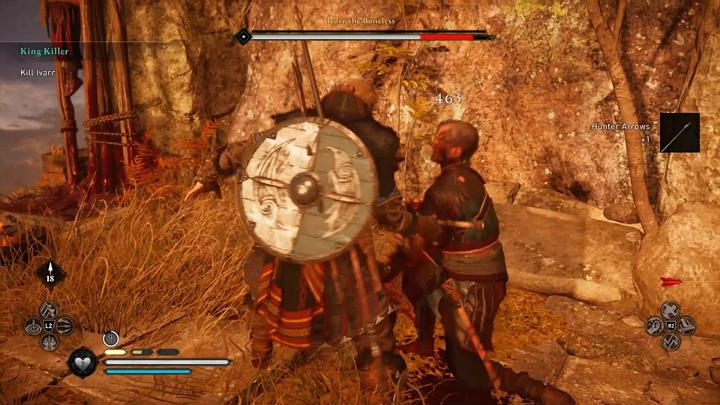 When your opponent is stunned, you can launch an attack that will remove about 1/4 of his health bar. 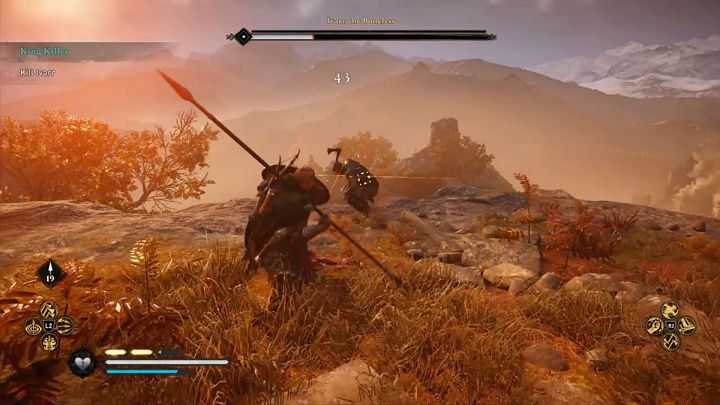 Ivarr's basic attacks are indicated by a yellow flash. You can dodge, block or parry them. Attacks indicated by a red rune flash must be absolutely dodged as they cannot be blocked. When you manage to avoid a strong attack, Ivarr will lose balance for a moment and this is the perfect time to launch a counterattack. 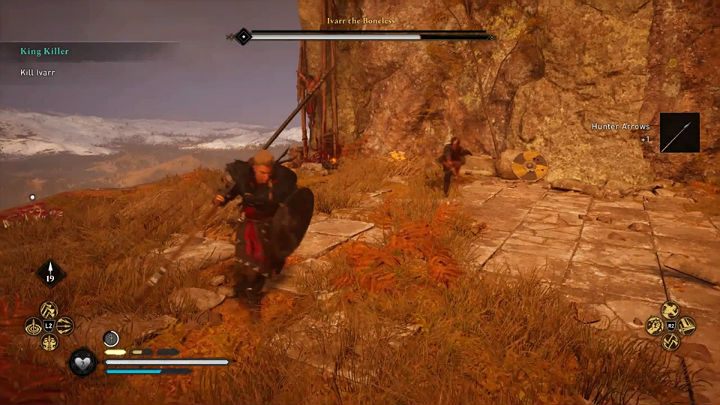 If you keep your opponent at a distance he may start throwing axes - block or dodge them. 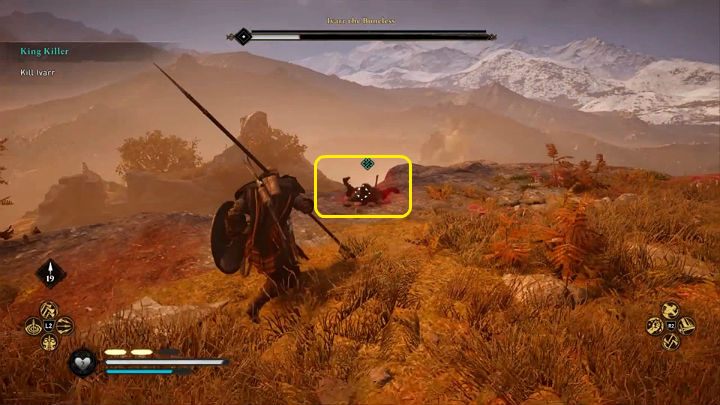 Ivarr is also a great wrestler, so as soon as he sheaths his weapons, starts preparing for a jump, and a red rune flashes around him, it's a sign that he'll try to grab his opponent by the legs and throw them off a cliff - you can defend yourself against it by quickly pressing the button responsible for block (L1/LB). Falling from such height will cost Eivor about 1/3 of health bar. The fight will then move to the lower level of the hill. 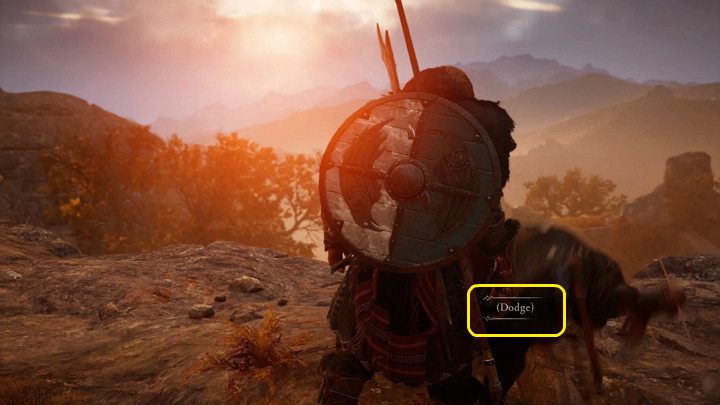 At some point Ivarr will want to distract you and try to lure Eivor into a conversation. This is a trick to create an opening for a surprize attack, so be prepared to dodge. 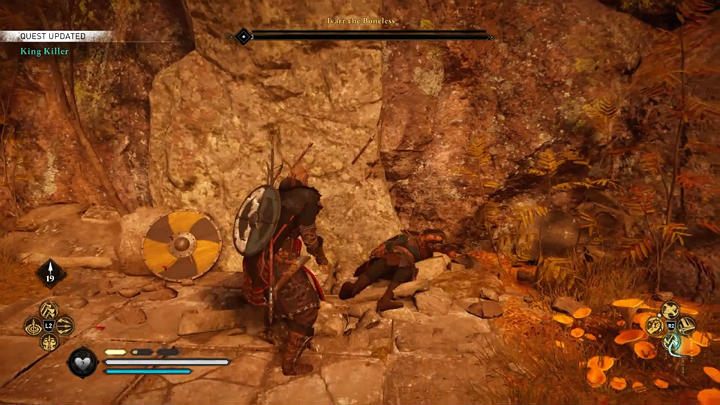 Don't let yourself get caught, dodge his attacks and launch quick counters, and you should be able to deal with Ivarr efficiently.

In the arena you will find a lot of mushrooms that can replenish your lost health or adrenaline.