On this page of our guide you will find the answer to the question what the endgame phase is in Assassin's Creed Valhalla. You will learn what are the basic assumptions and attractions of endgame in AC Valhalla and when exactly you will advance to the endgame phase. 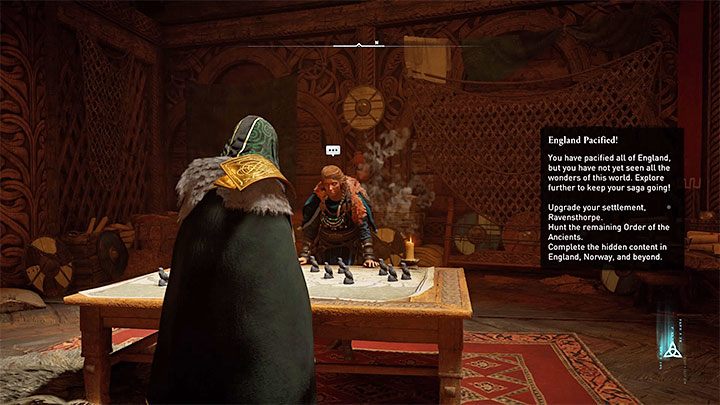 The endgame phase in Assassin's Creed Valhalla does not start immediately after the most important part of the campaign, i.e. completing the storylines of Sigurd and Eivor in Hordafylke and modern storyline of Layla.

You still have to take care of the last storyline in England - the Hamtunscire region saga. This region is unlocked on the Alliance map as the last one. After completing a series of quests in Hamtunscire, you will receive confirmation of the "pacification" of whole England and this equal advancing to the endgame phase.

As part of endgame you can simply deal with all the optional things you missed while completing the main part of the campaign. The list of activities to be performed includes: