On this page of our guide for Assassin's Creed Valhalla you will find a description of the boss fight against The Compass. You will learn when you will fight The Compass, what attacks the boss has at his disposal, and how to avoid them, as well as how to defeat him efficiently and quickly.

A duel with The Compass takes place while completing the story mission Smashing the Compass. Eivor, Stowe and Erke got rid of The Arrow and The Leech to lure out their boss, The Compass, to Lunden. In the harbor, Eivor engaged in a duel with the member of the Order of the Ancients. 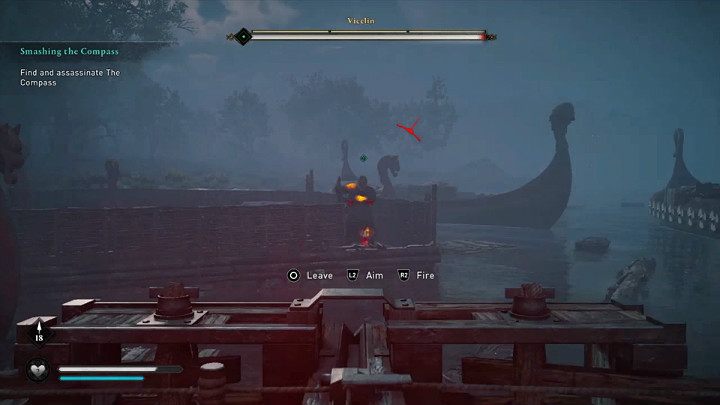 Vicelin (The Compass) is a powerful man who uses a two-handed flail in combat. Before you start the boss fight, it is worth to use the nearby Springalds and shoot several projectiles at the boss. You have only 3 shots before your opponent destroys the weapon so aim at the sensitive points: left elbow, right elbow and left knee. 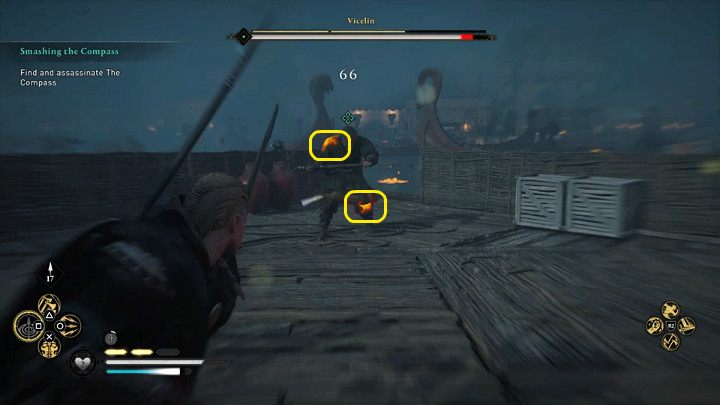 If you don't succeed with the first attept, use the Focus of the Nornir skill or just aim well and hit the boss' sensitive points. 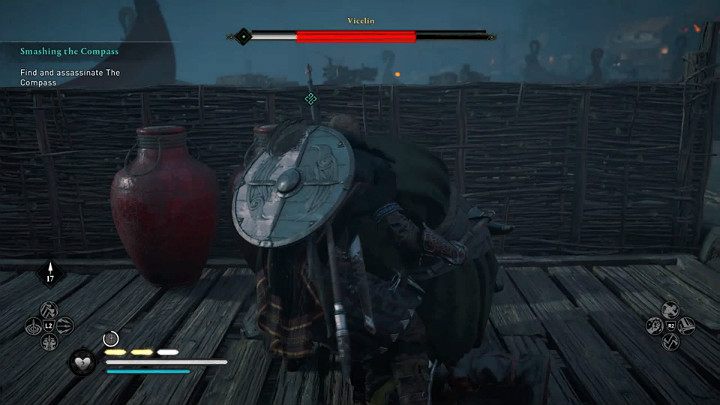 This will bring your opponent to his knees and expose him to a powerful attack that will deprive him of about half health bar. 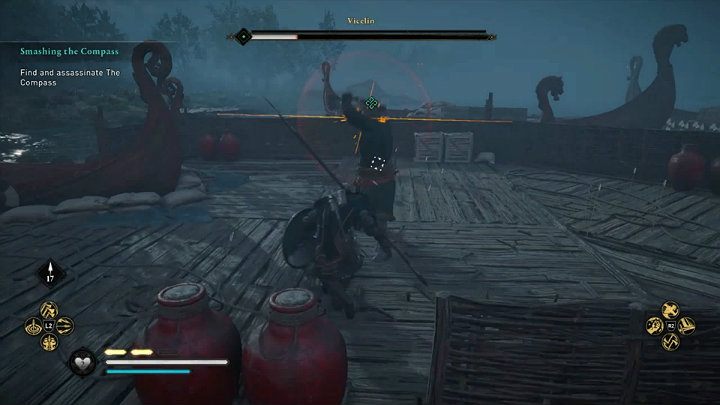 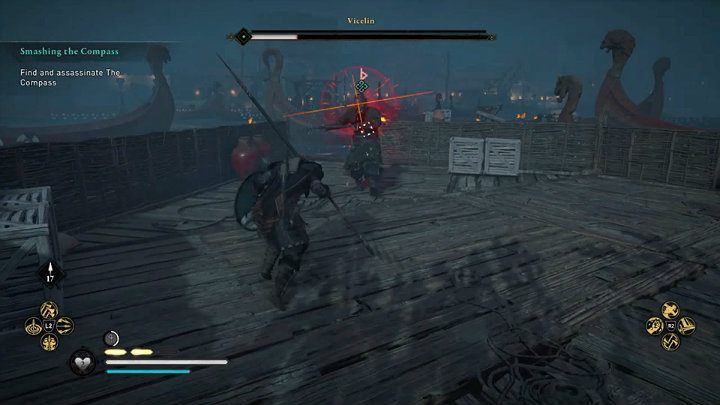 Watch out for the red flash, which announces a powerful attack that cannot be blocked so you will have to avoid it. The Compass can, for example, catch Eivor and throw him into the sea or swing the powerful weapon and attack from the hip. 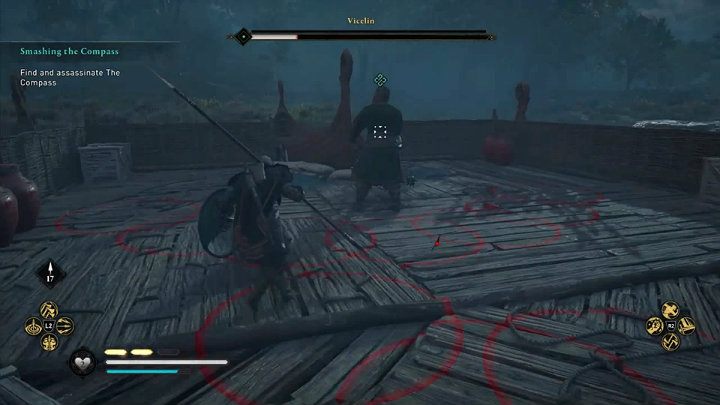 The Compass' special skill is the ability to call for reinforcements and order to attack the deck on which the fight is taking place. Nearby Springalds will then fire a rain fo arrows that will fall in the marked place. When the shots are coming you can either avoid them or block with your shield. 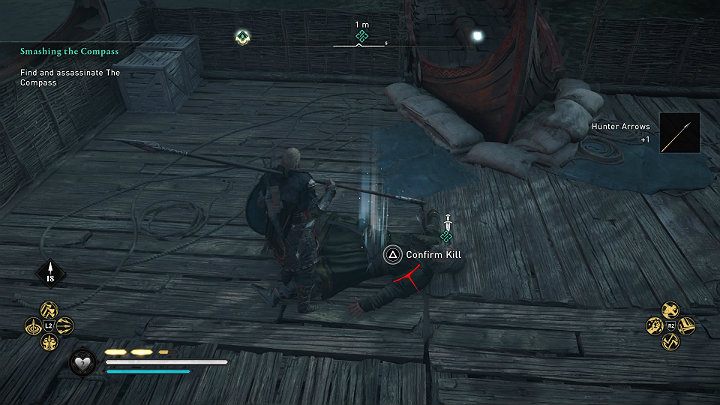 When your opponent is defeated, remember to confirm the killl and the fight will be over.