On this page of the Assassin's Creed Valhalla guide, you will find a detailed walkthrough of the Firing the Arrow quest.

Eivor and Stowe from Lunden are working together to track down The Arrow – one of The Compass's people. Eivor hopes that when his underlings are eliminated, The Compass will come out of hiding straight into their hands. 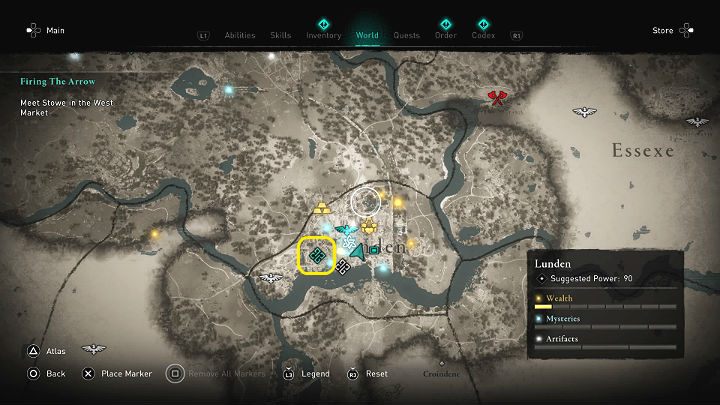 Meet Stowe in the West Market 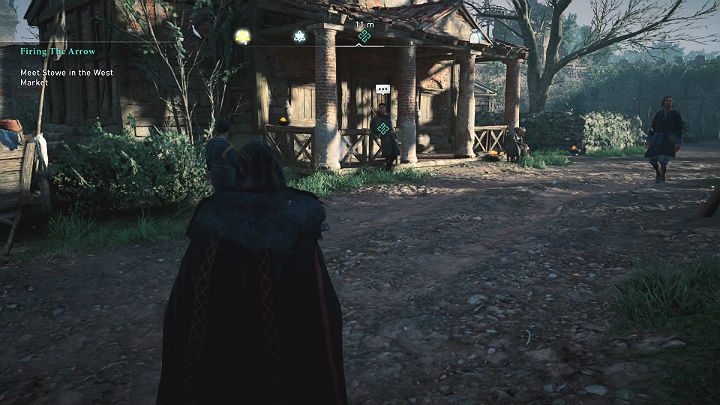 Go to a designated place to talk to Stowe. The sheriff will tell you that he has heard rumors about a certain man from whom you can get a coin to enter the tournament organized by the Arrow.

When moving around the market, you must be careful not to be detected by the guards. You can get a coin in several ways. 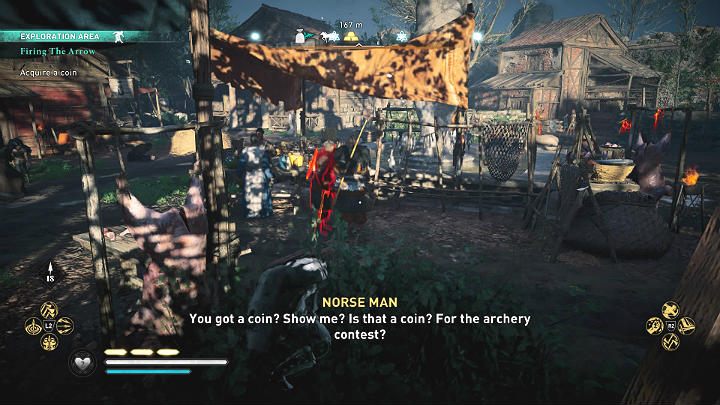 At the market, you will find people whispering about the tournament – they already have the coins. You will find out that the coins are distributed by Hussa. 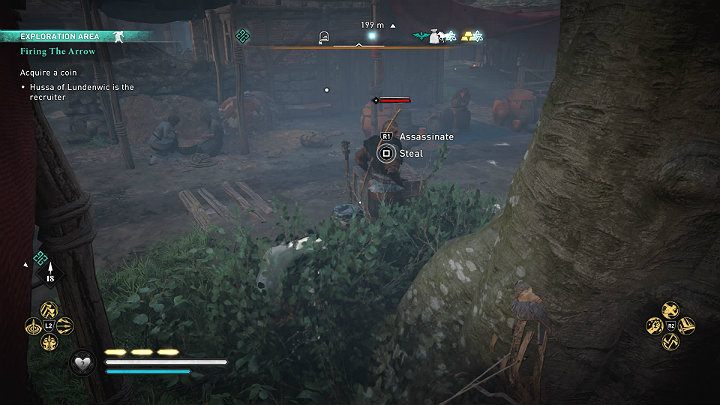 If you want, you can immediately rob one of the hunters at the market and thus get a ticket to the tournament. 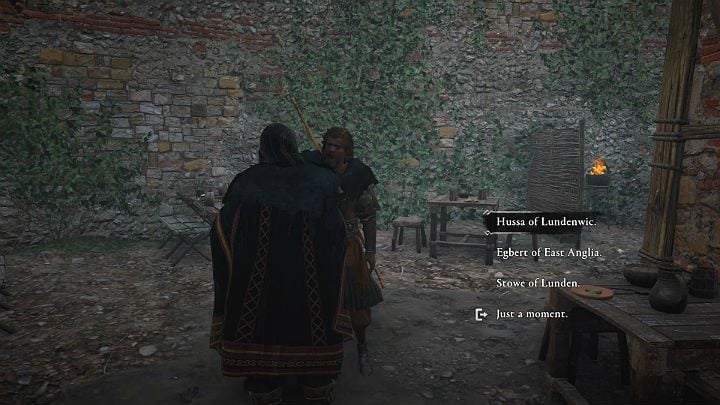 The next person who has a coin can be found in a small grove on the right.

Go to the Londinium Amphitheatre and talk to the Norman warrior. 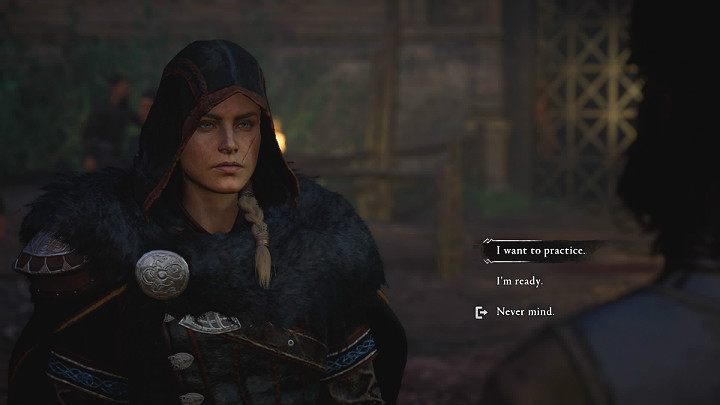 You will have to test your accuracy. If you want to practice a little bit, you can decide to finish the training round before starting the competition. 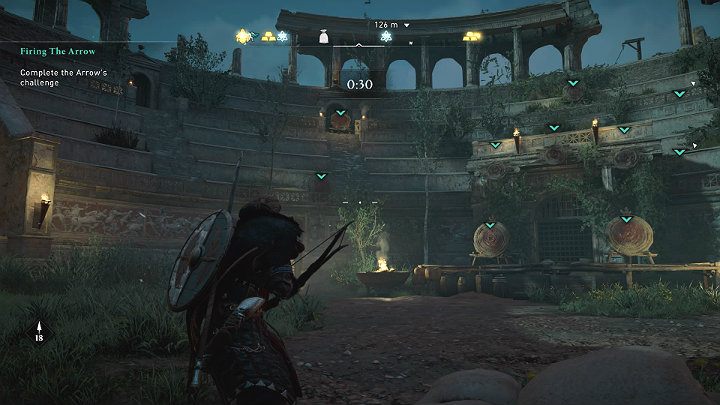 The rules of the tournament are very simple. You just have to hit all targets before the time runs out (30 seconds). Remember that when aiming at the targets located farther, you have to aim at the upper part of the shield for the arrow to hit the target. If you succeed, Eivor will be given a chance to meet the Arrow.

Find and assassinate The Arrow 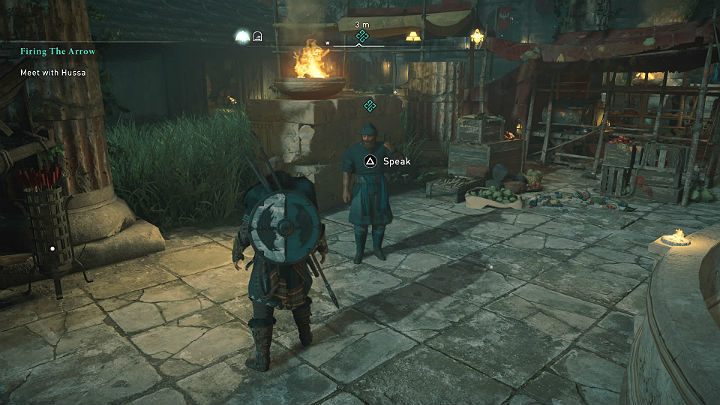 Go to the Imperial Arch and talk to Hussa. Watch a short cut-scene during which Avgos will give his speech. 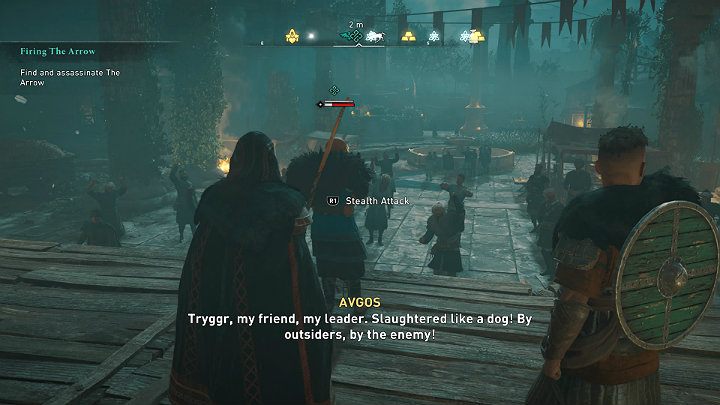 He is the Arrow. Approach the man and stab him with the hidden blade.

If you don't kill the Arrow with one attack, he will start escaping. Catch him to complete the quest. 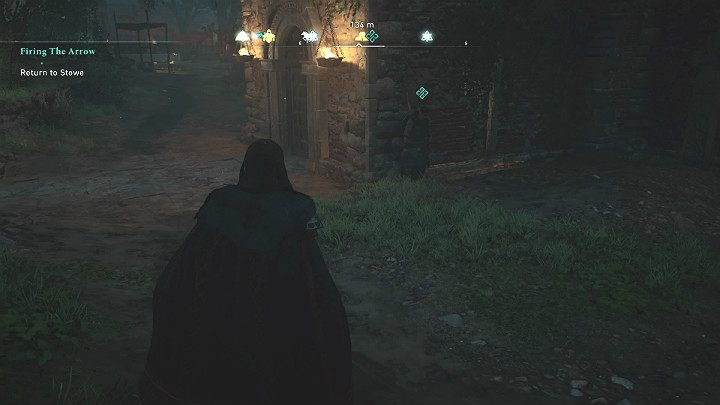 After that, return to Stowe to report back to him and complete the mission. You will receive 5100 XP.