On this page of Assassin's Creed Valhalla's game guide, we explain how to solve Halewyn's puzzles. Solving the puzzle is required to advance in the storyline of the Glowecestrescire region. 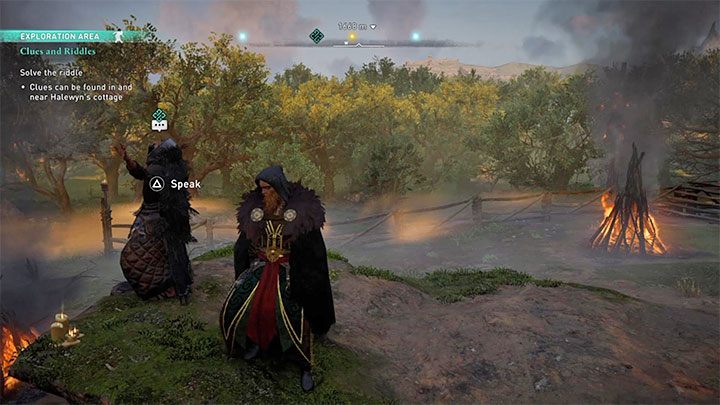 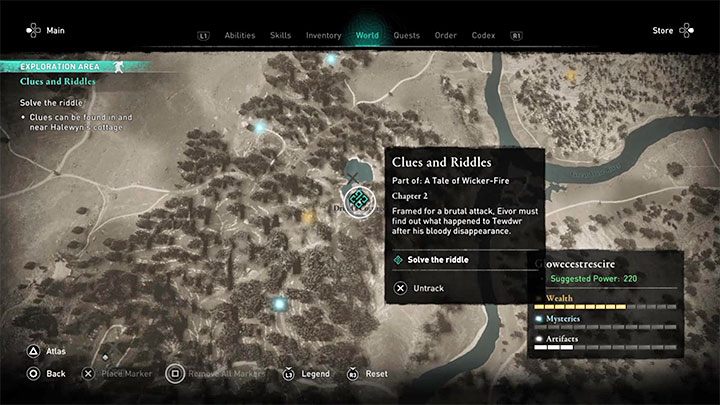 You have to solve the puzzle as a part of the Clues and Riddles quest - this is a part of the second chapter of the Glowecestrescire region. During this mission, Eivor has to visit Halewyn the Druid in his Druid's Cottage. From the conversation with the druid, you will learn that you have to pass his puzzle-test. 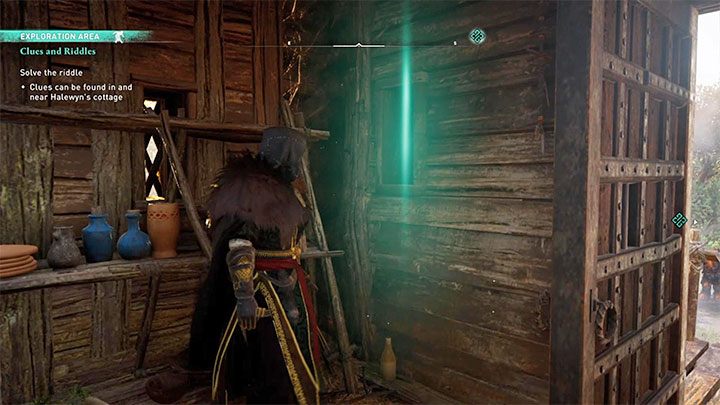 For the purpose of passing the puzzles, find 6 traces near the place where Halewyn resides. Odin's Sight will help you find them - they are marked with a blue color.

The first trace is inside the cottage - Athame Dagger. 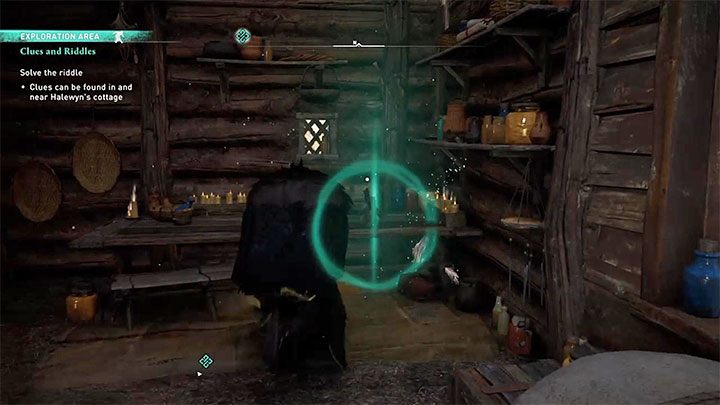 The second trace can also be found in the cottage - Threefold Death. 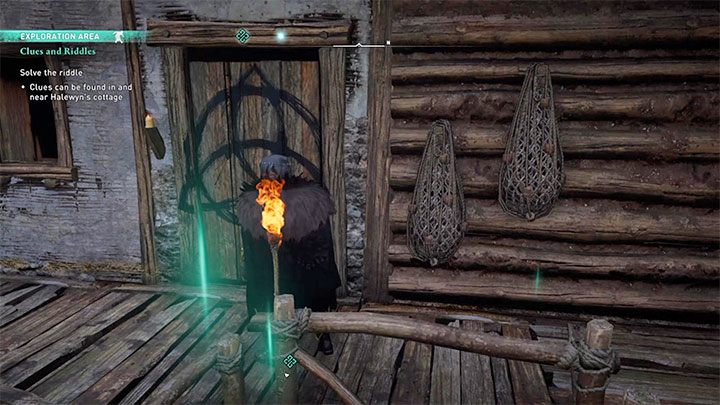 The third trace is painted on the outer door of the cottage - Celtic Wick. 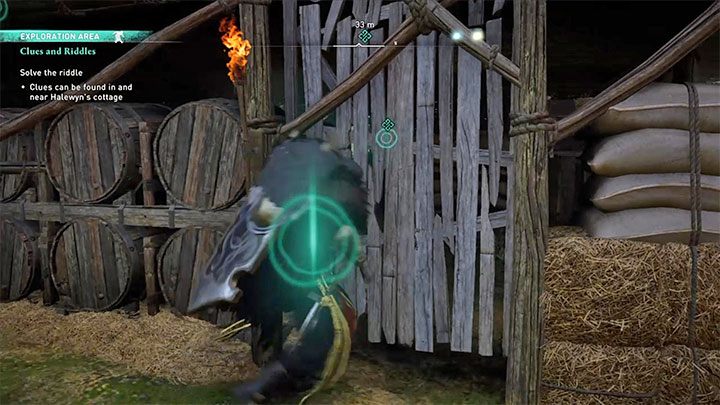 Thefourth trace is located under the cottage. Destroy the boards shown in the picture to get to it - Double Spoon. 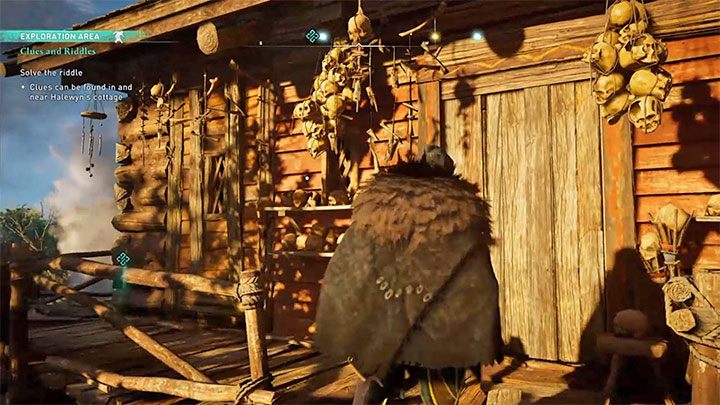 The fifth trace hangs by the closed side door of the cottage (turn the camera towards the hanging skulls) - Soul Skulls. 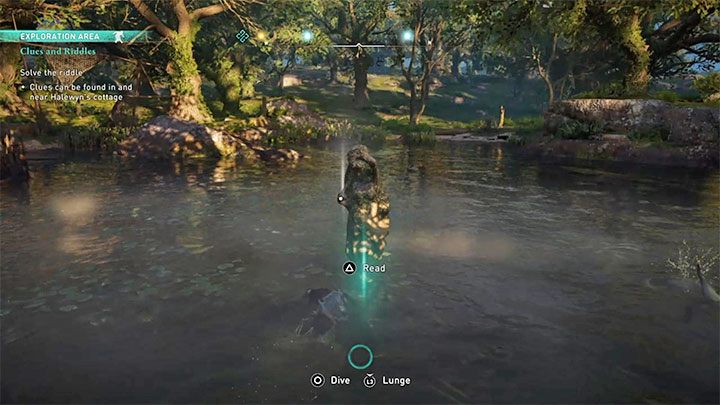 The sixth trace is in the water next to the cottage - Sabrina of the Severn. 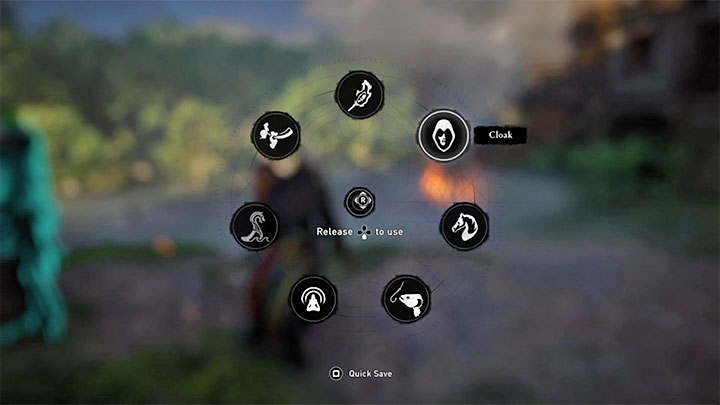 You can now return to the druid. Put on the hood before the conversation so that Eivor automatically puts on the previously acquired Mari Lwyd mask as well. 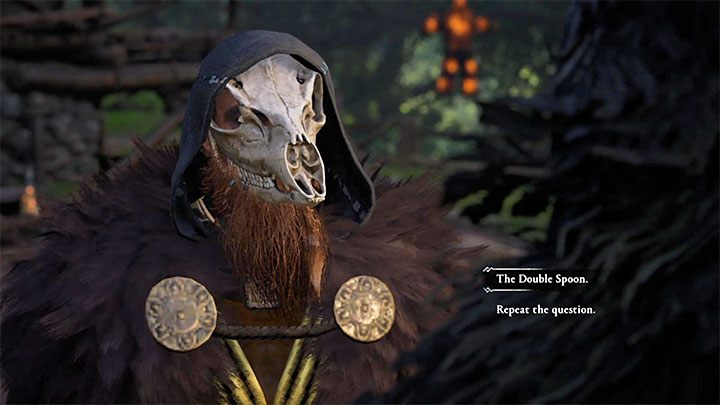 If you have examined all the traces correctly, Eivor will automatically be able to give the correct answers to the following parts of the puzzle. 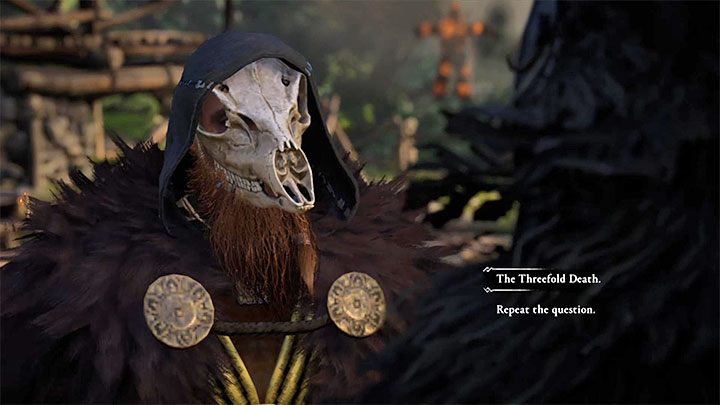 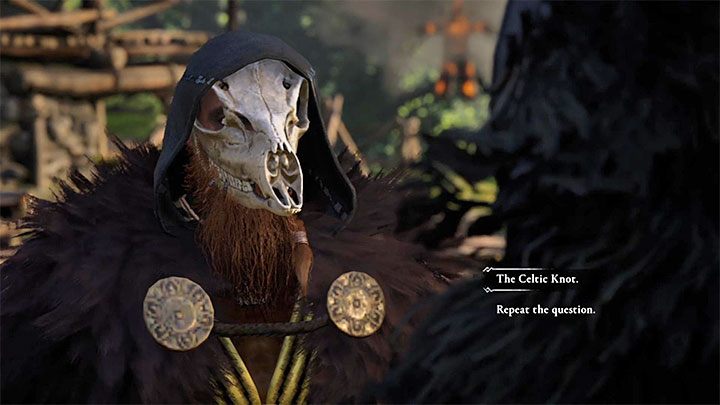