On this page of our guide for Assassin's Creed Valhalla you will find a detailed walkthrough for the mission titled Chipping Away.

Eivor is given the task of weakening Lady Eadwyn's forces by destroying her supplies, attacking her reinforcements and covering Geadric's fyrd.

If you are playing Assassin's Creed Valhalla according to our guide, you should have completed 50% of the progress for this mission by completing the Fiery Ambush task beforehand. 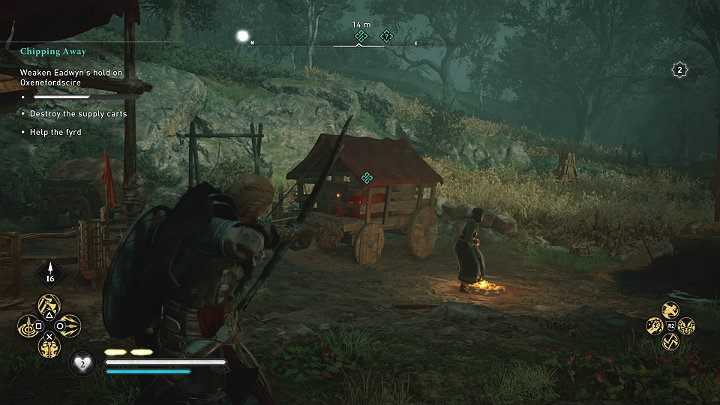 After talking to Fulke, get off the cliff and return to Eatun farm to burn the remaining supply carts. This way you will gain additional progress in this mission. 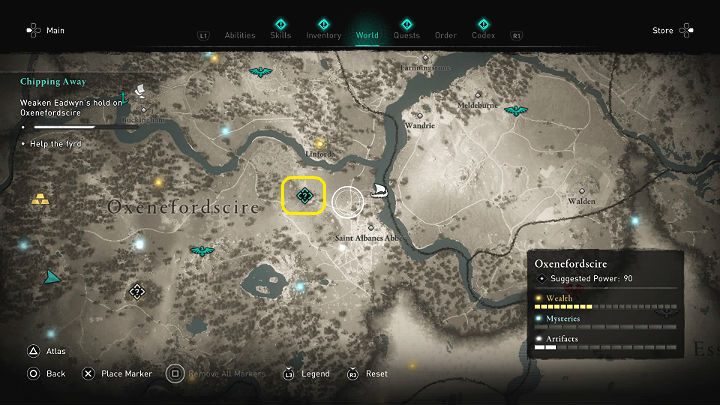 Then go to the area where Geadrik's fyrd - a group of men who want to fight for the freedom of Anglia - is waiting for you. 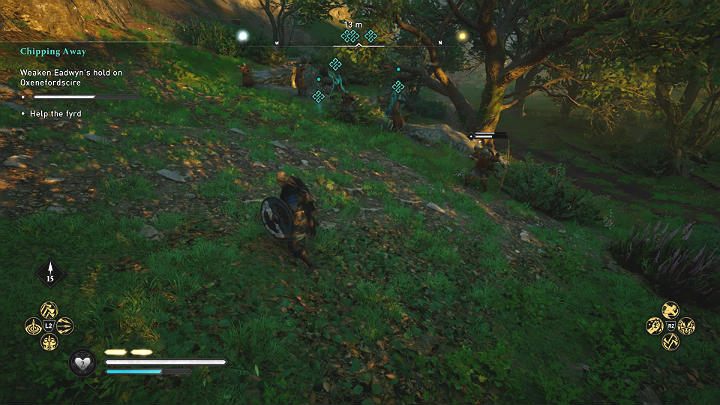 From talking to them you will learn that the men are being chased by Eadwyn's troops. After a while the place will be full of soldiers. Beat them to gain some progress in the mission. 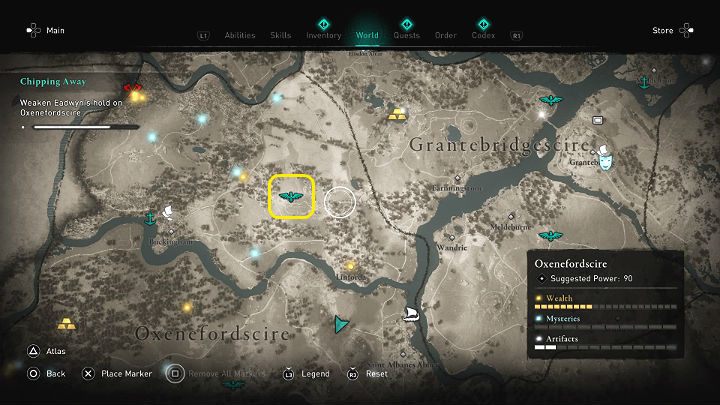 Then go to Thaerelea Ruins, to the synchronization point. It is best to use the fast travel option. 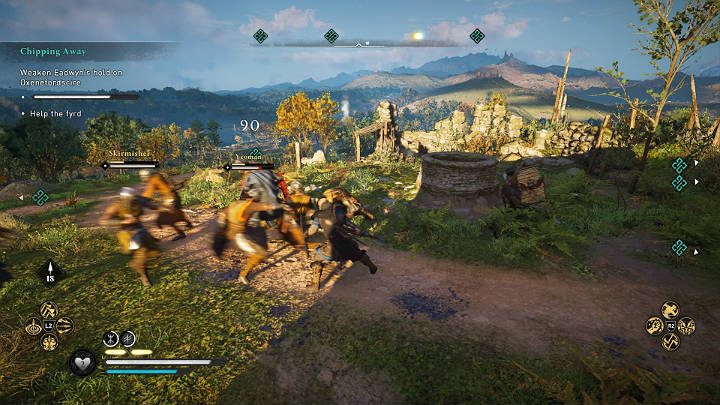 After a while, many Eadwen soldiers will appear there. Beat your opponents for more mission progress. 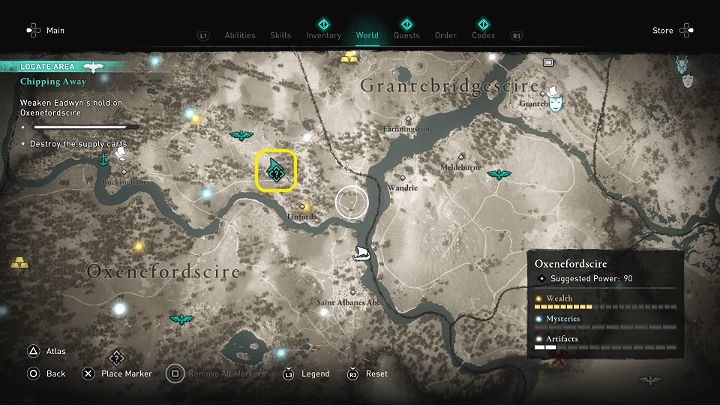 Now go to a small camp in the forest, near Thaerelea Ruins. You'll encounter an enemy troop and some supply wagons. 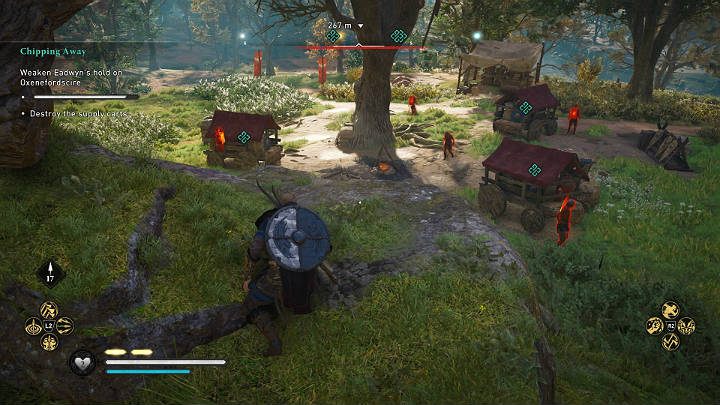 Get rid of your enemies and burn the supplies to complete this mission. As a reward for this mission you will receive 5100 XP.