On this page of our guide for Assassin's Creed Valhalla you will find a detailed walkthrough for the mission called Fiery Ambush.

An enterprising slave trader delivers supplies to Eadwyn's castle. Eivor and Fulke want to prevent him from doing so.

In the course of this task, you can gain the progress for Chipping away, which either way requires you to destroy Lady Eadwyn's supplies.

Find and speak to Fulke 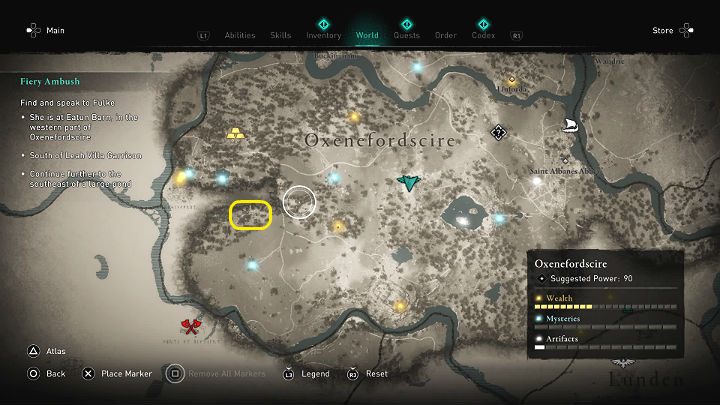 From a conversation with Fulke, Eivor learned that Eatun Barn is located east of Oxeneford and south of Leah village. That's where you have to strike to weaken the forces of Lady Eadwyn. Unfortunately, the place was not marked on the world map, so to make this task a little easier for you we marked the farm in the picture above. 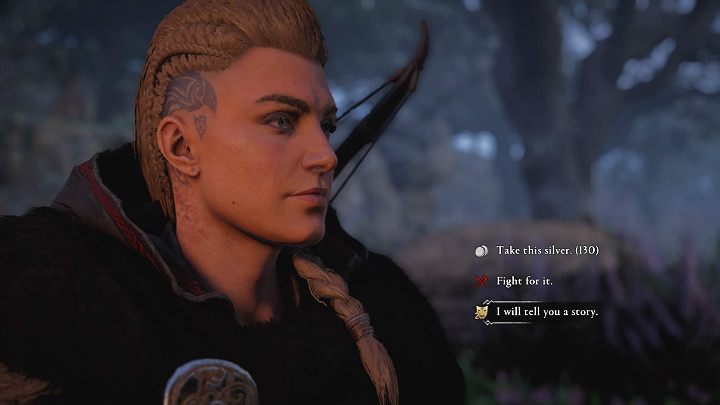 When you are on the spot you'll trigger a cut-scene. It is time to convince the merchant to give the supplies to Eivor instead of Lady Eadwyn. If you threaten him you will have to kill him. If you tell him a story, the merchant will get scared and run away.

Prepare to ambush the reinforcements 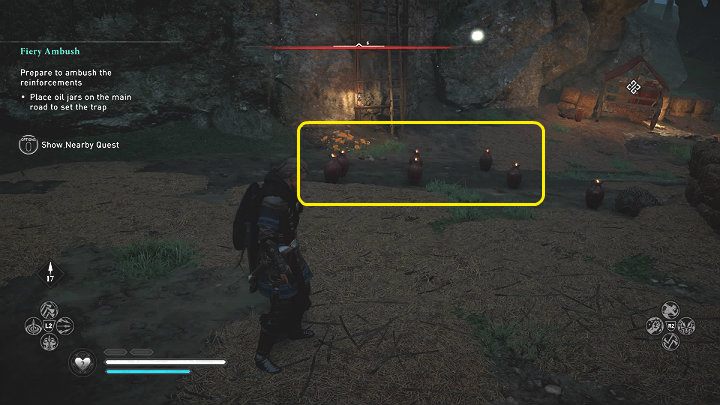 Place red oil jugs on the main road, at the point marked in the picture above, to set a trap for incoming soldiers and do the most damage. 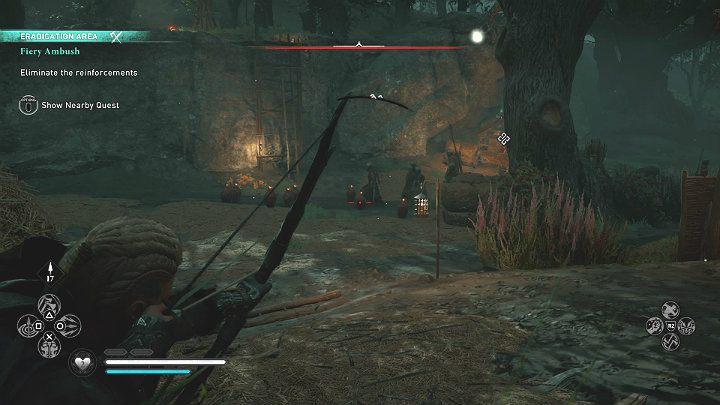 When you hear Fulke howling, hide and wait. When the soldiers stop at the road, shoot at one of the jugs to cause an explosion. 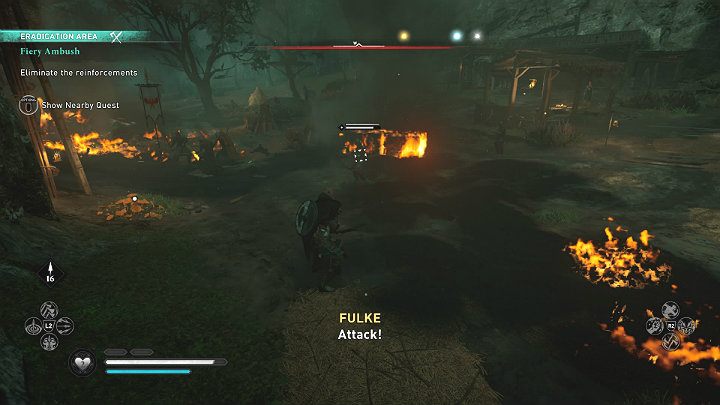 Not all soldiers will die immediately so you will have to deal with the rest of the guards the usual way. 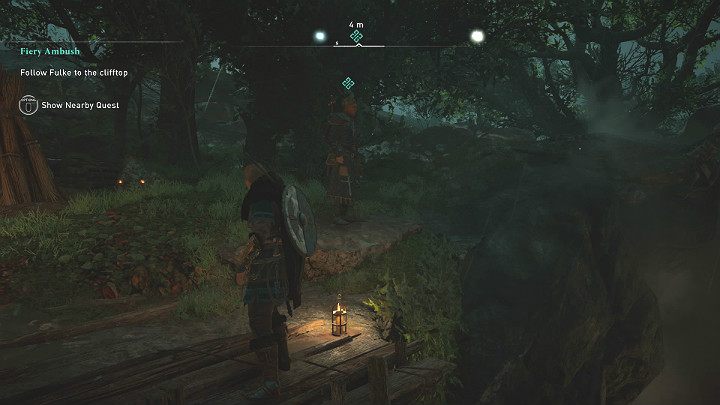 After the fight, follow Fulke to the top of the cliff and talk to her to finish the task. As a reward, you will receive 3400 XP.