On this page of our guide for Assassin's Creed Valhalla you will find a detailed walkthrough for the mission called Pilgrimage to St. Albanes.

Mysterious woman name Fulke is imprisoned in St. Albanes Abbey for heresy, and Sigurd seems very interested in her. Despite earlier reluctance to Sigurd's plan, Eivor decides to help free the woman. 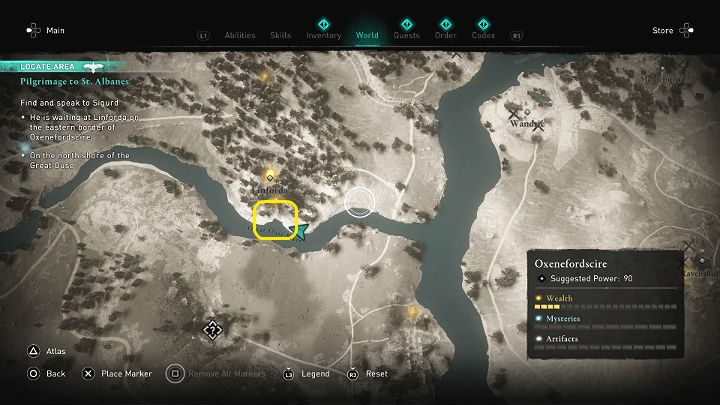 Sigurd together with Basim went to the camp east of Linford, to the old port on the Great Ous river. The camp's location is not marked on the world map so to make your search easier we have marked it in the picture above. 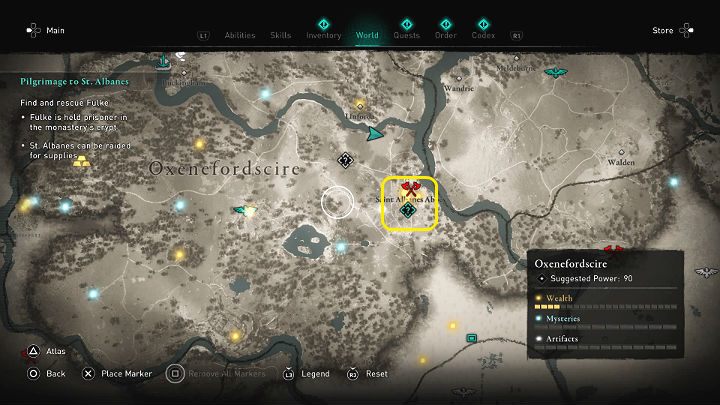 Fulke was imprisoned in the monastery's crypt in St. Albanes Abbey. It is a perfect moment to raid the area and gain some valuable raw materials and construction materials in the process. 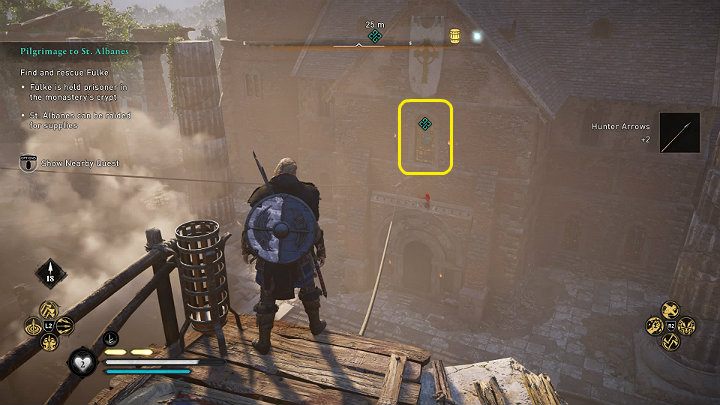 Once you get rid of all the guards and gather all the loot, approach the main church building. The doors are barricaded from the inside, but you can break down one of the stained glass windows and thus enter the building. 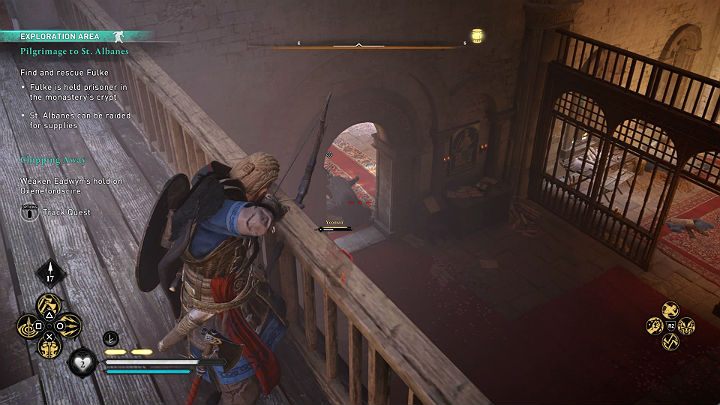 Inside, you'll be fighting two elite guards - one of them has a key to the crypt. After you deal with the guards, open the door and go down to the crypt. 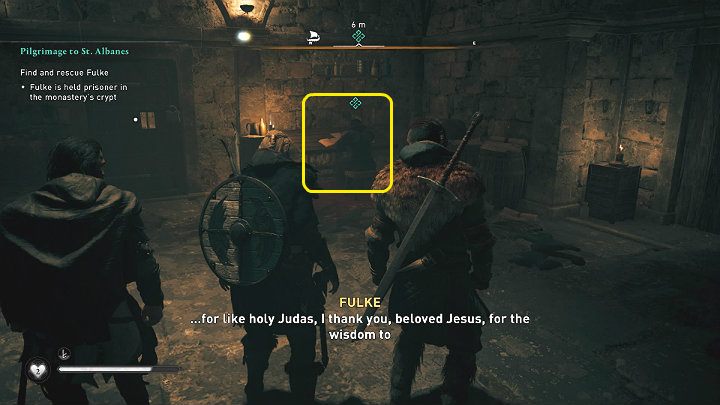 A monk has the key to Fulke's cell. Talk to him, and after a while Sigurd and Basim will appear. The monk will have to be convinced to open the cell. If you threaten him you will have to kill him and take the key from his body. 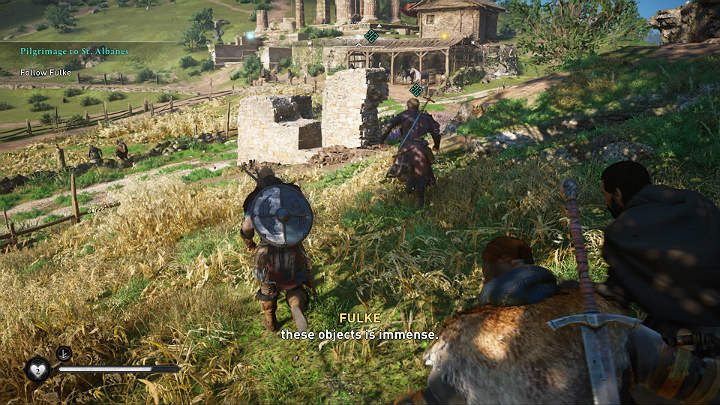 Release Fulke from the cell, then follow her to the stables. From the cut-scene you will learn that Siegfried wanted to free the woman because she has an item (a pagan stone with strange runes and an image of a tree) that can give him knowledge of whether he is a descendant of the ancient gods. 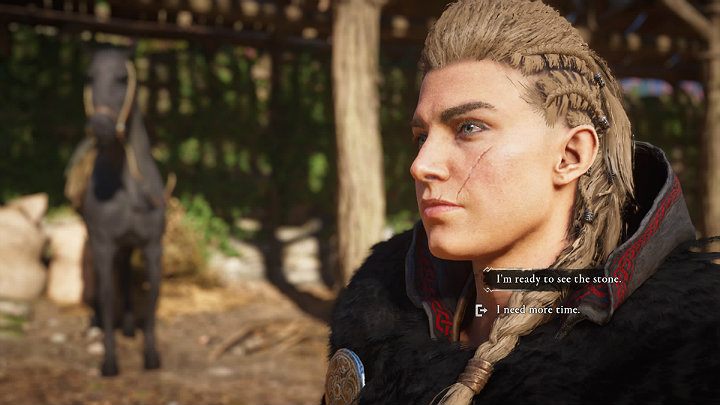 Fylke calls the item Saga Stone and during the conversation will ask if you want to see the stone right away. Accept and the mission Pilgrimage to St. Albanes will end. As a reward, you will receive 3400 XP.