On this page of our guide, we explain the meaning of question marks that appear above the heads of some NPCs. Characters marked with question marks can be encountered while exploring the game world. 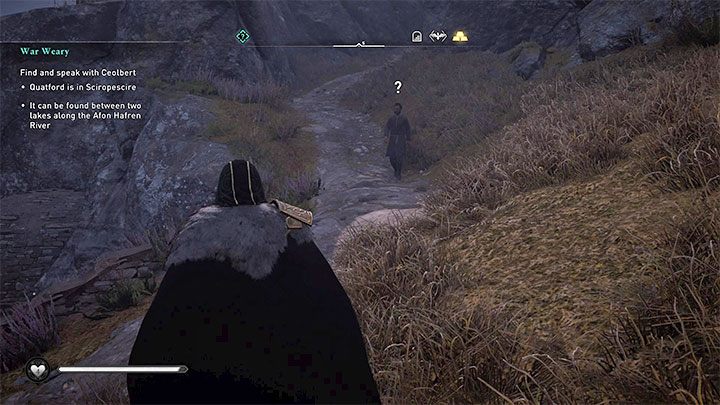 An example of an NPC, above whose head there is a question mark, is presented by the attached picture. You can encounter such characters on roads while exploring the game world. 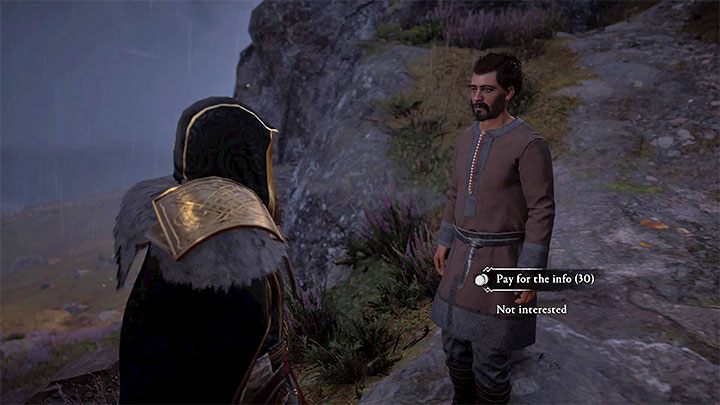 Eivor can talk to every person marked with a question mark - they are friendly. You can pay for a tip in silver - it will unveil one of the locations in the area. As a result, it is an alternative way for exploring the multicolored markers appearing on the world map, other than by ourselves. 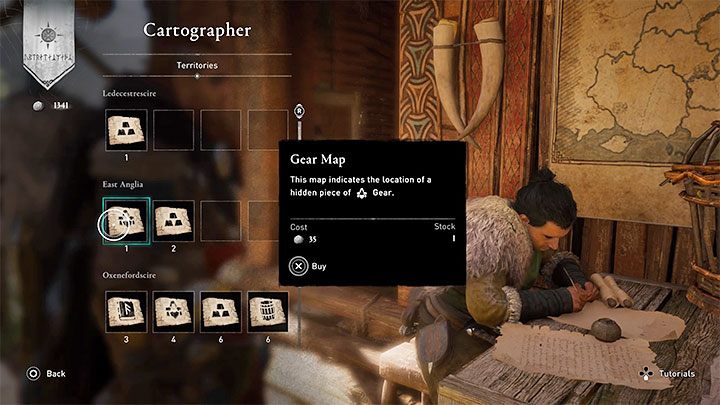 Similar services to NPCs with question marks are also offered by the cartographer, for whom you can build a hut in Ravensthorpe. You can pay him to reveal individual locations you have not yet found.