On this page of the Assassin's Creed Valhalla game guide, you will find a detailed walkthrough of the Uninvited Guests quest.

After Eivor managed to ally with Ceolwulf, the new Ledecestrescire king and leader of the Summer Army, Soma, the Ravensthorpe is attacked.

The feast of the Raven's Clan will be interrupted by a raid of bandits, and the Ravensthorpe will be flooded with enemies. 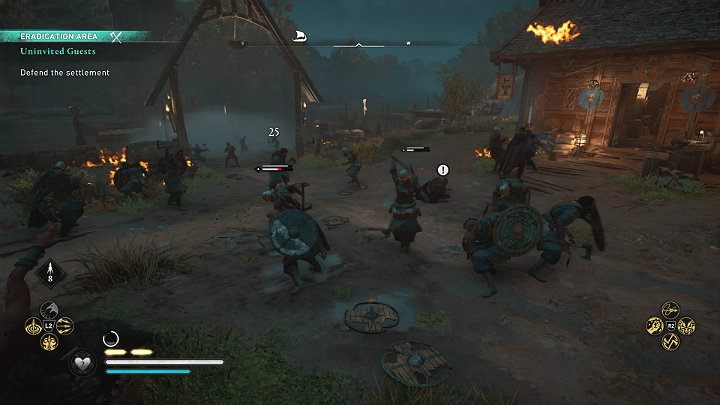 Run out of house and eliminate all targets. There will be a few elite enemies among the ordinary ones, but with the help of the other warriors of Raven's Clan, you should quickly deal with the threat. 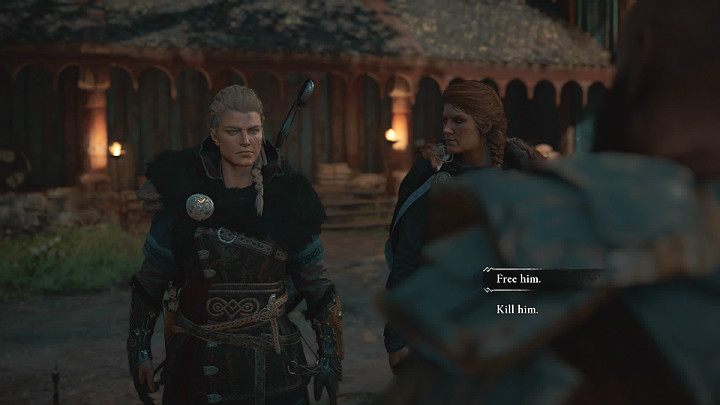 After the fight is over, Dag will bring one survivor, but the enemy won't reveal who sent them. You will be able to decide what to do with the captured man: kill him or save him and send him to his settlement with a warning.