On this page of the Assassin's Creed Valhalla game guide, you will find a detailed walkthrough of the Kingmaker quest.

The King of East Anglia died, so Eivor must help Finnr, a weary governor from Northwic, to put a new ruler, Oswald, on the throne. 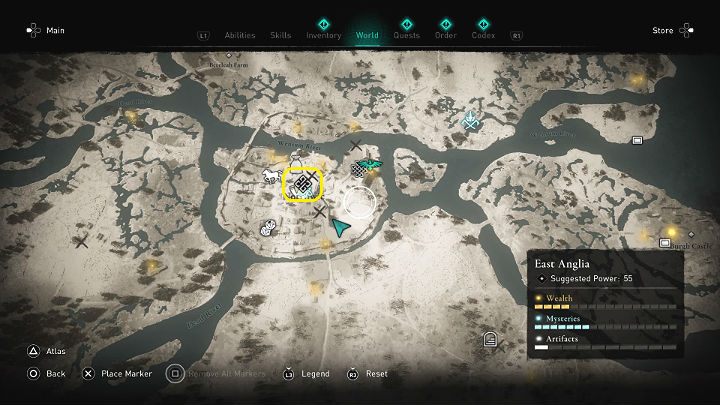 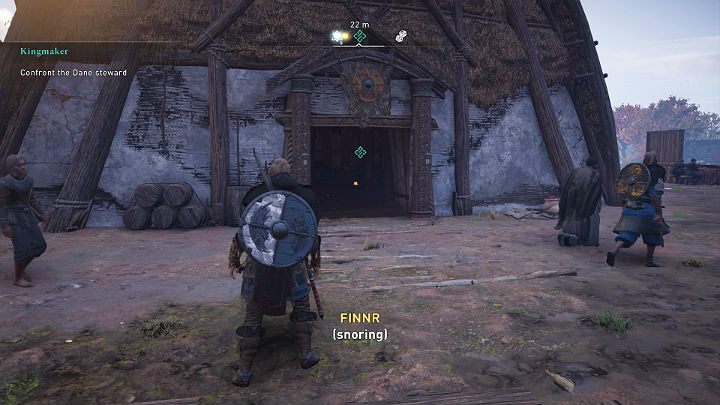 Go to Northwic and enter a long house to talk to the steward. The cutscene activates automatically as soon as you cross the threshold. During the conversation, Eivor will tell Finnr that the Ravensthorpe was attacked by the Danes (the Uninvited Guest quest) and he must find out why.

Find and speak to Oswald

From a conversation with Finnr, you will find out that Oswald just left from the northern gate so you can catch him on the road. 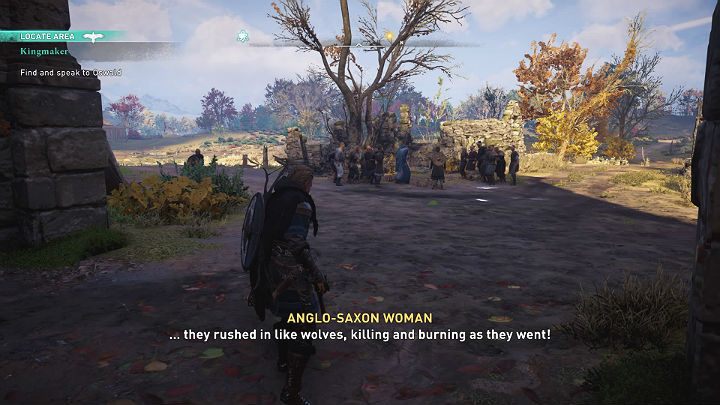 As soon as you go outside the walls of Northwic, you will witness two men arguing, and Oswald will try to settle the dispute. 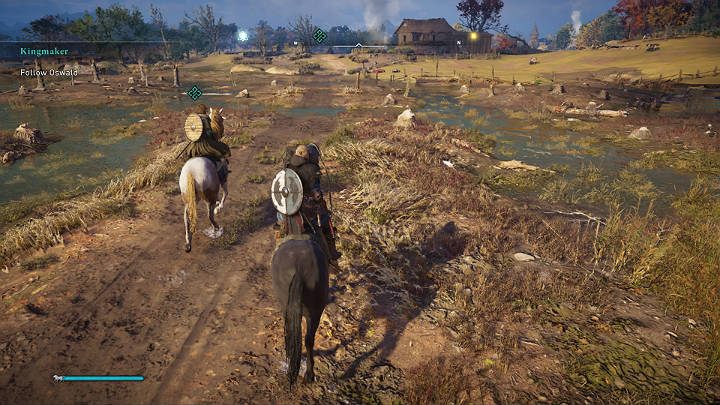 After the talk with Oswald, get on your horse and accompany him during the journey to Elmenham. 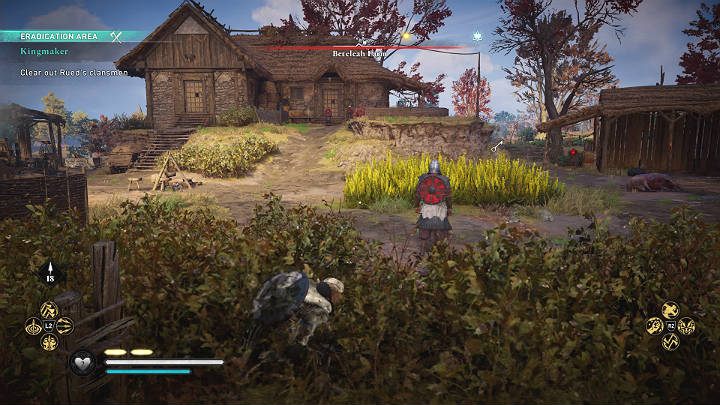 While riding, you will come across members of the Rued clan, who attacked the Beteleah farm. Kill of all enemy guards. 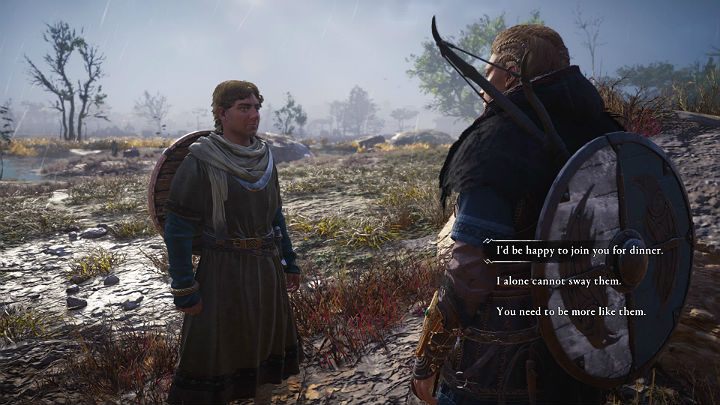 When the area is clear, go back to Oswald and talk to him. During the conversation, agree to have dinner with family and friends of the future king.

Attend the dinner at night 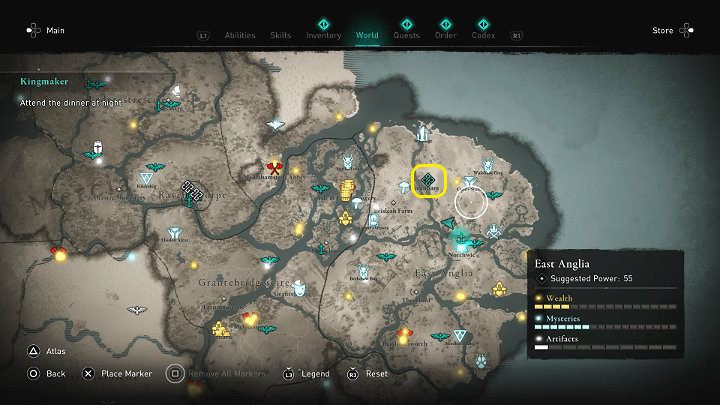 The dinner will take place in Elmenham. If you arrived before nightfall, simply use the meditation option to move on to the next stage of this task. 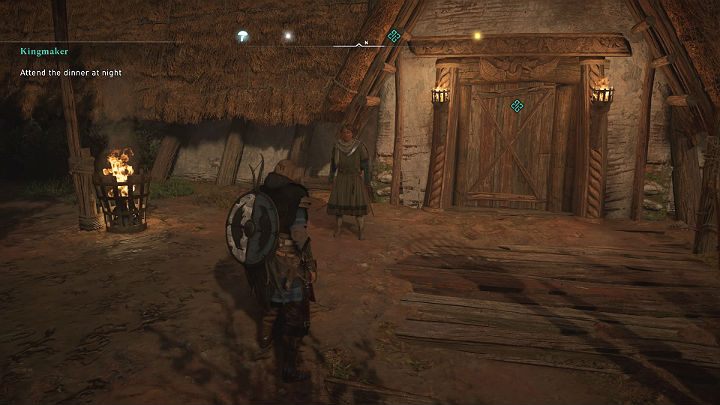 Go into the cottage to activate the cutscene. During the feast, there will be an argument between Eivor and two warriors: Broder and Brothir. The quarrel will end in a fight, and you will have to face two brothers simultaneously. 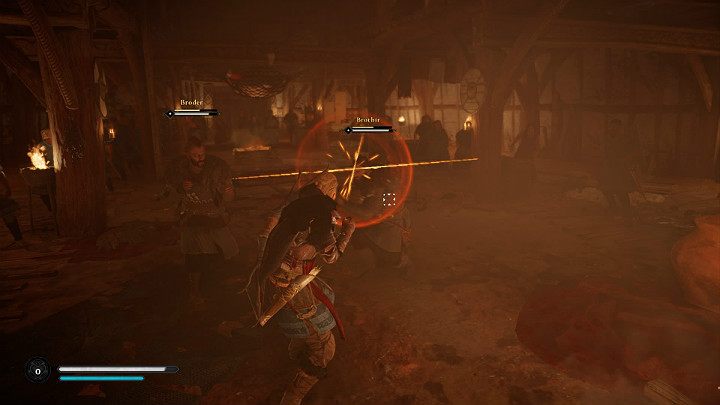 The brothers are fast and will avoid your attacks. It is best to block and stun them - then you will be able to do a lot of damage quickly.

After the fight is over, the mission will end and you will receive 6 800 XP as a reward.