On this page of Assassin's Creed Valhalla guide, you will find out who is the traitor in the Essexe main questline. Rollo will ask for help in identifying the traitor – this is one of the more important choices made during the campaign. Accusing the wrong person of being the traitor can have negative consequences later in the game.

The following walkthrough contains spoilers about the events and choices from the main campaign, namely the main quests in the Essexe region. 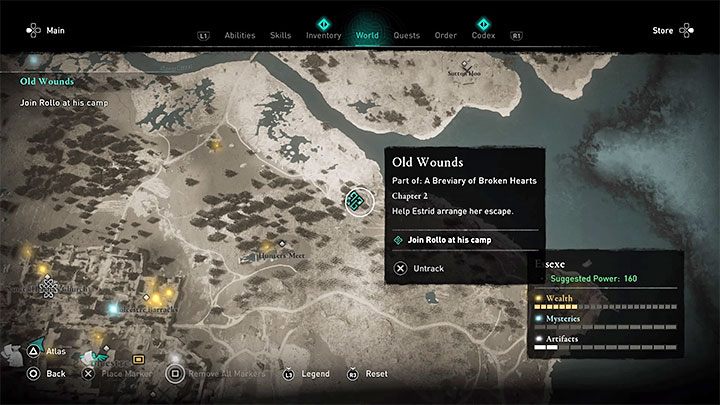 You will learn about the traitor during the Old Wounds main quest, where Eivor has to meet Rollo in a camp in the Essexe region. 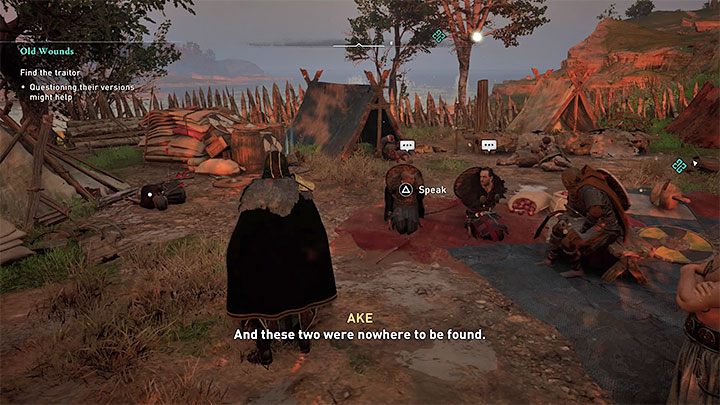 The two people suspects, Gerhildand Lork, are being held in Rollo's camp. 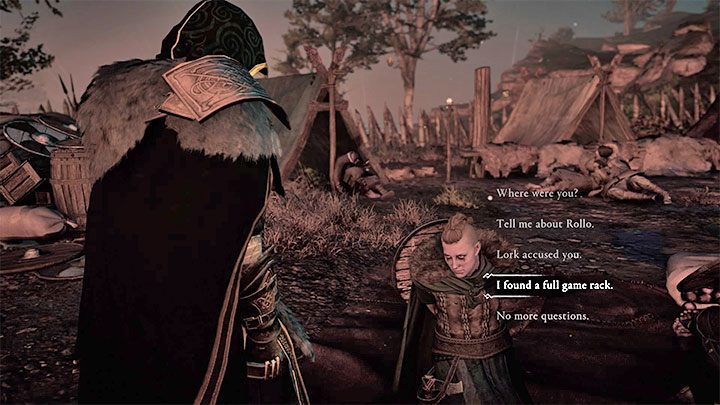 You can ask them questions, as well as look around the camp for additional clues – they will be marked with blue clouds when using Odin's Sight. Some traces can unlock new dialog options – ask both prisoners questions again to check what new you can learn. 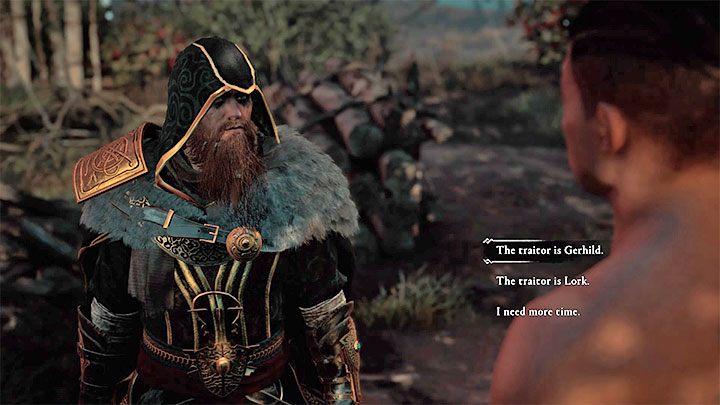 Gerhild is the traitor - talk to Rollo and show him the collected evidence. 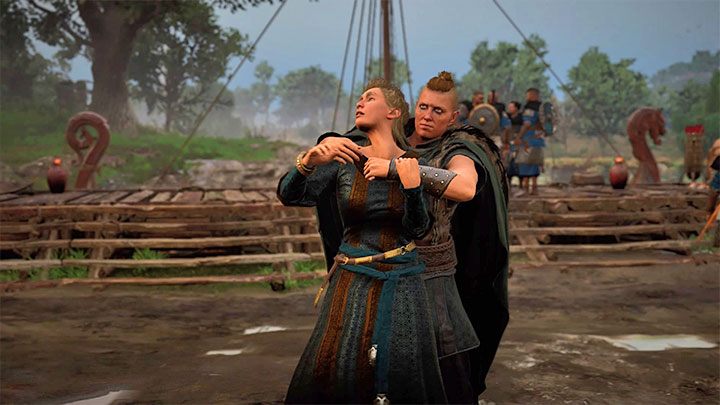 If you make the wrong choice, i.e. if you pick Lork as a traitor, Estrid will get hurt in the near future (she will get injured but she won't die). However, the decision about the traitor will not affect Rollo's attitude towards Eivor – you will always be able to count on his help throughout the rest of the game (he will join the Viking settlement as a Jomsviking after completing the Essexe storyline).