On this page of Assassin's Creed Valhalla guide, you will learn how to solve the puzzle with the Well of Urdr in Asgard. You will learn what you need to do to open the well and jump into it. 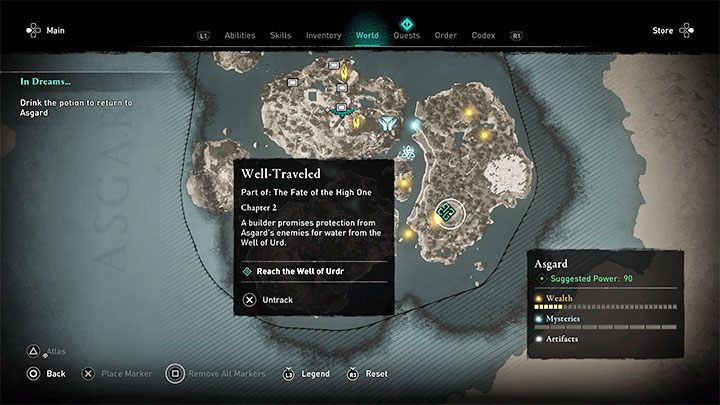 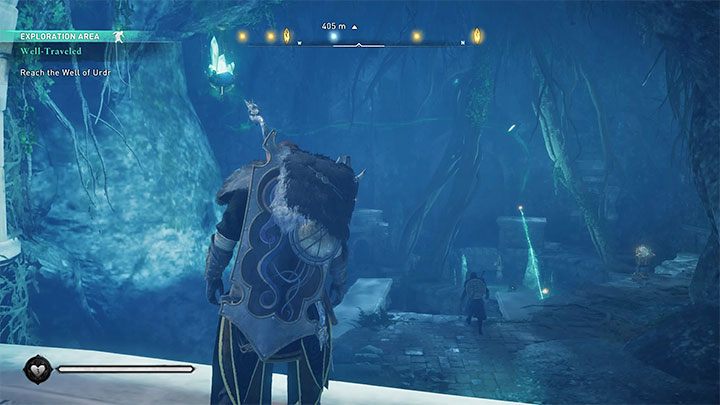 You have to solve the well puzzle after dealing with the second main quest in Asgard – Well-Traveled. Shortly after you start this quest and enter the cave, you will reach the large hall of the Well of Urdr shown in the picture. Here you will have to solve a more complicated puzzle. 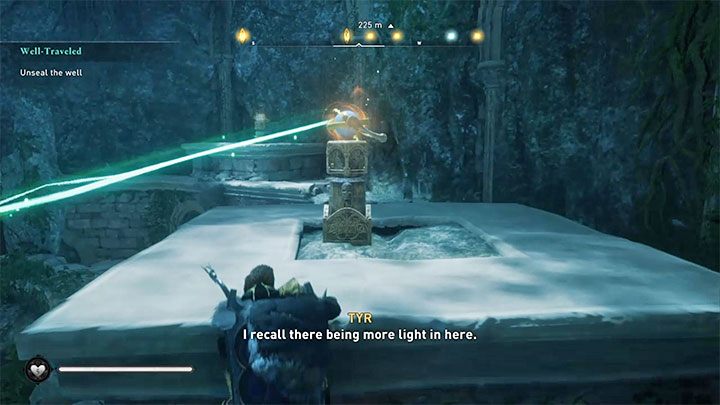 Your task is to manipulate the sunstones so that beams of light are cast on all objects in the room. The stones can reflect the beams.

Start by reaching the first sunstone at the opposite end of the room, the only one that currently casts the beam. 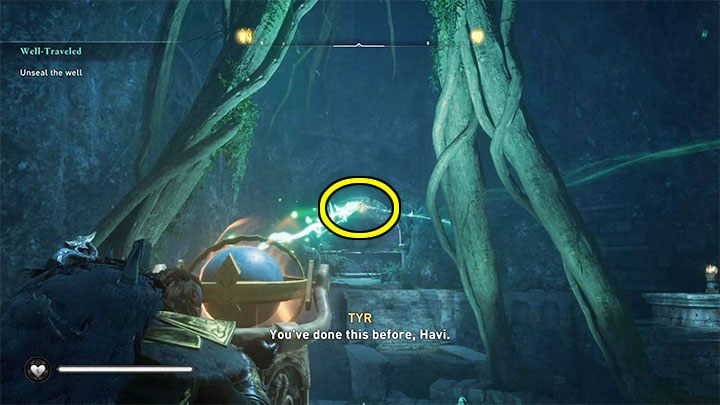 Aim the beam at the marked object at the ceiling. This will divide the beam into two – they will go to the left and right parts of the room. 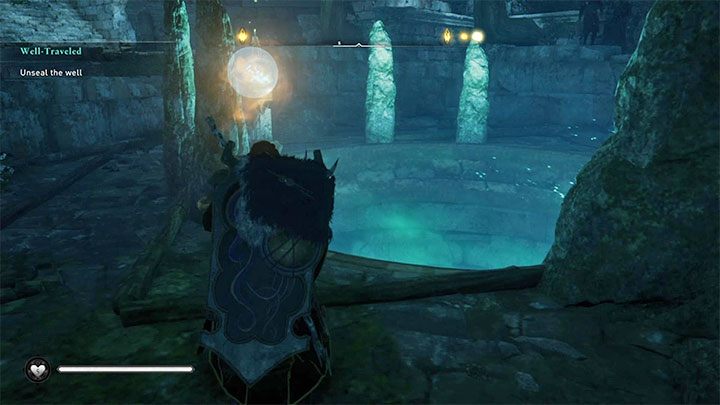 Now move the sunstone at the bottom. You must keep it in the place shown in the picture. Precision is very important here, but if you make a mistake, you will be able to go back down later and correct the position of this object without resetting the whole puzzle. 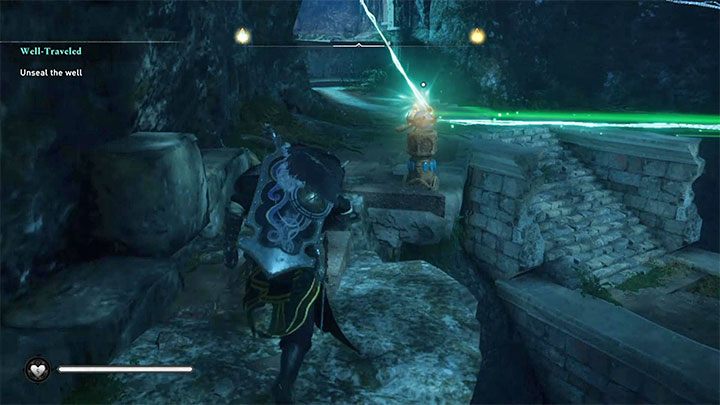 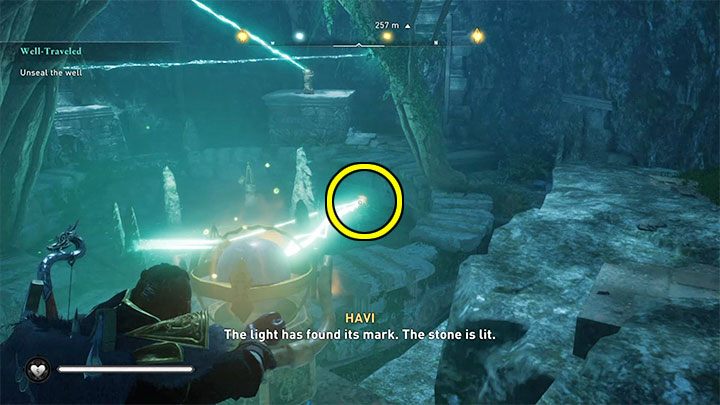 Now reach the upper left sunstone presented in picture 1 (it is close to where you started the puzzle). Aim the beam at the bottom stone that has just been moved (picture 2). 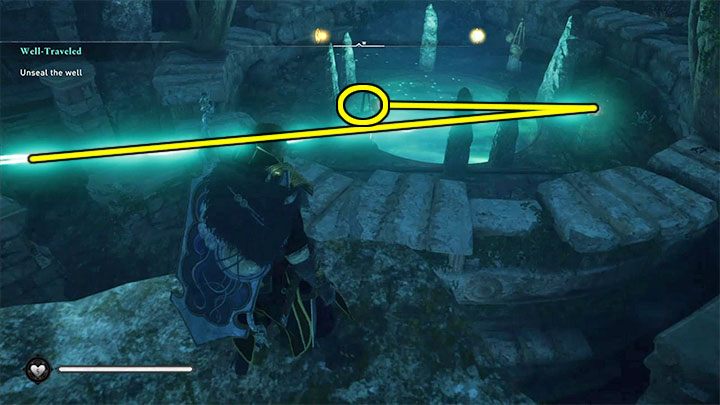 If you have done everything well, the beam will reach the structure marked in the picture. 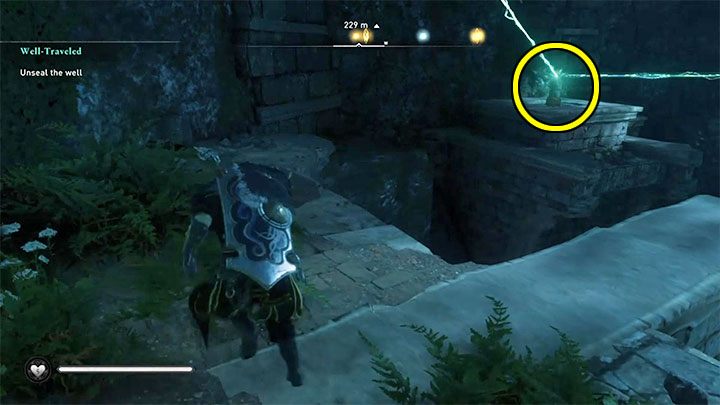 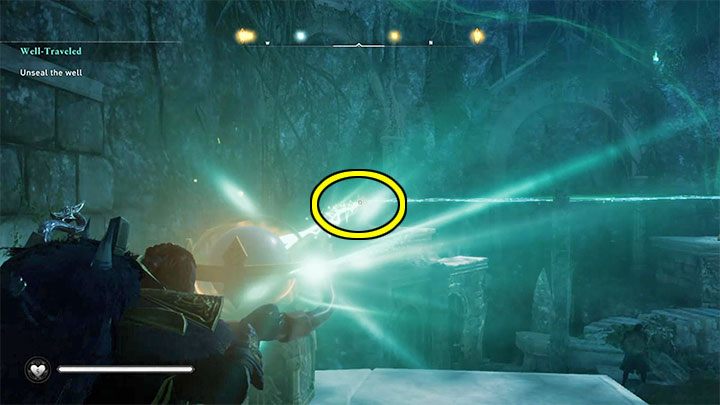 Now go to the opposite end of the room. Go to the sunstone in picture 1 and direct the beam to the adjacent outer stone marked in picture 2. 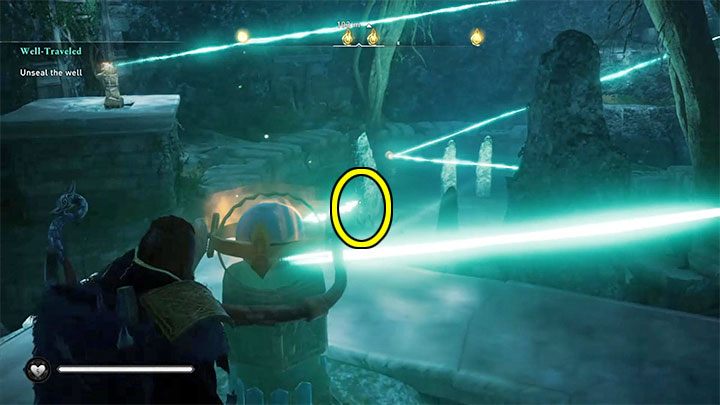 Reach the sunstone to which you just sent the beam. All you have to do is to direct it to the bottom structure marked in the picture. 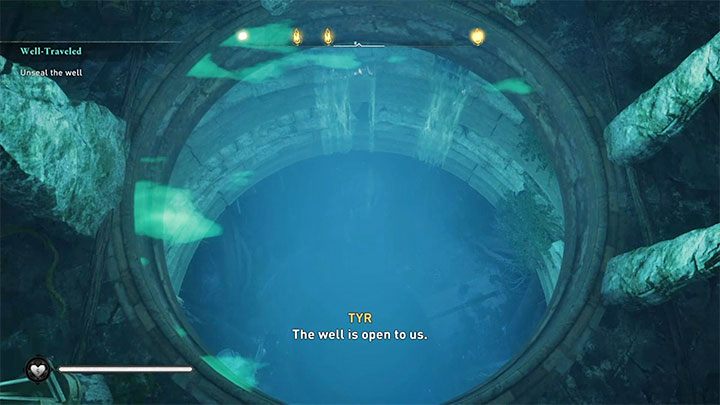 Solving the puzzle will trigger a cut-scene showing the opening of the Well of Urdr. 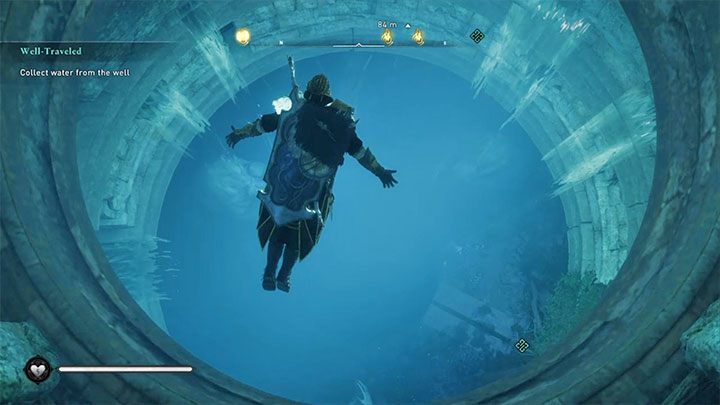 You can now jump into the well. Eivor will land in the water – continue the quest.