In Assassin's Creed Valhalla, you can fight legendary animals. This way you will strengthen your hero and gain valuable pieces of game. On this page of our guide, you will find out where to find the legendary animal in the Vinland region. 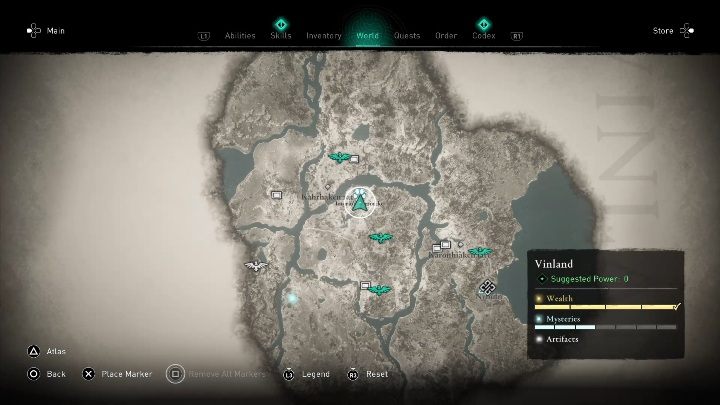 In Vinland, you will find an animal that lives peacefully in the middle of the location, north of the synchronization point. 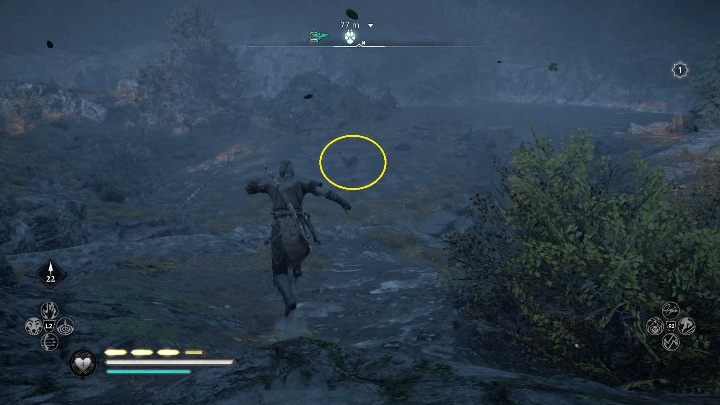 Remember that it is not worthwhile to shoot the animal with a bow or throw torches at it. You won't hurt it from a distance. It just won't react. Eventually, it will freeze and stand still. 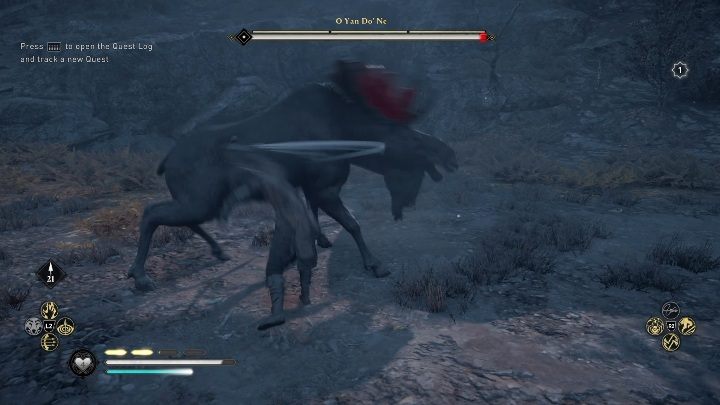 Your opponent often presses his antlers against you and do a lot of damage that way. Attack him from the side to avoid it. 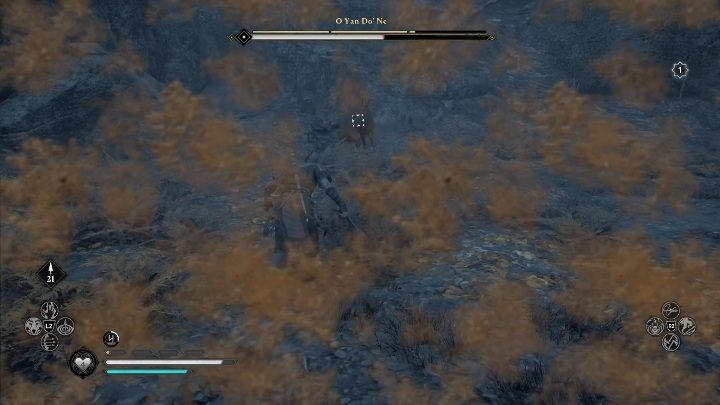 Your opponent can cover your screen so they can attack you. If the enemy throws mud in your eyes, he has a moment to take the initiavitve in the fight. Try to make quick dodges and stay away from your opponent. 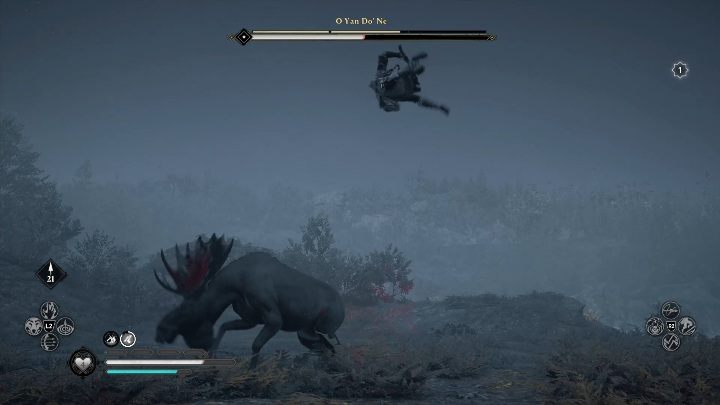 If you let yourself be attacked, you can fly into the air and then be thrown out of the arena. Watch out for this attack as it can take all of your health points. 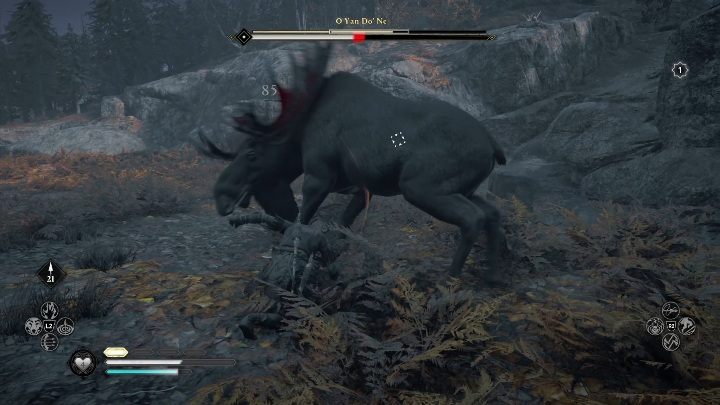 In the arena you will find many healing mushrooms, so you can get some recovery during the battle. However, it will be good to come to this location with full health and with full adrenalin bars. 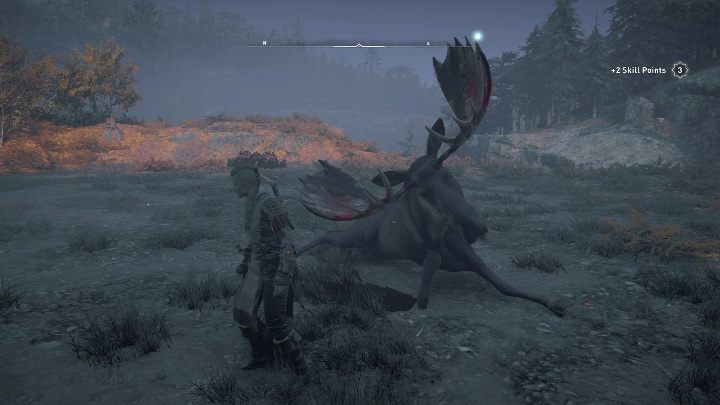 For defeating the bear, you will get its head and 129 pieces of leather.