On this page of Assassin's Creed Valhalla guide you will find a detailed walkthrough for Orphans of the Fens mission.

Soma's closest advisors have scattered in the swamps. Eivor has to sweep the foggy area and find three members of her nearest council: Birna, Gallin and Lifa. 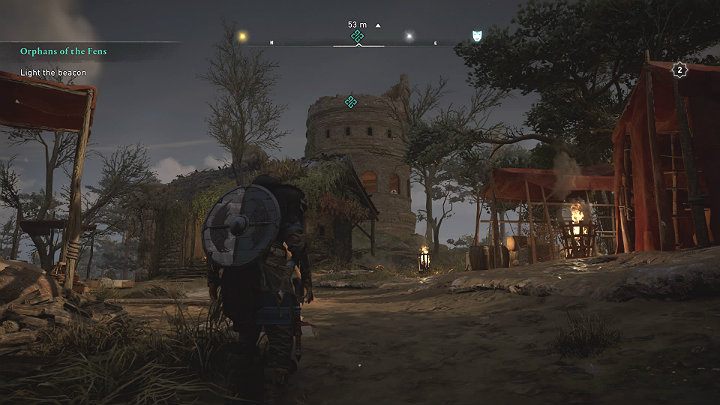 The first stage of Orphans of the Fens is very simple, just climb a nearby tower and light the lantern.

When the altar at the top of the tower is lit, you can start looking for Soma's three advisors: Birny, Galinn and Lifa. Soma will accompany you all the time during this task. 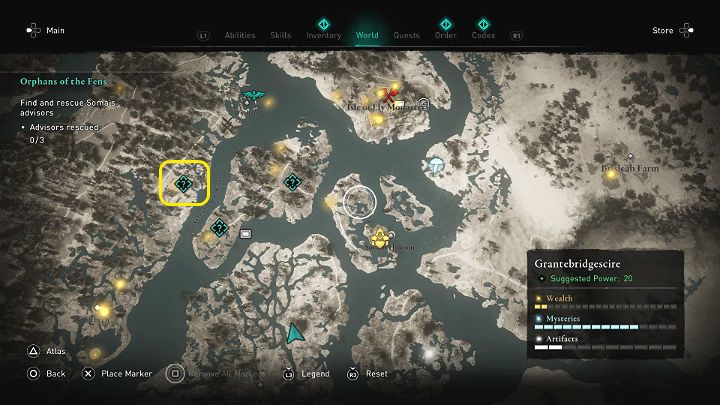 You will find Birna in Gratian's Villa Ruins, in the place marked in the picture above. The woman has been surrounded by the Saxons. 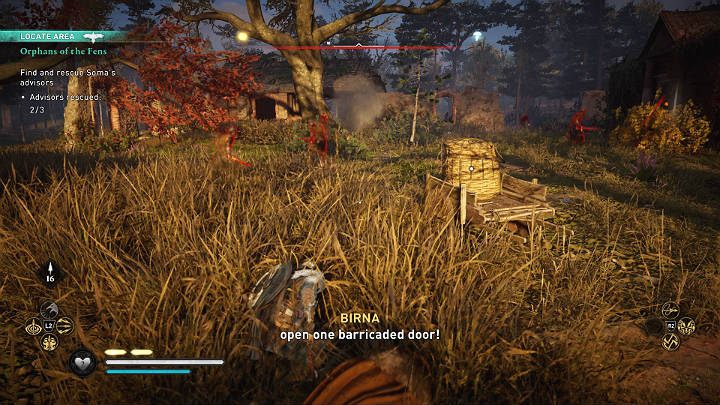 In this area, you will face one elite opponent armed with a spear. Beat all the soldiers, then enter the hut and Birna will be rescued. 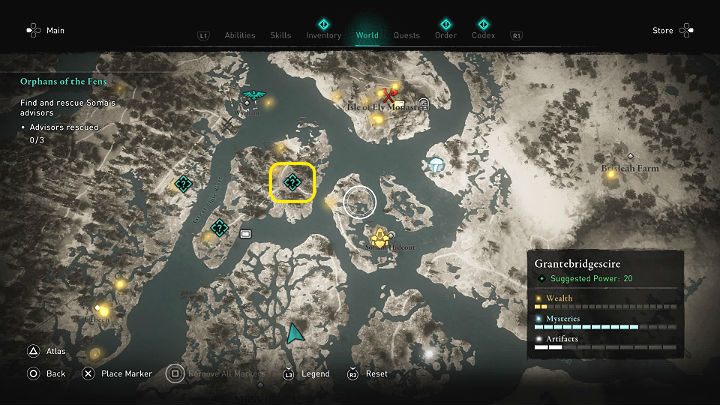 You will find Galinn near the small ruins on the marshes, in the place marked on the picture above. 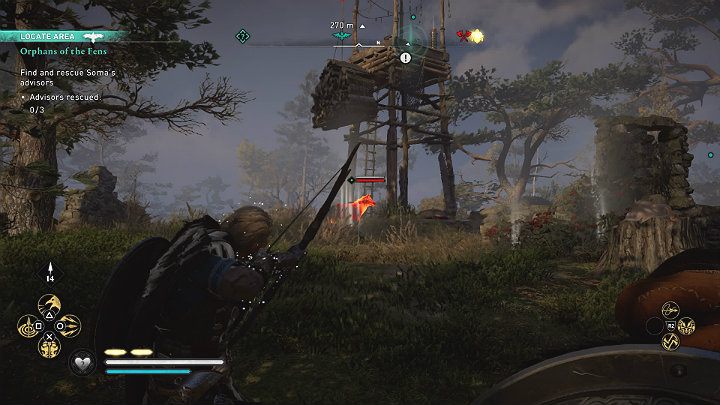 One of Soma's advisors was surrounded by wolves and he cannot defend on his own. Deal with the wild animals roaming the area. 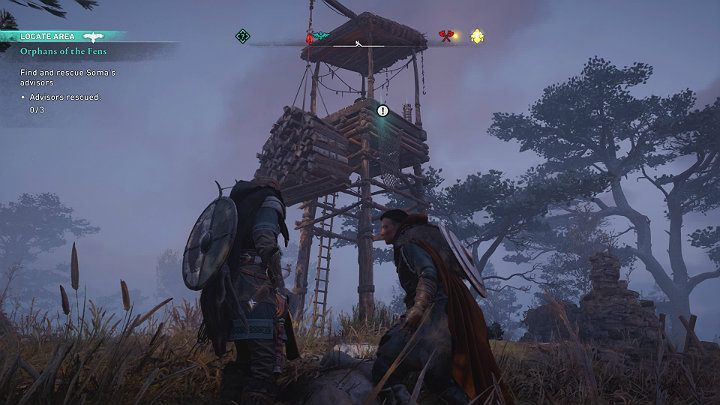 When the fight is over, climb up the wooden observation tower and help the man stand up. Galinn was attacked by a squad of Saxons, but managed to escape. 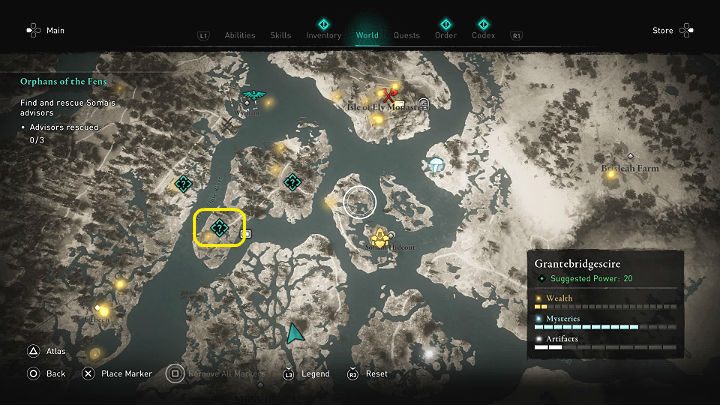 You will find Lif at Lowlands Camp, in the place marked on the picture above. The man was captured and imprisoned by enemy forces. 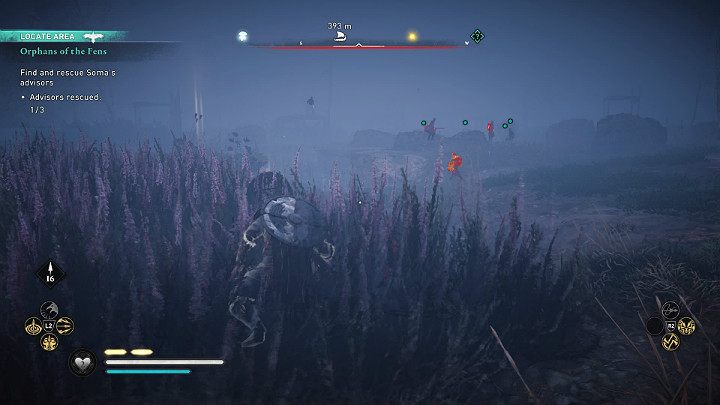 The camp is guarded by several soldiers so you will have to get rid of them. You won't find any more difficult opponents among the enemy troops. 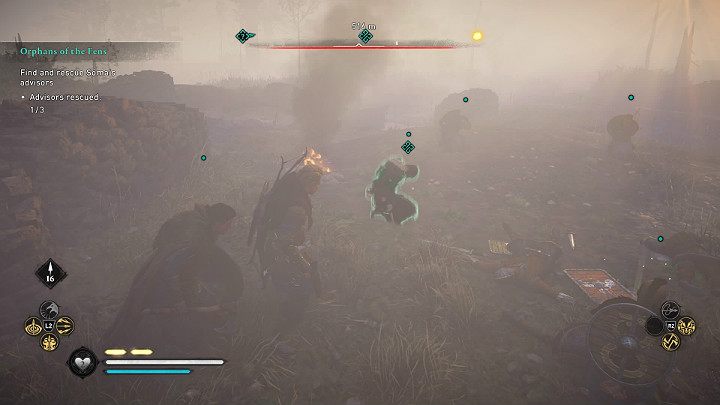 If you release the man during a fight, he will help you finish off the enemy soldiers. You can also release him only after all your opponents have been finished. 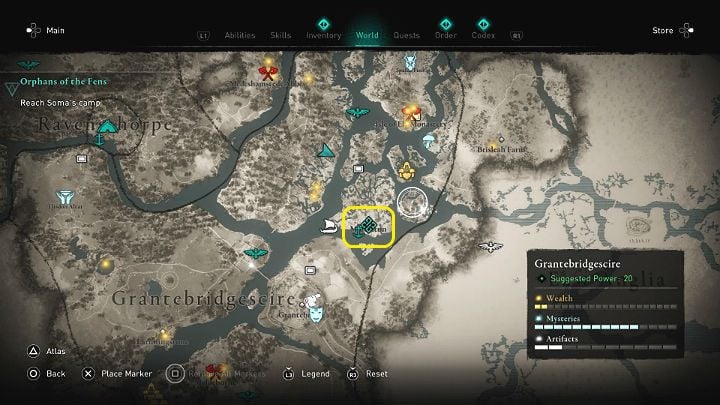 When all of Soma's trusted advisors are released, return to her camp to talk to her. It is best to use fast travel. During the conversation, Soma will ask Eivor to help her to rebuild her city, Grantebridge, and the mission will end. As a reward, you will receive 3,400 XP.