On this page of the Assassin's Creed Valhalla trophy guide, you will learn how to get the trophy named Is There Anybody Out There. This achievement is awarded for lighting the extinguished braziers on the Hadrian Wall. 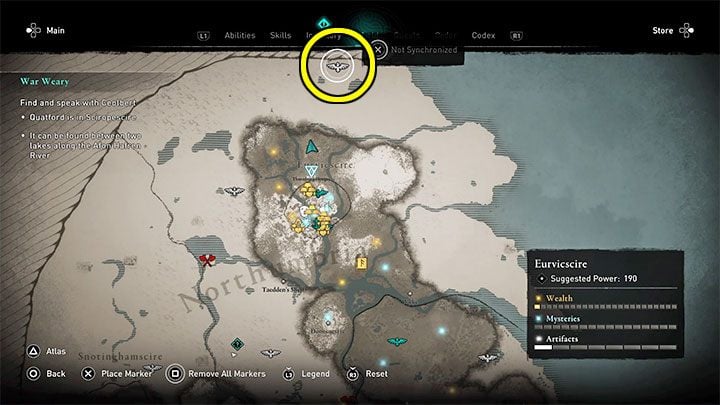 Hadrian's Wall is located at the northern end of the map of England. This is the Eurviscire region, and first of all, start with reaching the vantage point marked in the picture.

Northumbria has 190 points of suggested power level, but you only have to watch your way to the wall and avoid possible encounters with wildlife and patrols. You will not take part in any combat while doing the achivement. 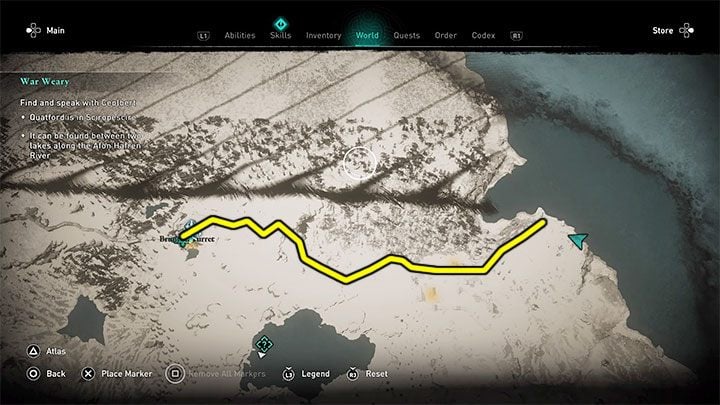 There are a total of 10 braziers to light up. 9 out of 10 braziers can be lit by traveling along the wall - an exemplary travel route is shown in the attached picture. It is best to start at the mentioned vantage point and head east. 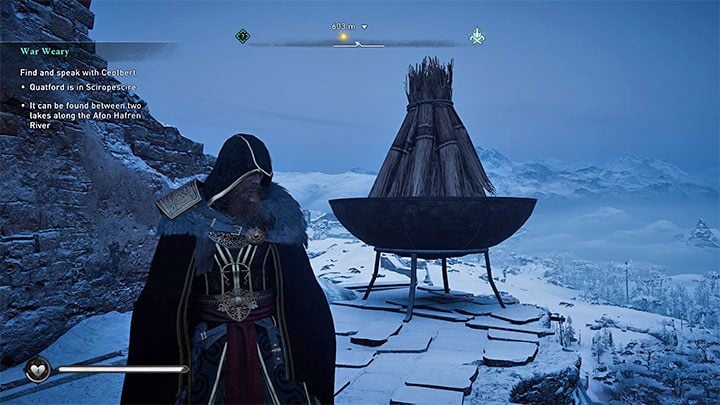 A sample brazier is shown in the picture above. 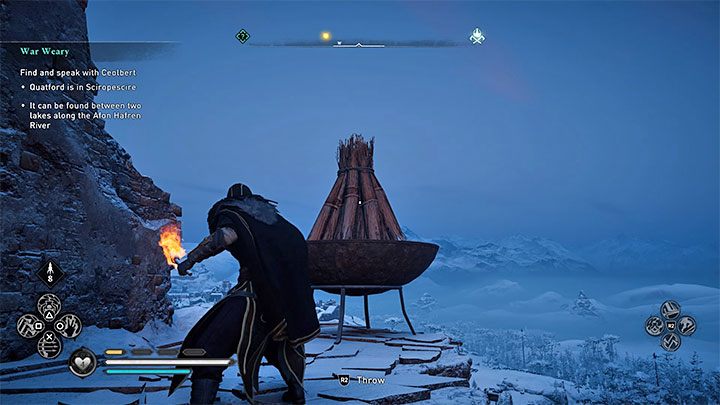 Braziers are easiest to light up with a torch - choose a torch from the drop-down menu (hold the bottom direction on the gamepad crosshairs) and throw it in the brazier (remember to aim a little higher). Alternatively, you can of course use explosive or burning arrows. 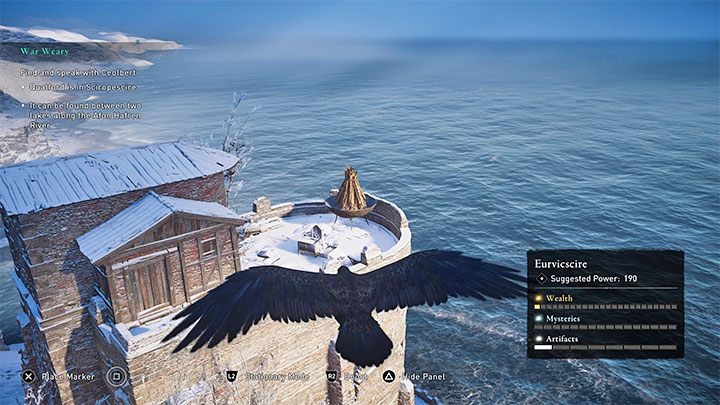 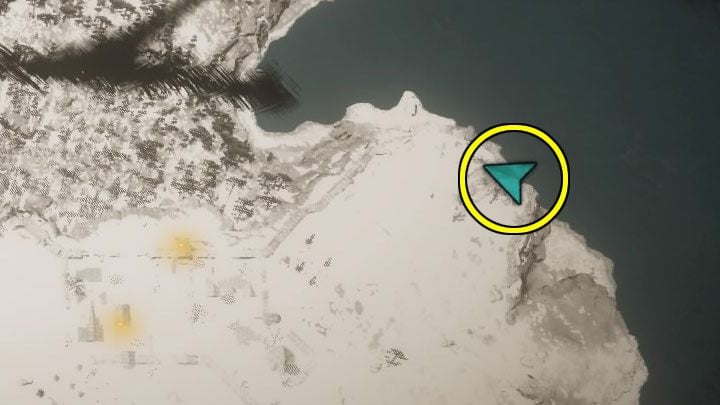 Thelast brazier is on the roof of the eastern building - the attached pictures show it.