On this page of Assassin's Creed Valhalla's trophy guide you will learn how to get the Twinkle Twinkle trophy. This achievement is awarded for releasing a firefly in your settlement. 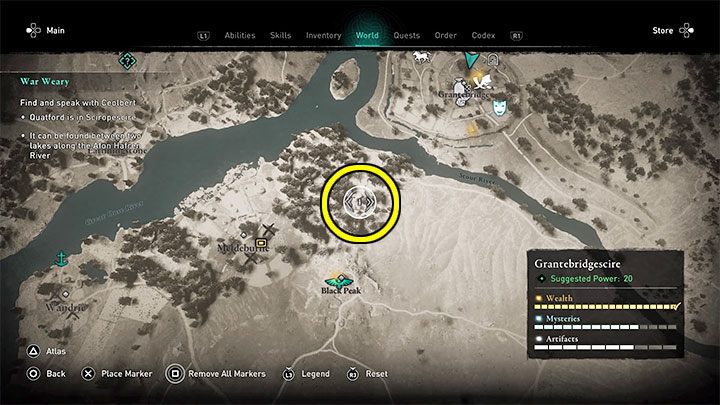 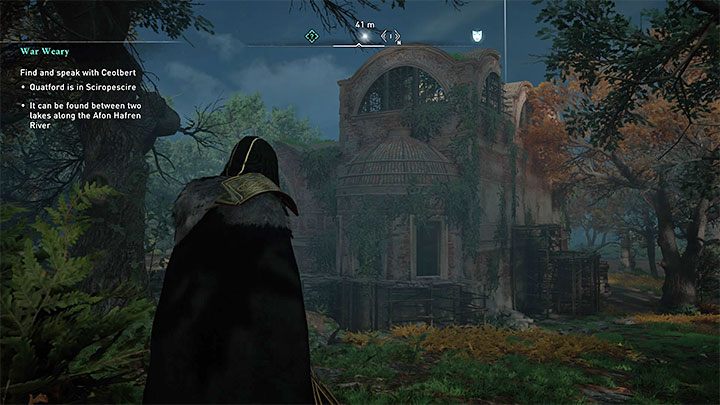 Finding a firefly is the most difficult part of this trophy. Even knowing that you find them at night, you can travel the world for a long time and not find any fireflies.

Fortunately, there is a location in the game world where the fireflies always appear. Move to the Black Peak vantage point in the Grantebridgescire region, and then proceed to the northern ruins marked in the picture. 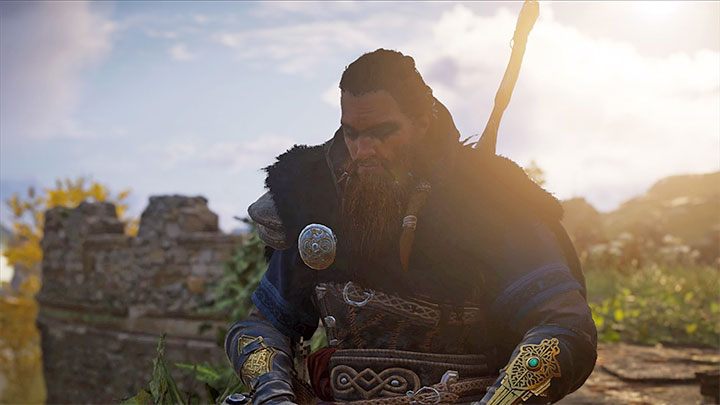 The fireflies can only be found at night, but for a reminder in the game there is a very helpful meditation option, which can be selected from the drop-down menu (hold the bottom direction on the pad crosshairs). Using it, you can change the time of the day. 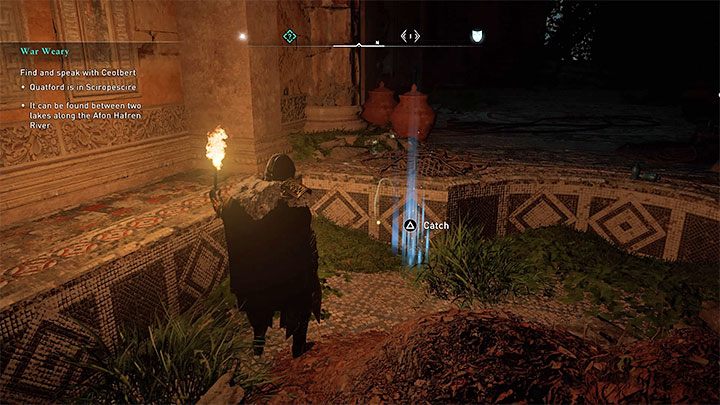 The fireflies can be found inside the ruins - they appear as flying "yellow dots". The fireflies escape, so quickly set off in pursuit and start pressing Triangle (PS4 / PS5) or Y (Xbox One / Xbox Series S X) to catch at least 1 firefly.

If the attempt fails, leave the ruins and move away from them for a while. After returning to the ruined building, the fireflies should once again appear inside it. 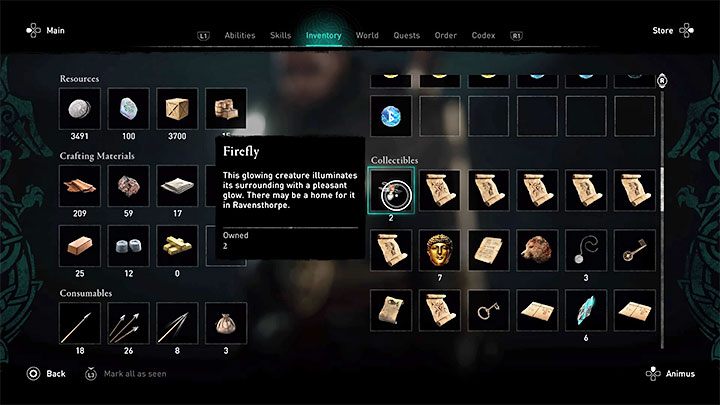 If you're successful, you can look for the fireflies in Eivor's inventory - the firefly(flies) should be in it. 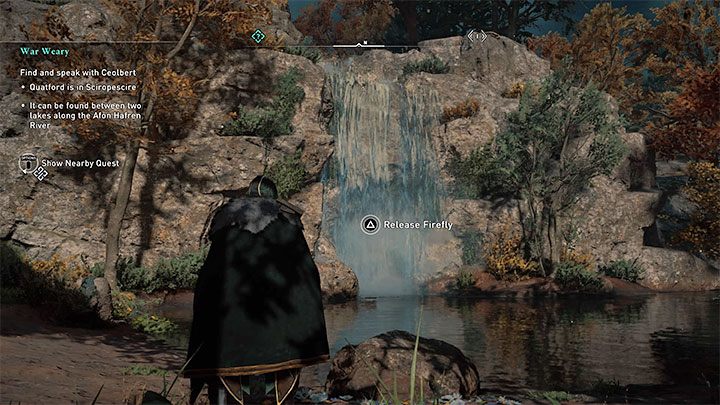 You can release the firefly in the place shown in the picture in Ravensthorpe - the area around the waterfall and Valka's hut at the back of the main building of the settlement. 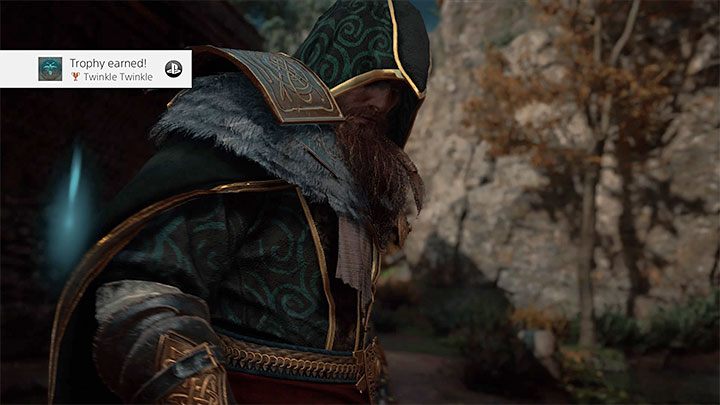 After watching the cut-scene depicting the "domesticating" of the skylight you will get the trophy.