On this page of the Assassin's Creed Valhalla game guide you will find a detailed walkthrough for Tilting the Balance story mission.

Eivor did not find King Burgred in either Templebrough or Ledecestre. However, he managed to capture Lady Aethelswith, which gave the Normans an unexpected advantage in their struggle for the throne of Mercia. Now Eivor must convince the king's wife to turn him in. 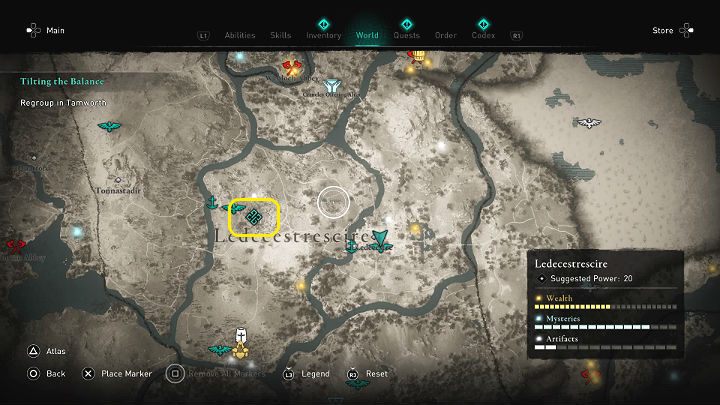 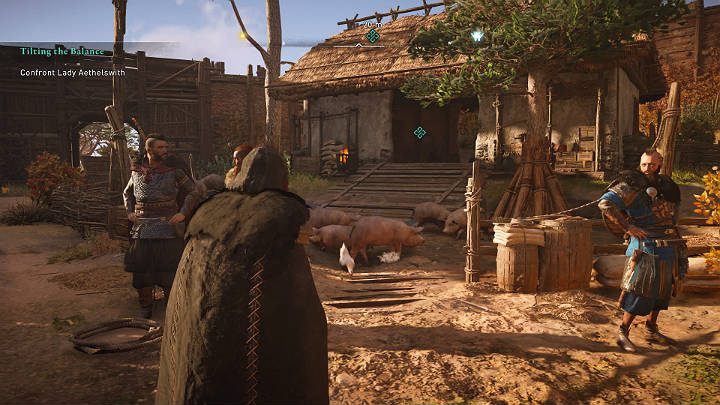 Siegfried and Ubba are at Fort Tamworth guarding the wife of the fugitive king. Go there to talk to them and move on to the next stage of this task - talking to Lady Aethelswith. 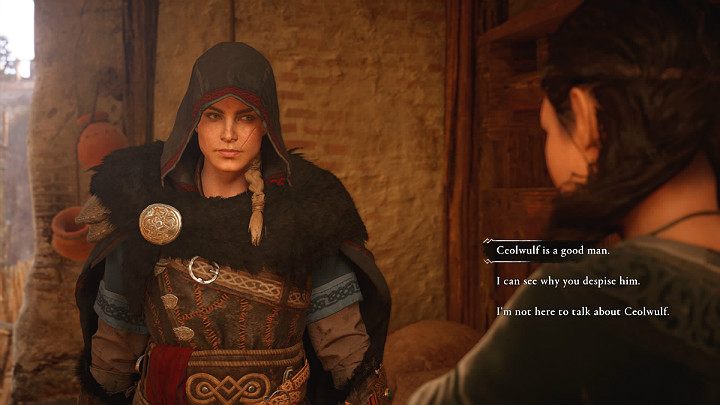 During a conversation with Aethelswith you will have to select the appropriate dialogue options several times. How you conduct the conversation will not matter much, because the end result will be the same.

After a conversation with Lady Aethelswith, Eivor has to go to the old crypt in the south of Ledecestrescire, where the rivers Arva and Alne connect. 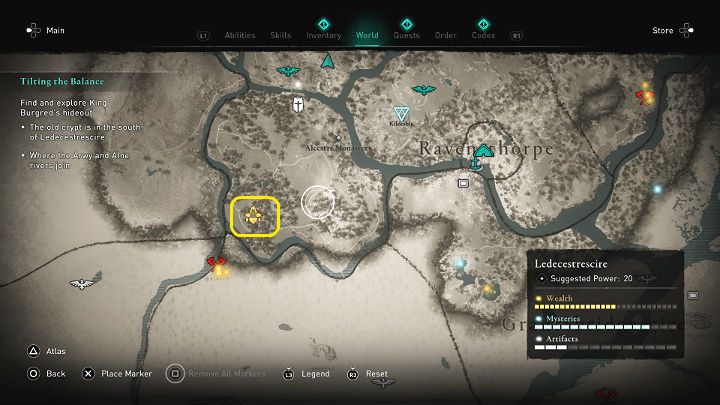 The place where the rivers Arva and Alne connect is marked on the picture above - Offchurch. This is where you have to go in order to move to the next stage of this task. 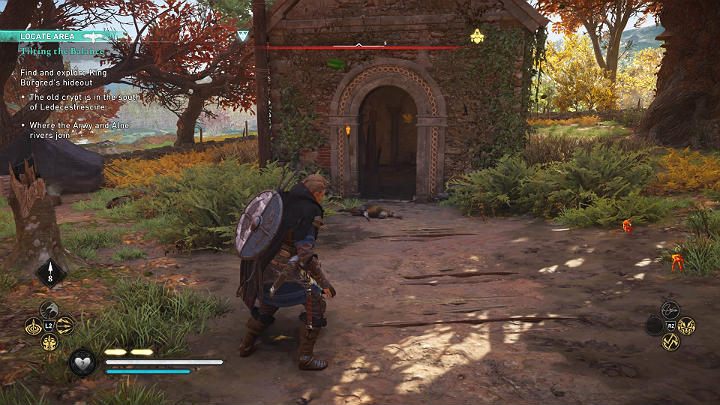 One of the entrances to Burgred's hiding place is somewhat out of the way. The crypt is open, but there are several soldiers in front of it. If you do not want to eliminate all the opponents stationed in the camp consider using the other entrance. 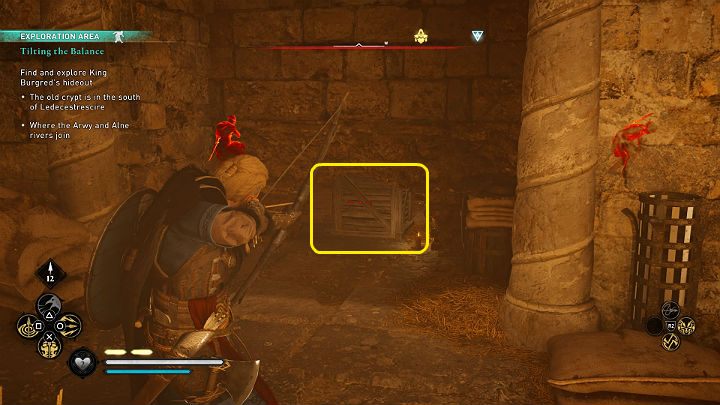 When you get inside, shoot the box blocking the passage to the further part of the underground complex. This will draw the attention of two soldiers, but you should be able to eliminate them quickly. Keep moving further underground - this is the right way to go. In the side aisles you can find additional items and raw materials. 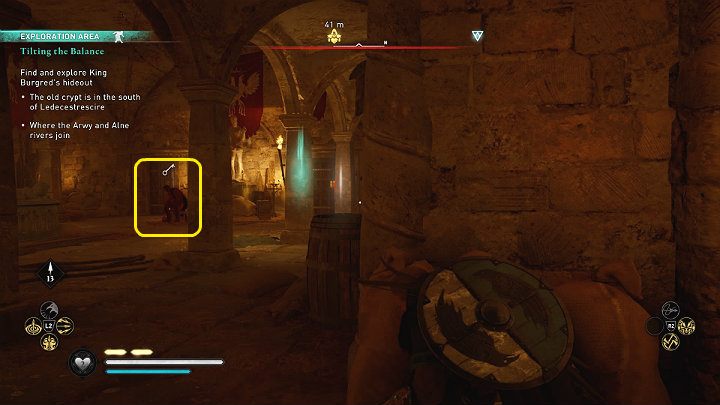 In the last room you will encounter a stronger guard. Take the key from the body of the defeated opponent and open the door of King Burgred's hiding place. 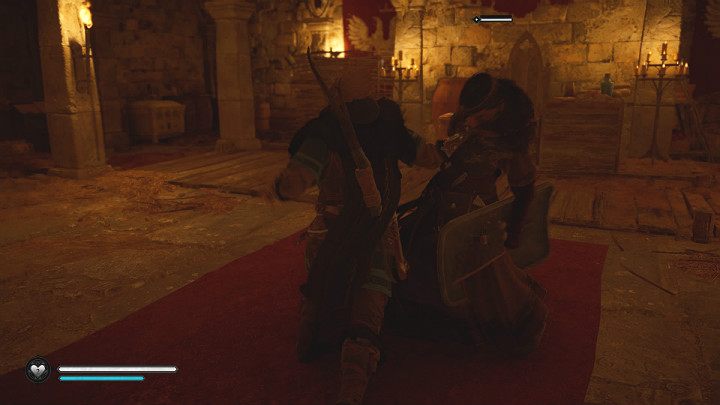 The king will not give up without a fight so you will have to defeat him. During this battle, you can only parry blows and fight with your bare fists. Parry the blows of your opponent until he is stunned, and then strike one powerful blow to deprive the king of his stamina. When the fight is over, tie up Burgred, pick him up and take him out of the crypt. The nearest exit leads through the door on the right. 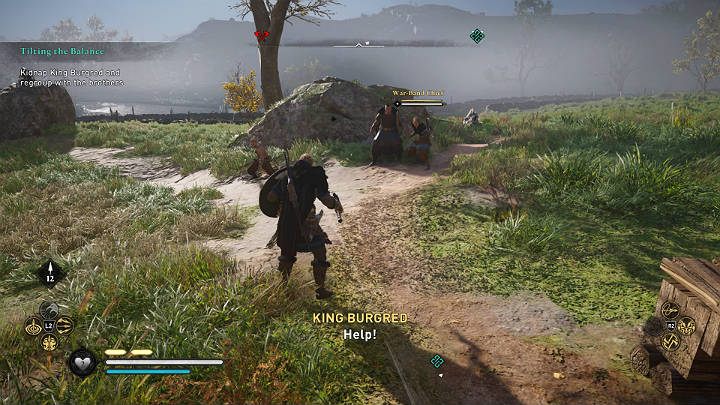 If you have obtained information from Tonna amicably and left her alive, you will have to fight her when you come out of the crypt from the side door. Loyal to the king until the very end, Tonna and her two warriors are waiting for you in front of the hideout. 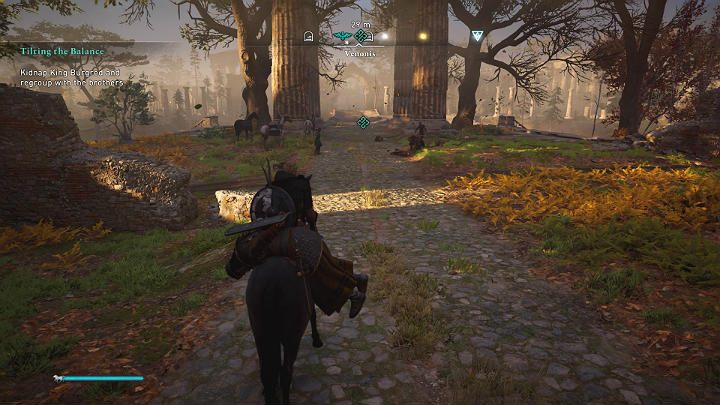 Call the horse, place the king on it, and then ride horseback to meet Sigurd and Ubba at Venonis.

The final stage of this task is to deliver the captured king to Tamworth. However, keep an eye out as you will be attacked by groups of soldiers loyal to Burgred along the way. 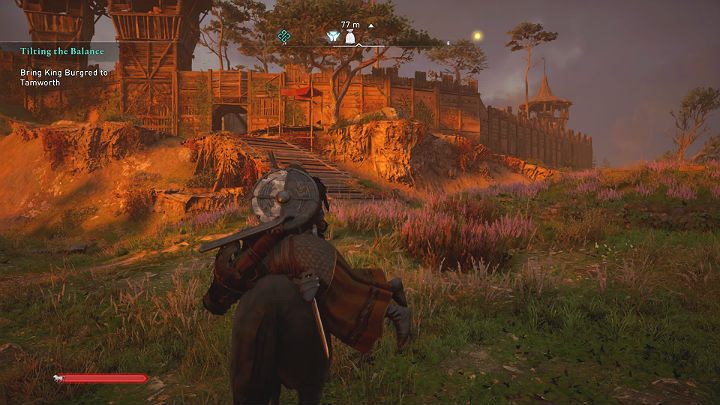 When you are attacked by a group of soldiers and thrown off your horse (soldiers can shoot Eivor with bows) get rid of your opponents and then move on. If you drive through the woods you can completely avoid fighting. When you arrive, the mission will be completed and you will receive 3 400 XP as a reward.