On this page of the Assassin's Creed Valhalla game guide you will find a walkthrough for Rumors of the Ledecestre story quest.

Eivor learns from Tonna that the Saxon village of Ledecestre is one of the possible hiding places of the fugitive King Burgred. Eivor sets off for a meeting with Ivarr, who is going there to investigate. 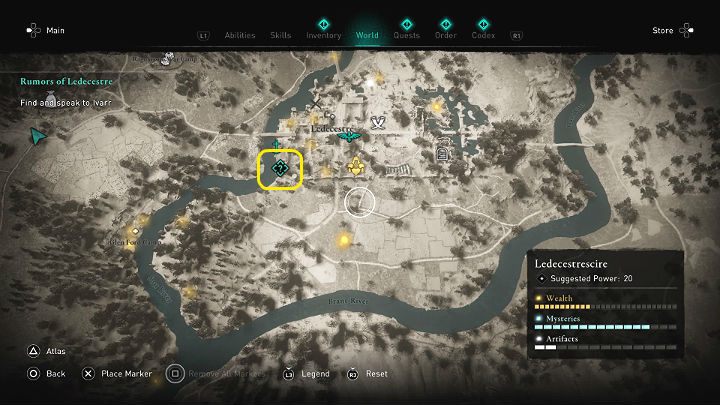 Find and speak to Ivarr 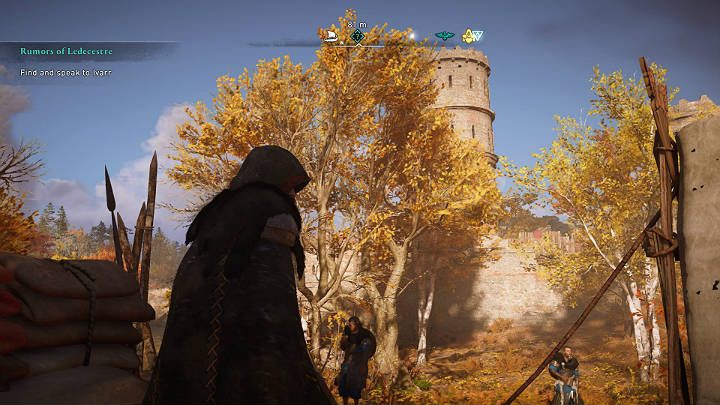 As soon as you approach a small camp near the town of Ledecestre you will receive a tip that Ivarr is waiting for you at the top of a nearby tower. Climb upstairs to talk to one of the Sons of Ragnar. 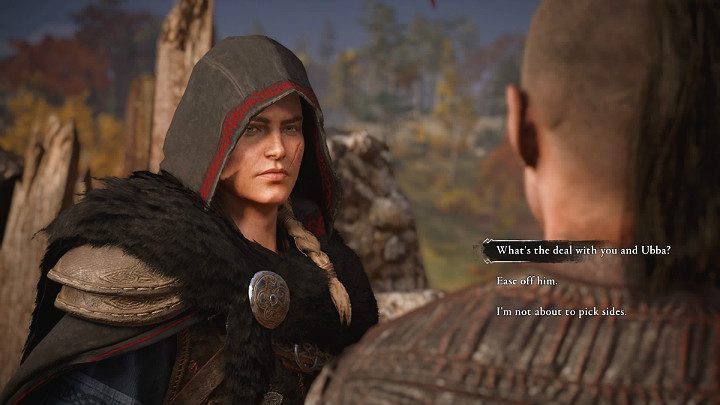 During the conversation you will find out that Ivarr has doubts about his brother Ubbe - you can ask what exactly is going on or remain impartial. Your decision won't matter much.

Ivarr's spy, unfortunately, did not arrive on time, so Eivor has to look for clues on his own. You will have two buildings to visit: a church and old baths. 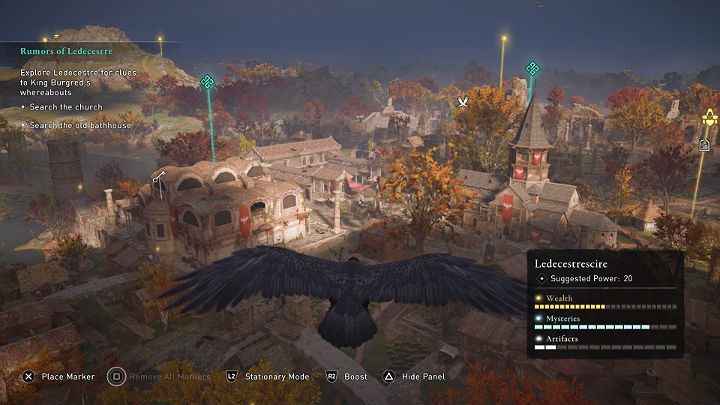 The church is a well-guarded building in the center of the settlement (synchronization point) so to get there you will have to sneak in or eliminate the soldiers standing guard. 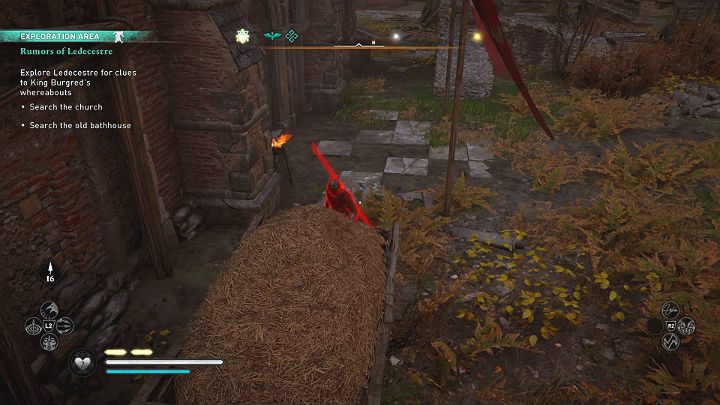 The main door to the church is barricaded so you must use the alternative entrance. The second entrance is at the back of the building. It is guarded by one soldier so you can easily deal with him. Jump into the haystack, whistle to lure the enemy closer and eliminate him. 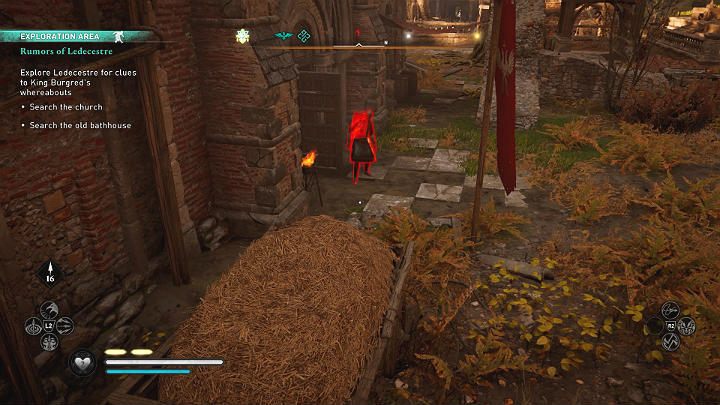 There will be two more soldiers inside. After a short while one of them will come out so you can wait in the haystack and lure him in the same way as the previous one. Then open the door and whistle to catch the attention of the other soldier, and then jump into the haystack. Wait till he leaves the building and eliminate him. 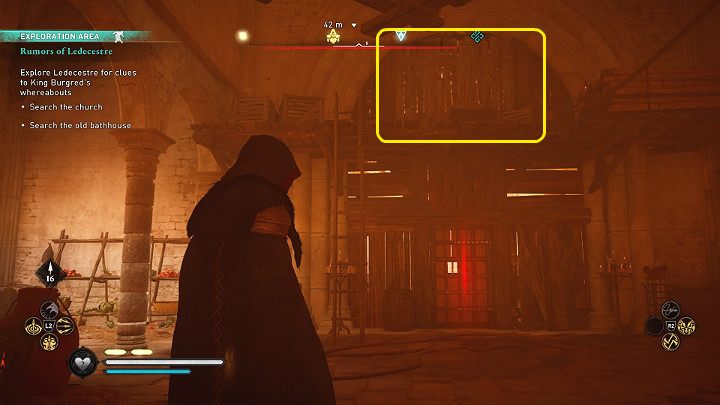 The door leading to the pointer is barricaded. Go upstairs and smash the wooden wall to get to the other side. Go down to the caverns. 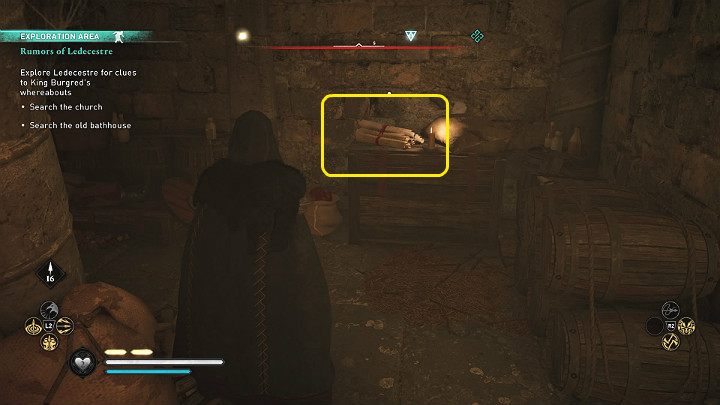 Go to the very end of the underground room. Leofrith's Order is the document you need to find. Get out of the church and go to the old baths.

The old baths are another well guarded building. Outside, there are a few soldiers, but if you don't want to kill them, you can easily skip the fight and climb to the top of the building to get inside it through a hole in the roof. 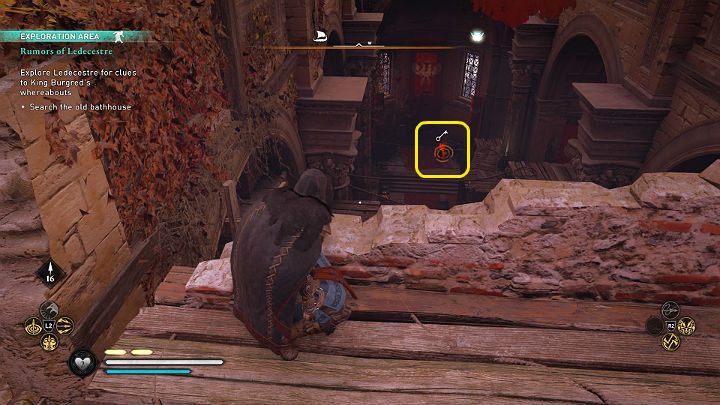 Your main target will be a soldier who has a key that opens the way to a closed room. The keyholder is not standing in one place and will walk around the entire complex. 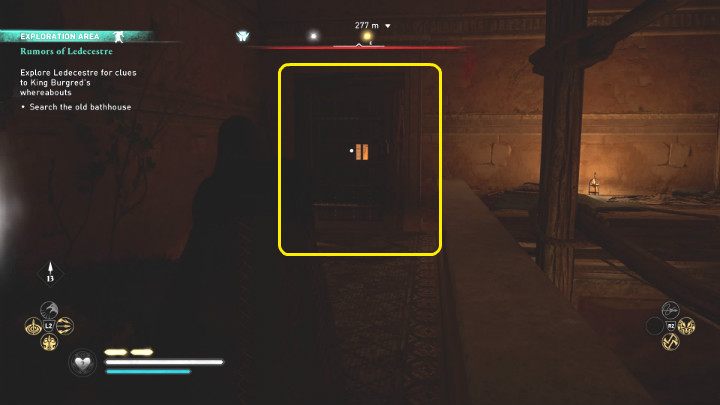 When you get the key, take the stairs to the upper floor and open the door at the very end of the narrow balcony. 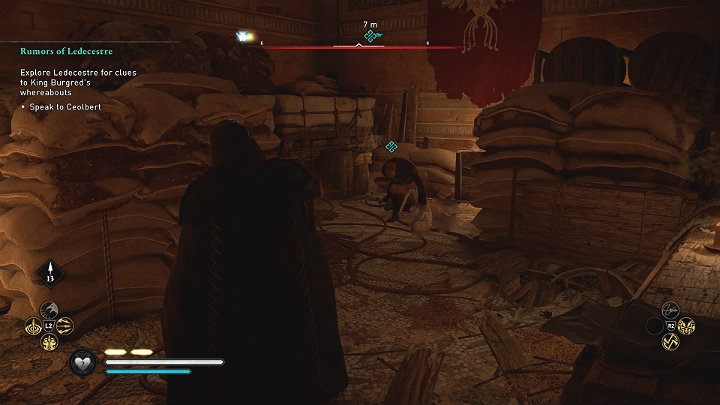 In the room you will meet Ceolbert, who sneaked into the building to find Burgred on his own. The son of the future king found out that Burgred is not hiding in Ledecestre so we will have to look for another clue.

During Eivor's conversation with Ceolbert, Ivarr and his people began a raid on the city, and you will have to escort Ceolbert. 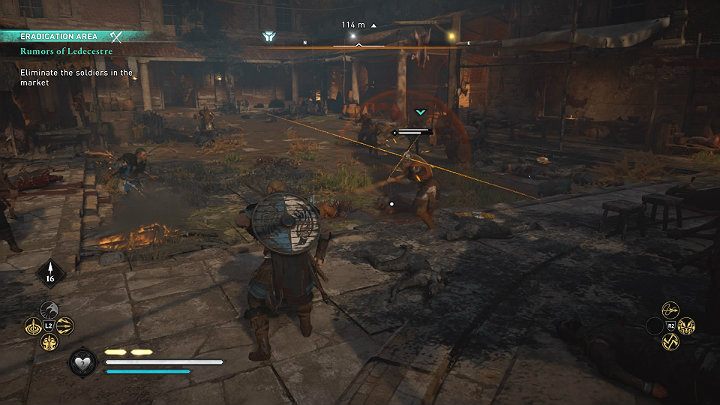 The boy will run ahead and attract the attention of the soldiers until he is on the market. Eliminate all enemies and then talk to Ceolbert to complete this mission. As a reward, you will receive 3,400 XP.