On this page of the Assassin's Creed Valhalla guide you will find a detailed walkthrough for Walls of Templebrough story quest.

Thanks to the information received from Tonna, Eivor learned that the ruins of the Roman fortress in Templebrough are a perfect hiding place for the fugitive King Burgred. Eivor sets off to meet with Sigurd and Ubba, who went there for reconnaissance. 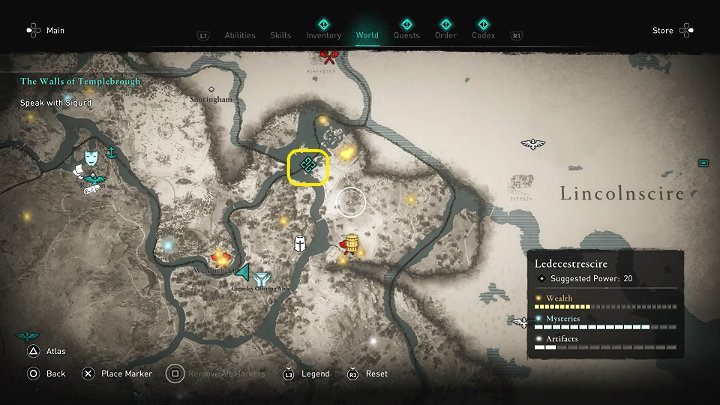 As soon as you approach a small camp near Templebrough you will witness a scene in which Ubba interrogates captured prisoners. 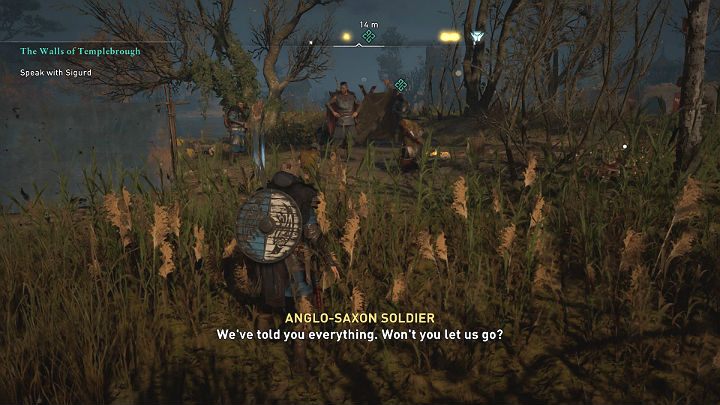 During the conversation, you will find out that King Burgred is not here, but his wife, Lady Aethelswith, is in the area. Your task will be to catch her.

Lady Aethelswith will not be an easy target as she is in a closed cell under the supervision of soldiers stationed in Templebrough. 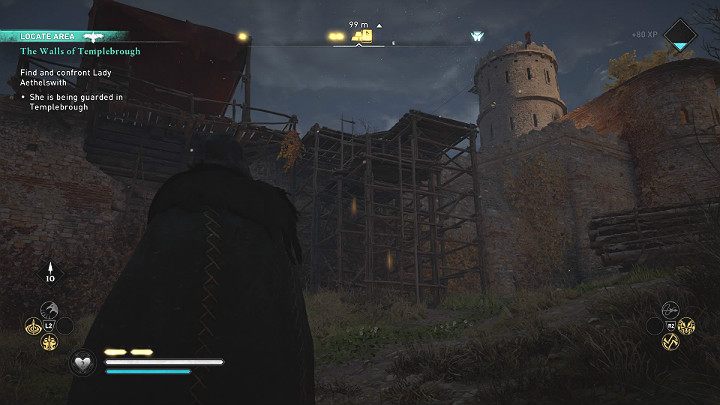 You can solve this task in two ways: call your clan to start a Raid or look for her by yourself. The quickest way to the destination is through the wooden scaffolding. 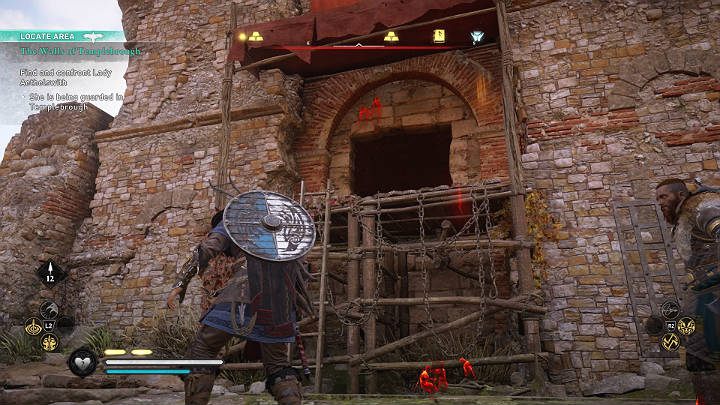 No matterhow you want to solve this task, you will find Lady Aethelswith in a well-guarded fortress. The entrance to the fortress is shown in the picture above. You can shoot down opponents stationed in the middle one by one with a bow after taking up a position on the scaffolding. 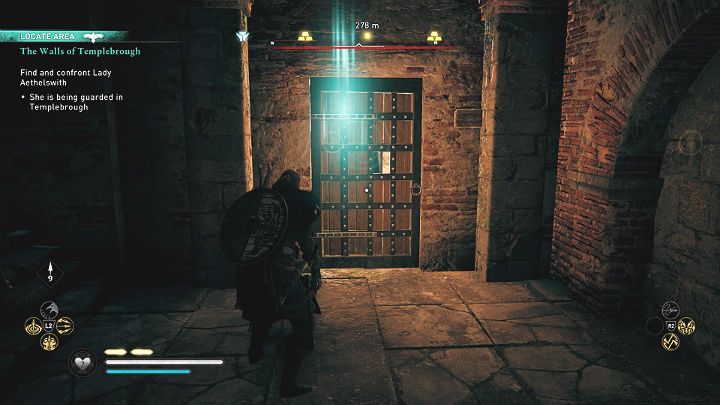 You must descend to the lowest level of the fortress. As soon as you open the door to the chamber, a cut-scene will begin. Unfortunately, the queen was replaced by one of her servants, while Lady Aethelswith herself is running away.

Capture Aethelswith and bring her to camp

Run out of the fortress and head towards the mission marker, which indicates Aethelswith's current position. 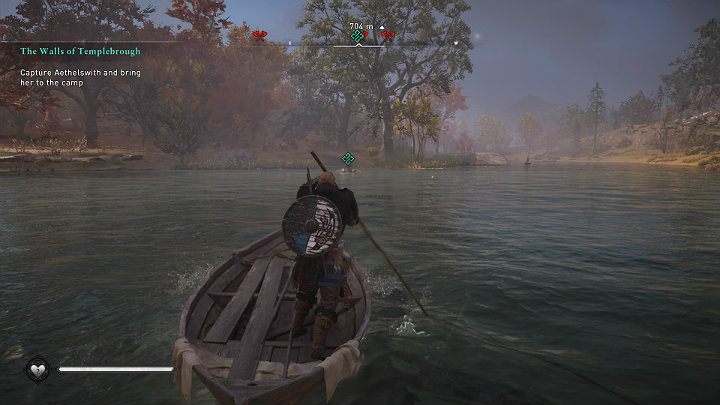 The woman tries to escape by boat, so quickly enter the second boat that is left on shore and follow the queen. 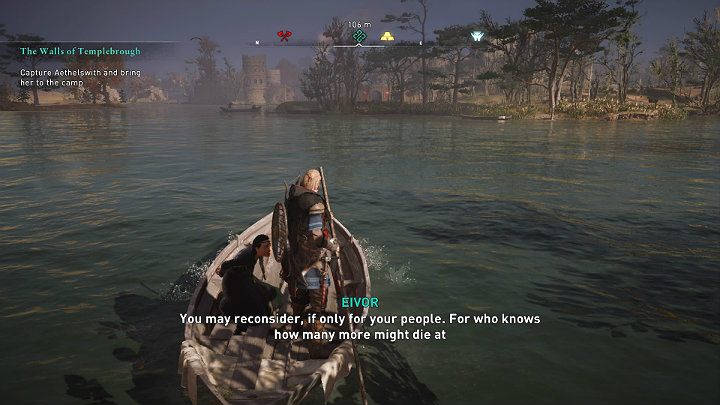 When you reach the shore, you will have to fight two stronger opponents and a few ordinary soldiers. When the fight is over, tie Lady Aethelswith up and take her to the boat. Then get to the camp and hand it over to the Sons of Ragnar. 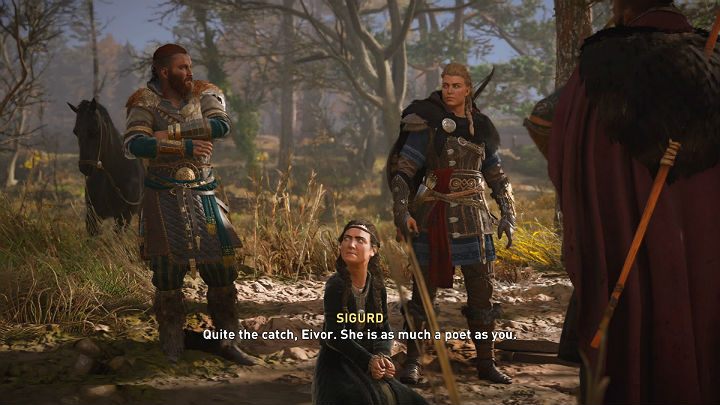 After the conversation with Sigurd, the task will be completed and you will receive 3 400 XP as a reward.