On this page of the Assassin's Creed Valhalla guide, you will find a description of a boss encounter with Leofrith. You will find out when the confrontation takes place, what attacks the boss has at his disposal, and how to avoid them, as well as how to defeat him effectively and quickly.

A duel with boss Leofrith takes place during a story mission called Heavy is the Head. Eivor and Sigurd, with the help of the Sons of Ragnar, succeeded in overthrowing King Burgred and placed Ceolwulf on the throne. However, Leofrith arrives in Repton and does not want to give up, and as a result, Eivor goes out to confront him. 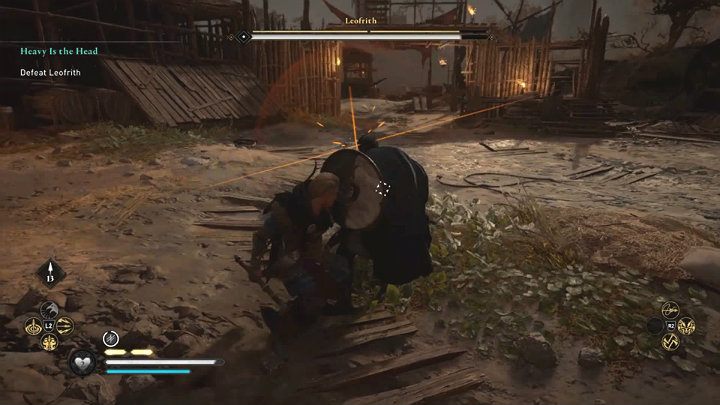 Leofrith handles his two-handed sword well and his attacks have extended range. Fortunately, the vast majority of his attacks are indicated by a yellow flash and can be blocked or paired. In Leofrith's moveset you will find attacks from below, as well as overhead and fist attacks. They are not that fast so you will certainly be able to react to them properly. 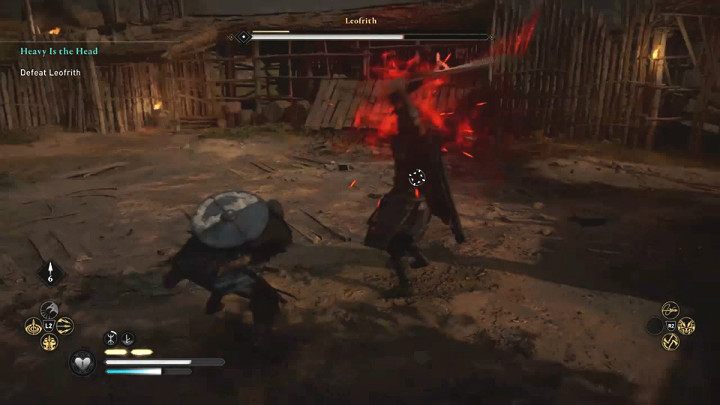 However, beware of a stronger attack, which is indicated by a red flash. This one has to be dodged because it cannot be blocked. 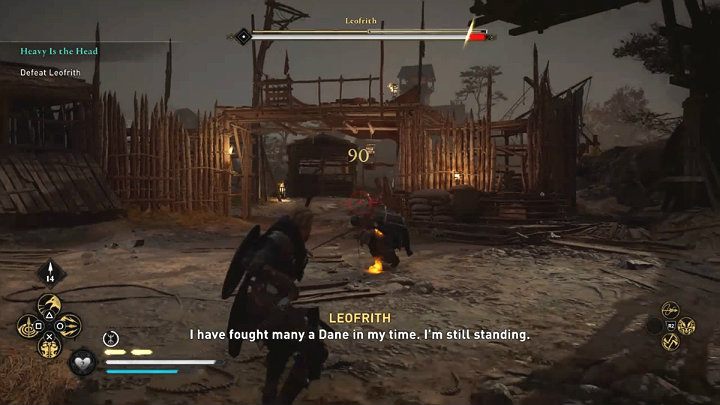 If you want, you can also attack from a distance with a bow and Leofrith won't be able to avoid the arrows - but he can dodge. Aim at the head to cause the highest damage possible. 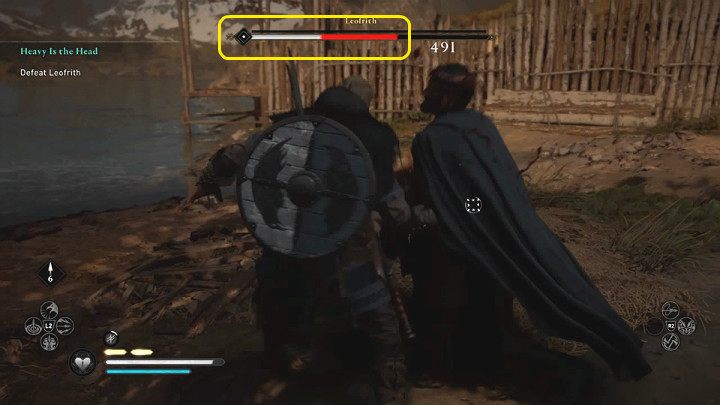 The tactics for the fight are very simple - dodge or block his attacks and return with a quick counter. After a sucessful hit, wait for your opponent's next move to counter him again. In the picture above you can see how much damage you can do to an opponent with one attack when stunned.