On this page of the guide to Assassin's Creed Valhalla, you will learn how to access a berserker pack with unique Eivora objects and equipment. You will also find out if it is possible to buy a set of berserker's clothing elements alone.

Berserker pack - how to get it? 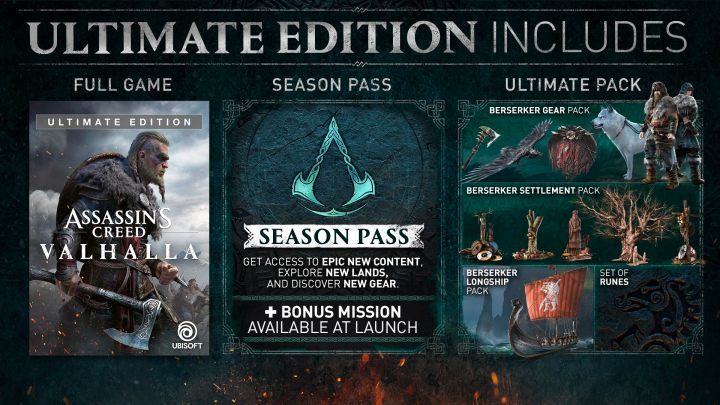 The Berserker Pack is offered free of charge to all holders of the Ultimate edition of Assassin's Creed Valhalla, i.e. it is the most expensive and complete release of the game. The package includes:

The game automatically gives all these items to the Ultimate edition holders. This will happen shortly after starting the game. You don't need to get them from the built-in store. 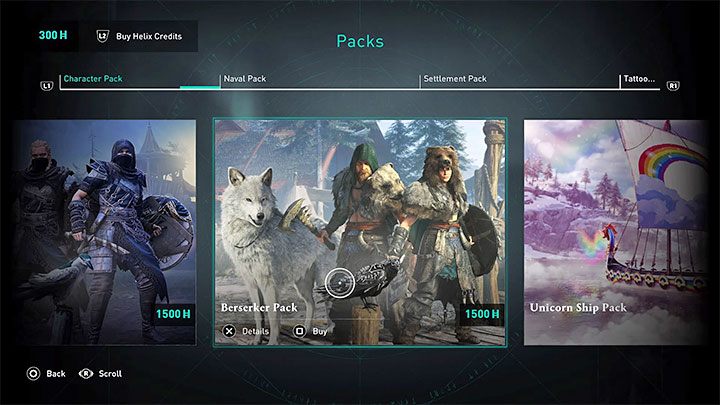 If you don't have the Ultimate game edition, you can also buy packages of berserker items in the game store. This requires Helix Credits, the game's premium currency. 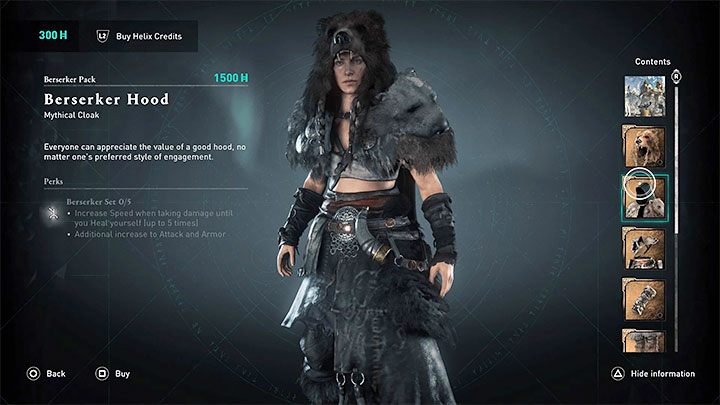 Cost: 1500 Helix Credits in the store. It contains:

1) A set of 5 elements of berserker's armor - hood, headgear, breastplate, carvasses, shoes. These are items of Mythical Quality (highest). Wearing all of them guarantees a berserker set bonus – increasing attack speed as you receive damage, as well as attack and armor bonuses. The armor fits the heroes of both sexes. 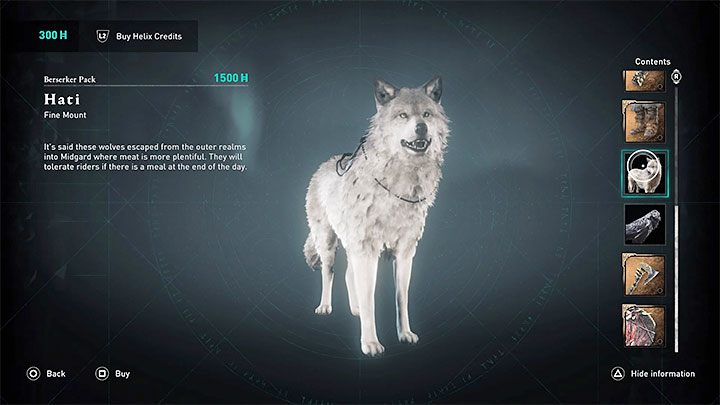 2) Hati - a wolf, which you can use as a mount. It can replace the regular horse. 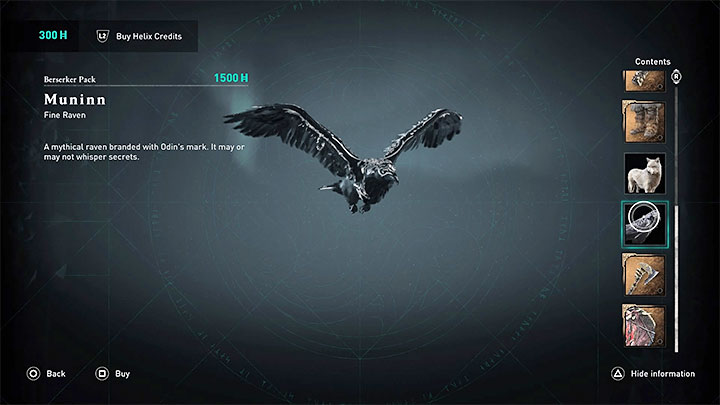 3) Muninn - a raven of unique appearance. 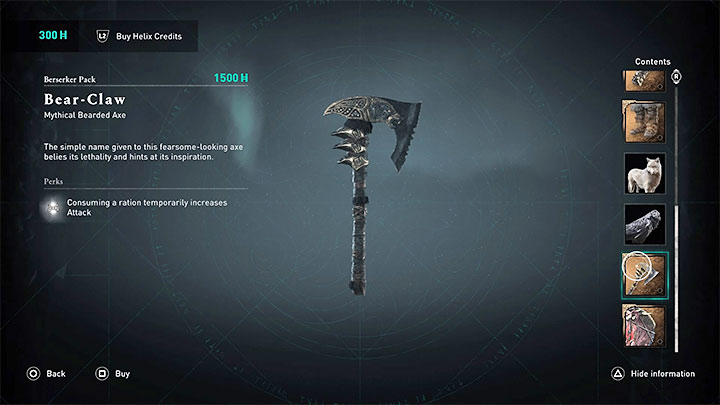 4) Bear-Claw axe of Mythical Quality (highest). It provides bonus to attack power when you consume rations. 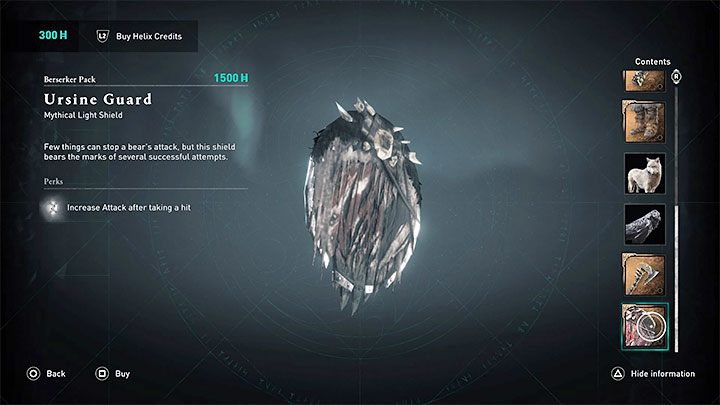 5) The shield of Ursine Guard of Mythical Quality (highest). It has an additional feature of increasing attack power when you receive damage. 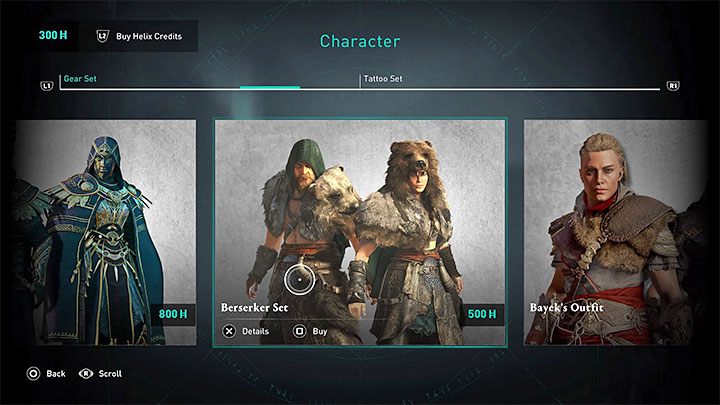 Cost: 500 Helix Credits in the store. This is a poorer version of the berserker set. It only includes new elements of berserker clothing. 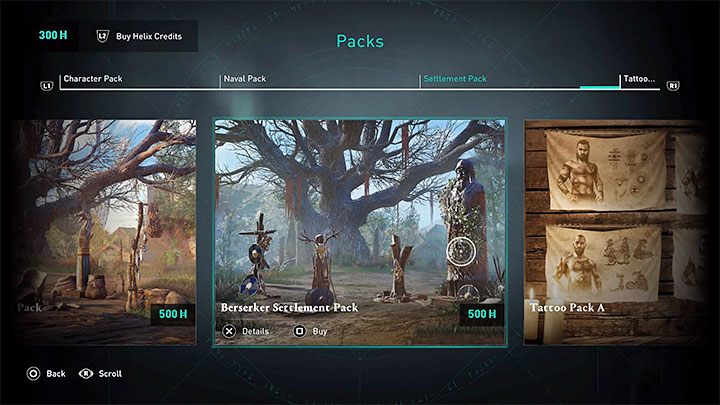 Cost: 500 Helix Credits in the store. It contains various decorations to be set up in the village of Ravensthorpe. None of them offer real benefits. These are only cosmetic items. 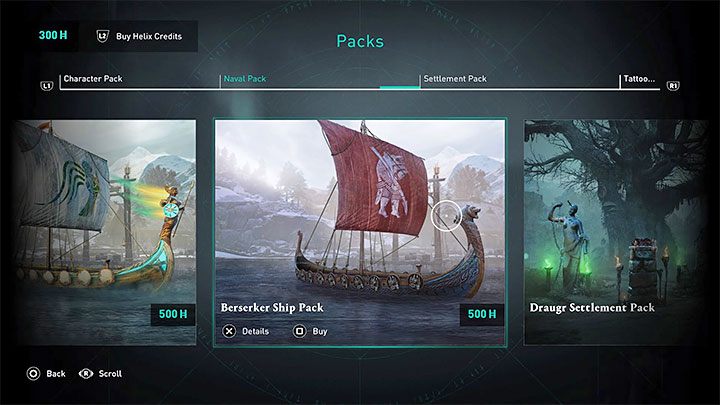 Cost: 500 Helix Credits in the store. It contains a new ship livery, a new sail pattern and new cosmetic elements on the ship. None of these things affects the ship's statistics - they are cosmetic items.

Bonus pre-order - The Way of the Berserker mission 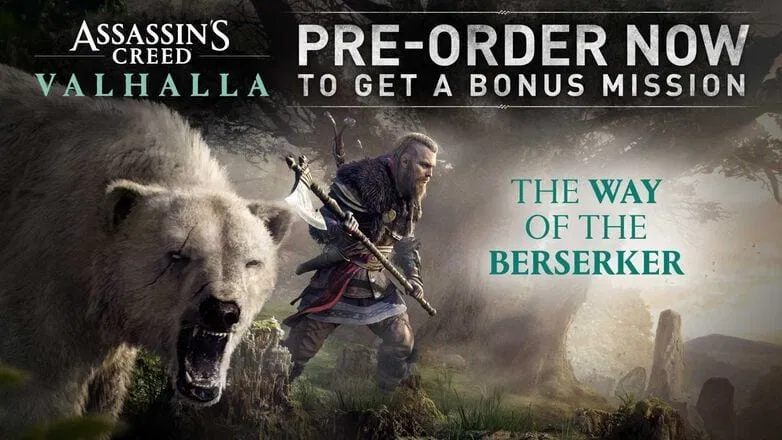 The side mission The Way of the Berserker is an award for all those who pre-ordered Assassin's Creed Valhalla. It applies to all versions of the game, including the basic one. It should automatically appear in the journal soon after a new game has started.