On this page of the Assassin's Creed Valhalla guide, you will find a walkthrough of the A Skalds Lament side mission. 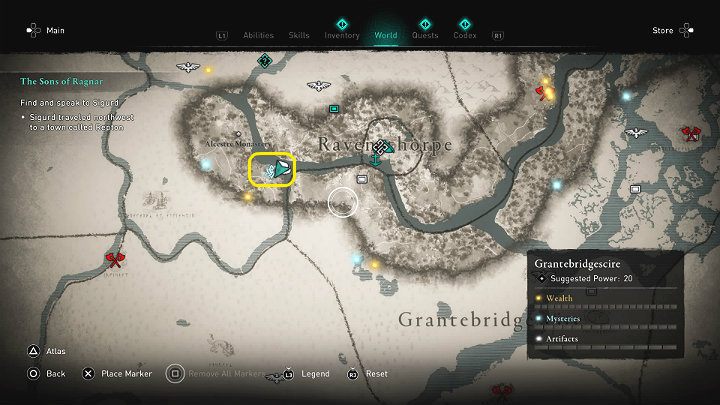 In the place marked in the picture above, you will find a woman and a man who apparently need help. The man does not seem to be fully sane so it is better to keep an eye on him. 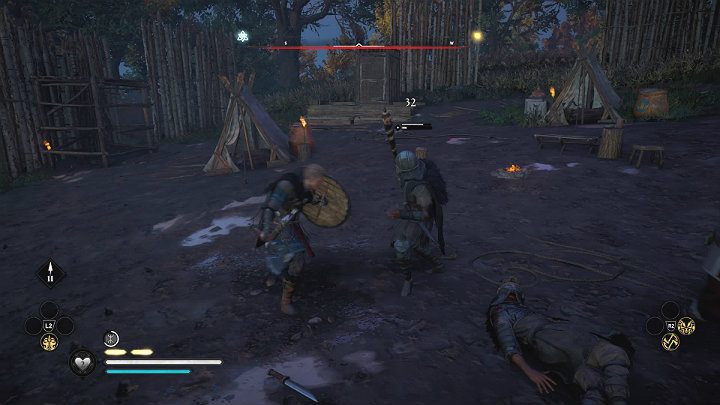 After the conversation, the man will start running away from the camp in a direction known only to him - run after him and wait until he reaches his destination. The shouting skald will barge into a camp full of bandits and gets into a fight. Help him in his struggle and deal with the thugs. There will be one stronger opponent among them - their leader. 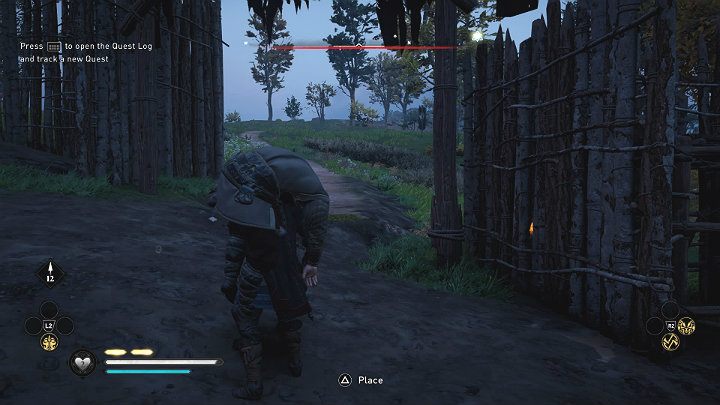 After the fight, talk to the man, then take him on your back and back to his camp.

You can run with a burden on your back and you can use it to get to your destination faster. You can also call a horse and throw the man on its back. 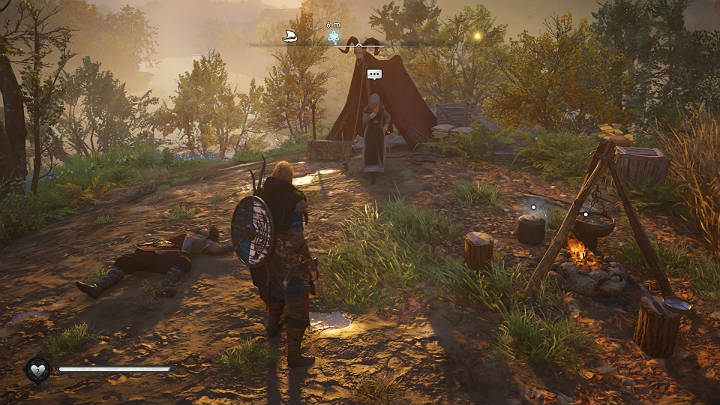 When you reach the camp you have to put the man on the ground and then talk to the woman to finish the task.