On this page of the Assassin's Creed Valhalla guide, you will find a detailed walkthrough of the Settling Down.

The Raven Clan managed to take back the old Ragnarson's Encampment from bandits. But they have a lot of work to do before they will be able to call this place home. 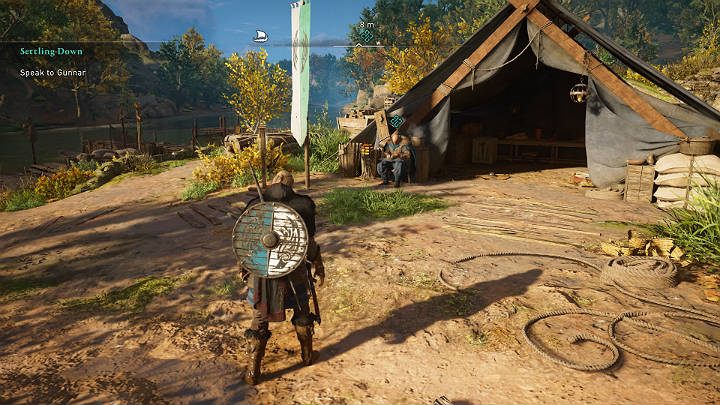 The first thing you have to do is talk to Gunnar. The forge is an extremely important building for every settlement  Sigurd wants the blacksmith to start working as soon as possible. During the conversation, you will receive a map that indicates the place of the first mission in the new area. Take it and go straight to the Drakkar. 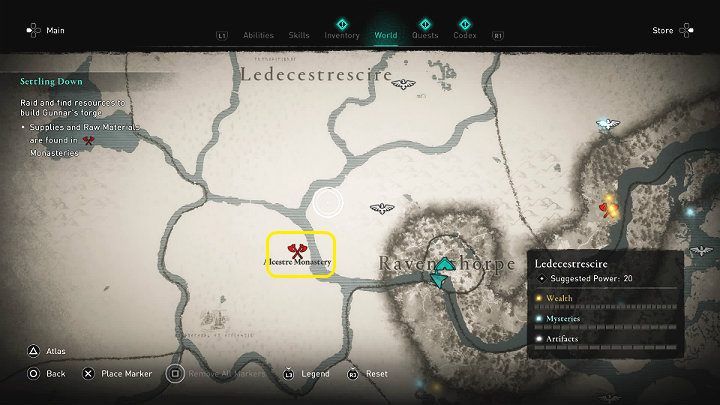 Eivor and the crew must make the first raid on the monastery to obtain the supplies and raw materials necessary to build the forge. Your goal is Alcestre Monastery  we have marked it on the picture above. 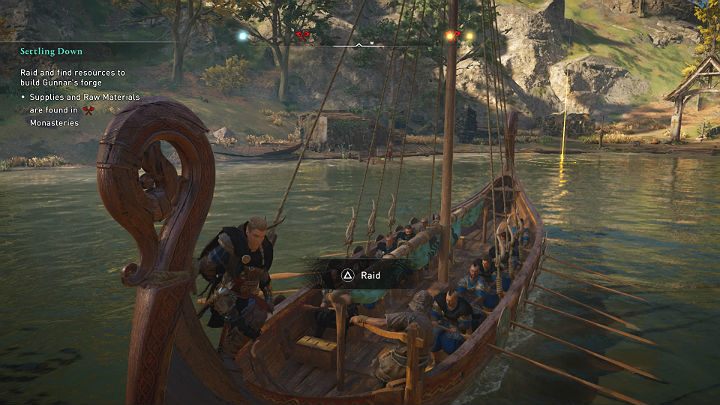 When you reach the shore, position yourself with the bow of the boat towards the yellow marker and start the raid. The warriors will go ashore and start plundering the area. 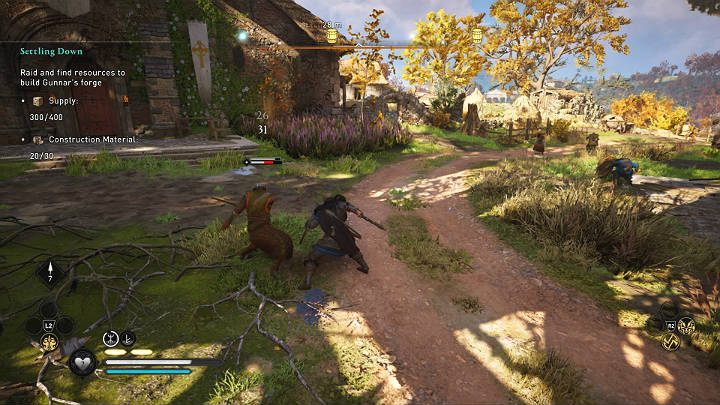 Before you start collecting supplies, you should deal with all the opponents first. In the monastery, you will find are several pikemen, soldiers armed with shields and swords as well as warriors with two-handed axes. 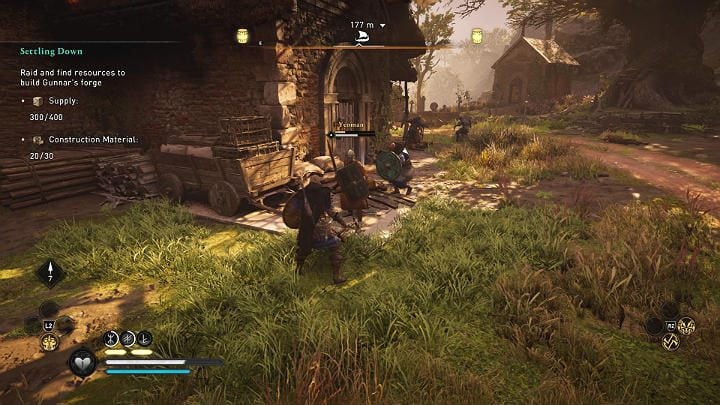 You will also face one stronger opponent, a knight named Yeoman. Parry his attacks to knock him out of balance and break through his guard. 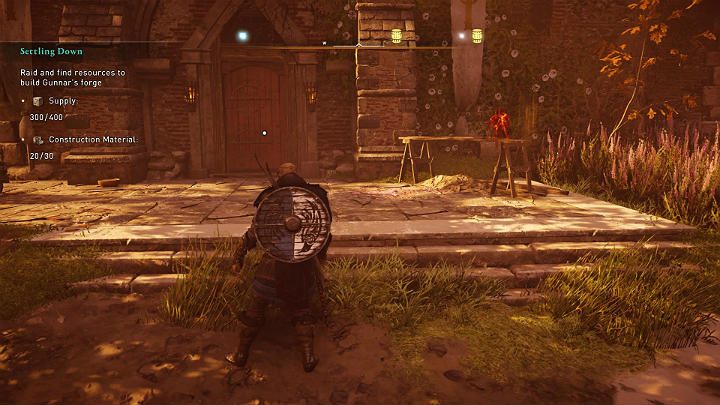 The supplies needed to complete the mission are hidden in the main building, behind closed doors. They are guarded by 3 soldiers  break down the door and deal with them. 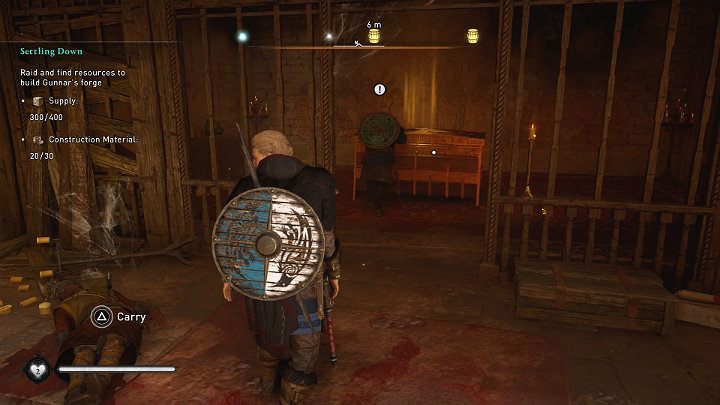 The materials are hidden in a massive chest. You have to open it together with another person  when one of the Vikings comes to the chest, help them to remove the top lid. 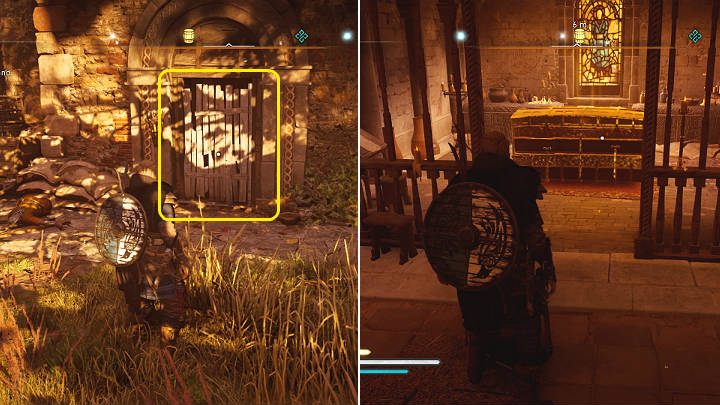 Before you return to the settlement, search the area for more supplies and items. You will find additional raw materials behind the makeshift door visible in the picture above. Break them down to get to the building. The items are in a massive chest. 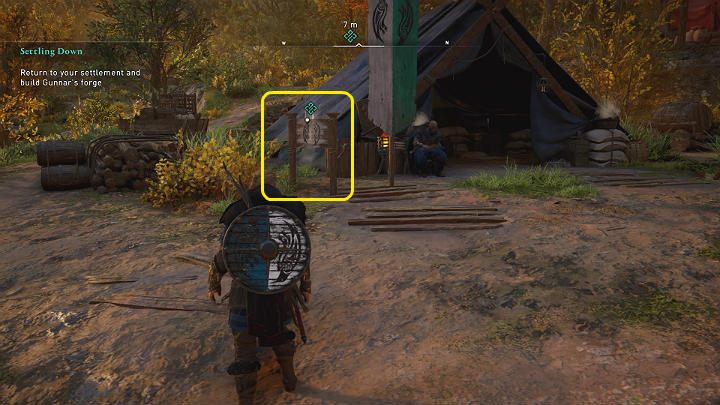 After returning to Ravensthorpe, approach the wooden board at Gunnar's booth and interact with it. Then you will build a forge. After finishing the work, go to Sigurd. 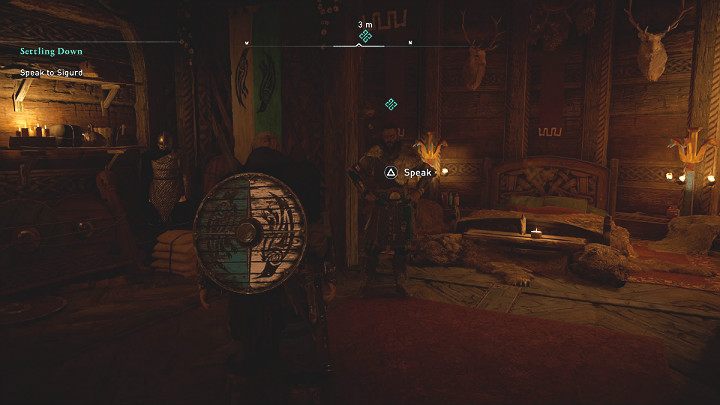 It will turn out that he prepared a room for Eivor in the long house. Look around and interact with some of the items. Then go to the stable to talk to Sigurd again and complete this mission. As a reward, you will receive 3,400 XP.