On this page of the Assassin's Creed Valhalla guide, you will find a detailed walkthrough of the Unwelcome quest.

Another obstacle appeared on the road of the Raven Clan - after Ragnar's sons left, their former settlement was taken over by bandits. It is time to eliminate them and take over the area.

Get rid of the bandits

As soon as the Raven Clan reaches the shore, Sigurd will begin a conversation with the bandits. Unfortunately, the thugs are not very friendly – they will try to chase the newcomers away. 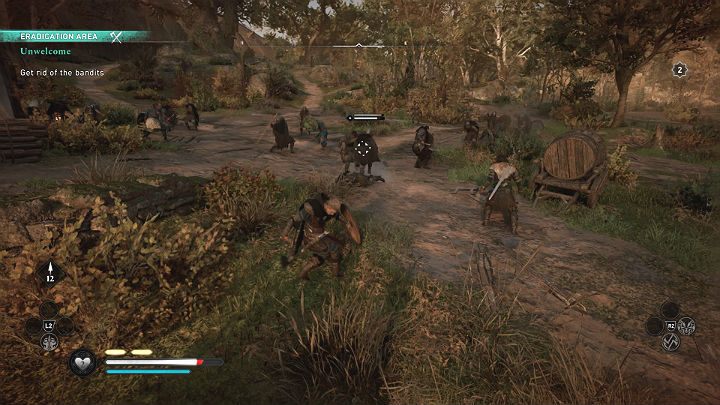 The coast will be full of enemies. Eivor is accompanied by Raven Clan warriors so you should defeat them quickly. There are a few archers and warriors equipped with slingers among them – eliminate them first. The remaining enemies are armed with melee weapons – avoid their attacks or parry to eliminate them fast. 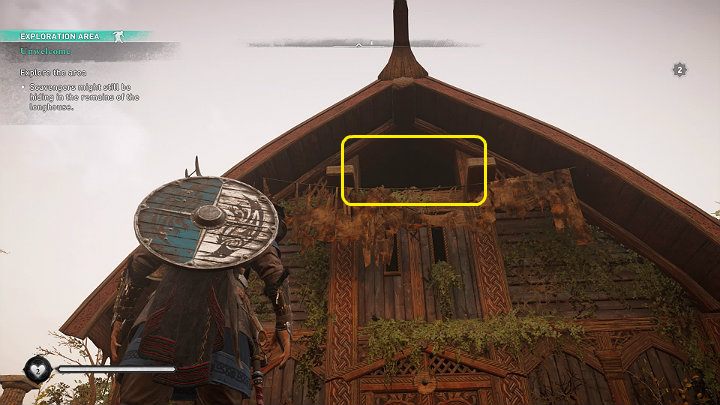 After the fight, go to the long house. You can go inside through a hole at the top. Inside you will find two hostages: Yanli and Rowan, who will agree to join the Vikings. In this way, the Raven Clan has found a new home – Ravensthorpe. Talk to the hostages to complete this quest – you will receive 3,400XP.