On this page of the Assassin's Creed Valhalla guide, you will find a detailed description of The Swan-Road Home.

Under Sigurd's leadership, the Raven Clan left its native Norway and sailed towards England, looking for the sons of Ragnar Lothbrok who are conquering these lands.

Sigurd's crew encounters the first obstacle – a metal chain hanging across the river. Eivor's task is to find a way to remove the obstacle. If you want to pass this stage smoothly and eliminate your enemies quietly, follow the instructions below.

There is also an alternative solution to this objective that doesn't involve fighting. Just sneak near the mechanism and destroy the locks. Sigurd will immediately come closer to take Eivor on board – the opponents won't attack you. 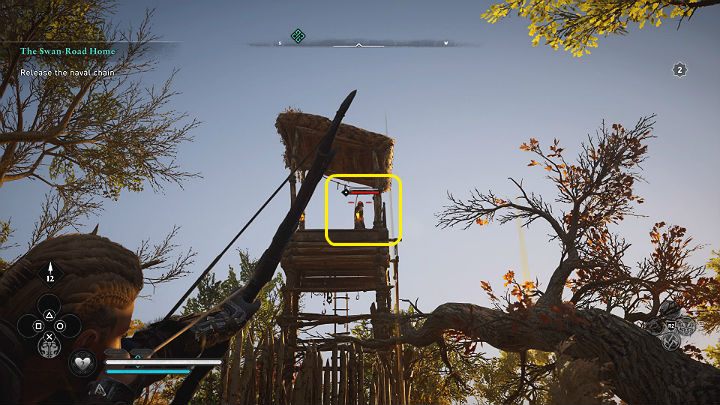 The blockade mechanism is guarded by several soldiers. Start by eliminating the enemy observing the area from the watchtower. Hide in the bushes and take him down with a bow. Now you can enter the camp through a gap in the wooden palisade and take care of the other opponents. 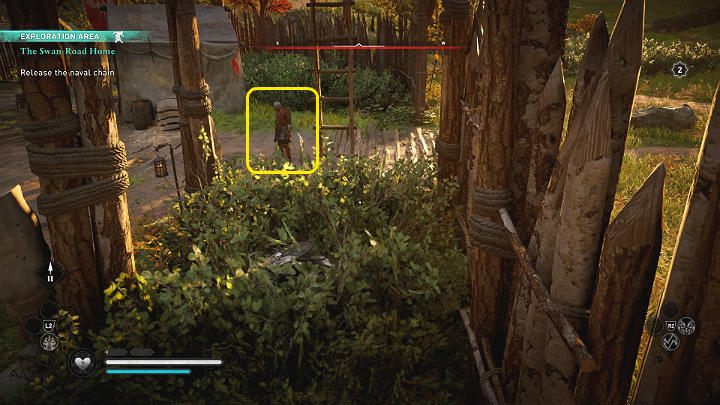 Stay in the bushes and approach the main entrance to the camp. When the enemy patrolling the area appears, whistle to lure him into the bushes and eliminate with the Hidden Blade. Hide the body in the bushes to avoid attracting the attention of other soldiers. 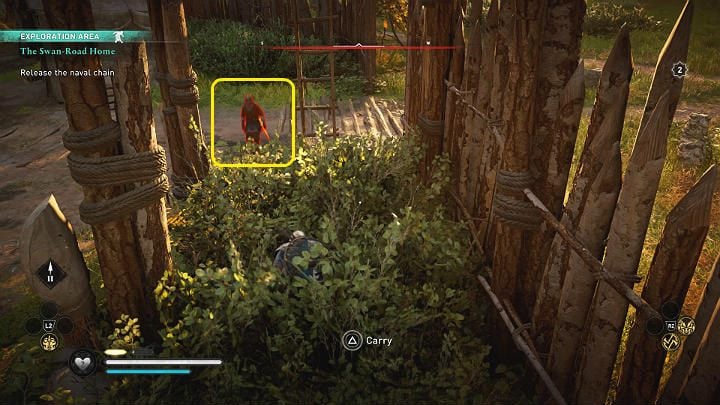 After a while, another soldier will come to the same place – you can eliminate him in exactly the same way. The rest of the opponents is guarding their positions – you have to approach them. 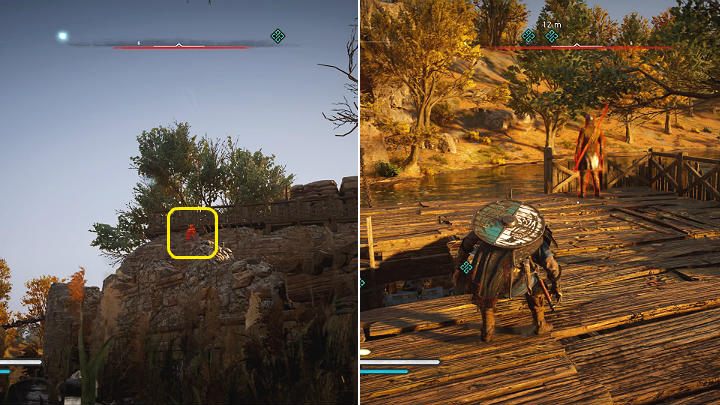 Get out of the camp through a hole in the palisade and stick to the moors by the river. At the top, you will find a single enemy guarding the chain's mechanism. Climb up on the wall and as soon as the enemy moves a little bit to the side, eliminate him with a single attack. 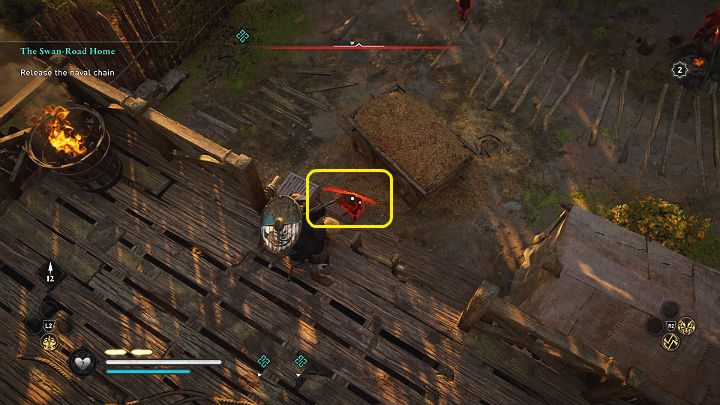 You can eliminate another opponent from above. Move forward a little to get a good view (the other soldiers will not be able to see you) and then perform an assassination. When you land, you will immediately take a safe position behind the cart – you won't be detected. 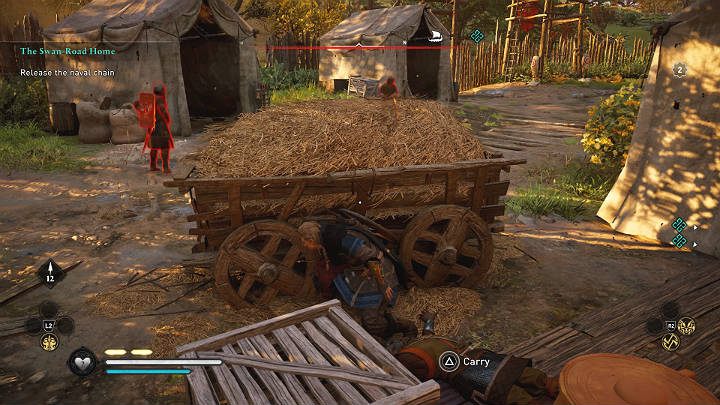 If you have the chained assassination skill, you can kill the opponent on the left by using the Hidden Blade and then throw the axe at the last enemy. If not, follow these instructions.

Jump over the wall to the left of the hay wagon and go around the camp. Enter the bushes on the left of the first soldier. Whistle to lure him closer and then eliminate. 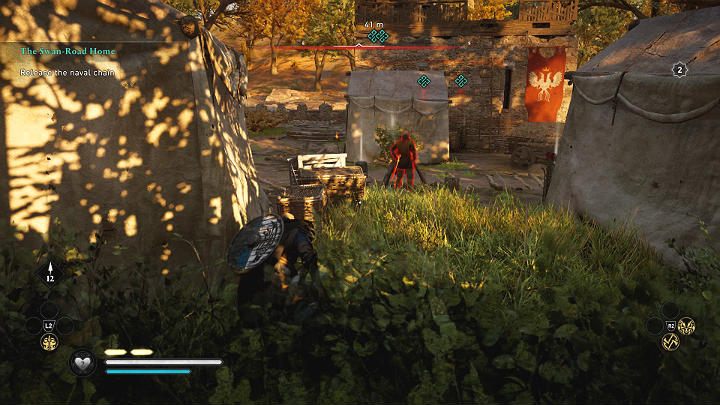 Approach the last opponent from behind and finish him off. The camp is cleared of enemies – you can deal with the chain mechanism. Don't forget to search the nearby tents and the brick watchtower – you will find some Silver and materials. 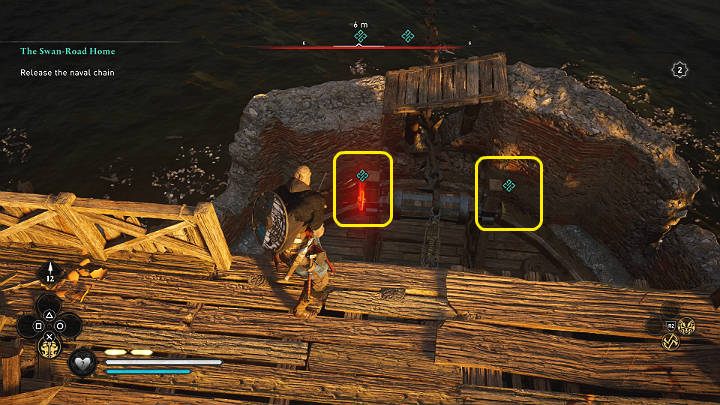 Destroy two chain locks to help Sigurd's ship to pass through the barricade safely. Return to the ship to complete this stage of the task and go to the Halfdana settlement.