On this page of Assassin's Creed Valhalla guide you will find a detailed walkthrough for the Birthrights mission.

After Eivor had managed to deal with Kjotv the Cruel once and for all, young King Harald called all the Norwegian clans on althing (assembly) to Alrekstad. Eivor leaves his home town and goes on a trip to Hordafylke. 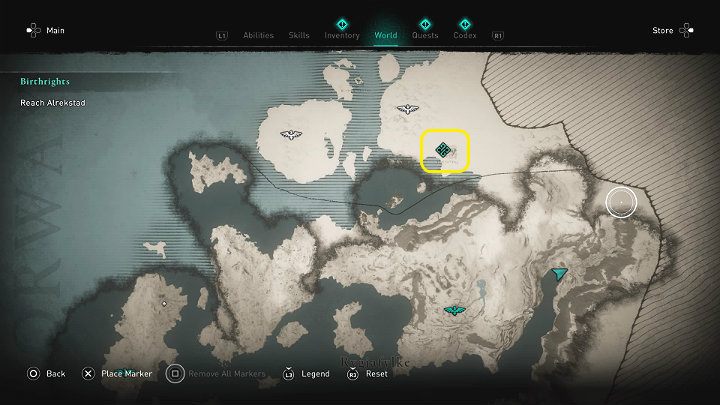 You can reach Alrekstad by land or decide to travel with your Drakkar. While moving by land, you will have the opportunity to eliminate a few enemies and collect some raw materials so this is a better solution. 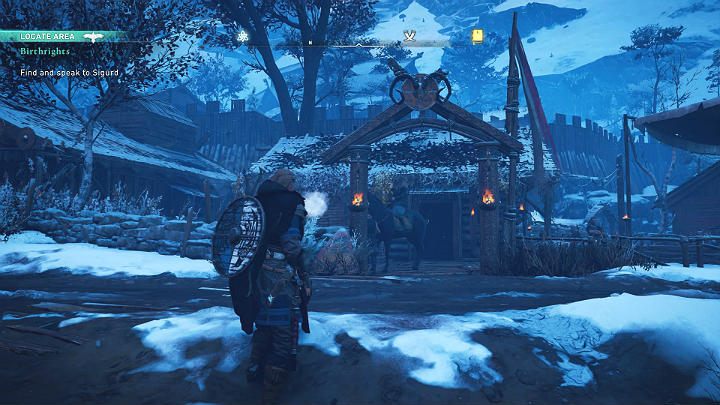 You will go through a short sneaking tutorial. Basim will teach you how to blend in with the crowd and move unnoticed right in front of the enemy's nose. Follow Basim, put the hood on his head and listen to his advice. 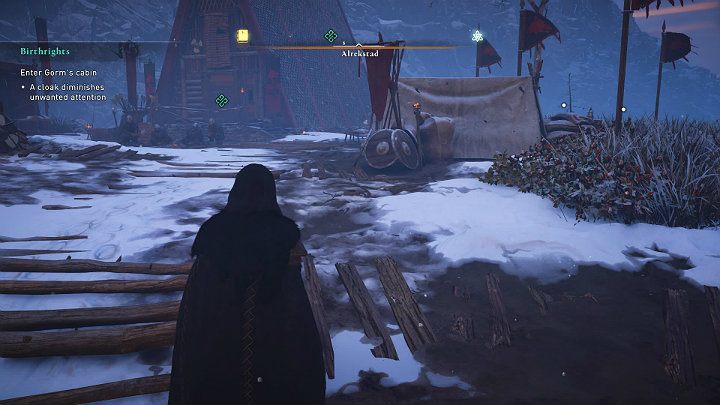 At some point, Basim will stop and order Eivor to make a short trip to hostile territory. Go to a designated place and try not to get noticed. For the trick to work, you have to go around the warriors standing on guard: go by the tents on your right and don't stop even when they start talking to you. 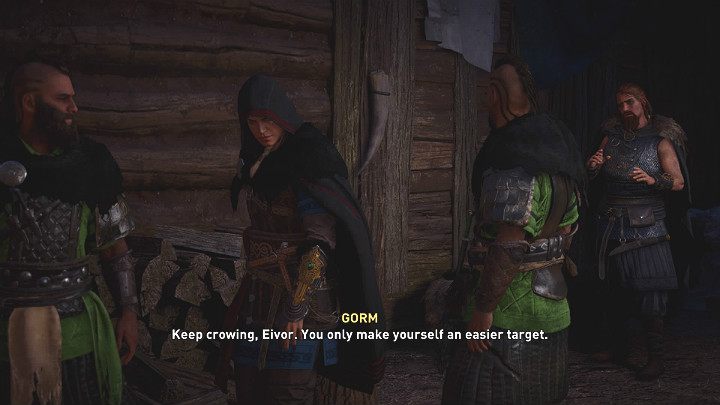 Your goal is a hut behind the camp. Approach the door, open it and watch a short cut-scene. Inside there is the Gorm, whom Eivor cannot attack for the time being, as to not to break King Harald's conditions. 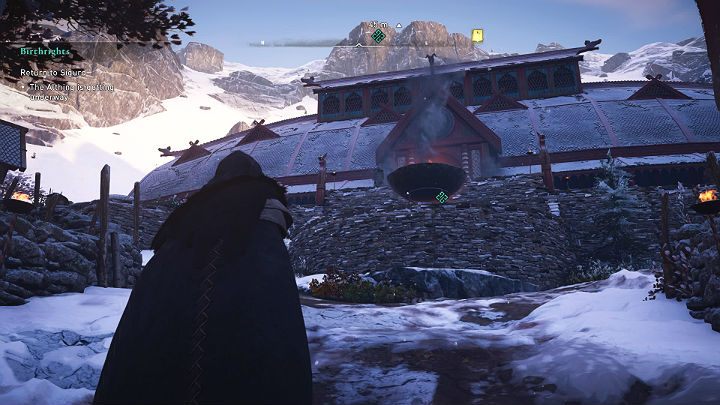 After the confrontation with Gorm, the cowardly son of Kjotve the Cruel, return to Sigurd. As soon as you enter the building shown in the picture above, you will witness a meeting called by King Harald. 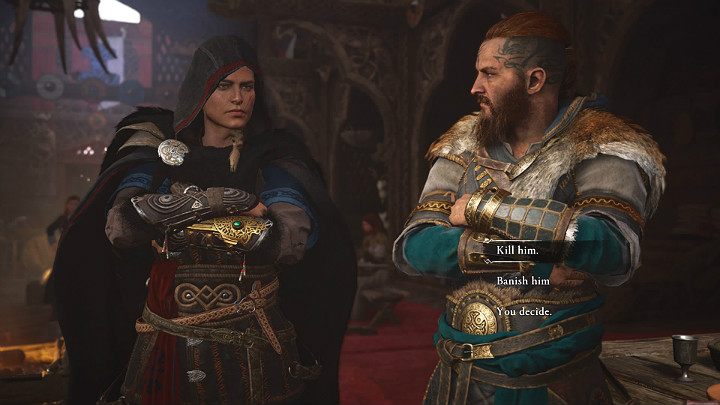 During King Harald's speech, Gorm will join the discussion. You will now have to decide what to do with him. You can have him killed, banished or put his fate in Harald's hands.

Regardless of your choice, King Harald will consider Thunder an outcast and condemn him to exile. 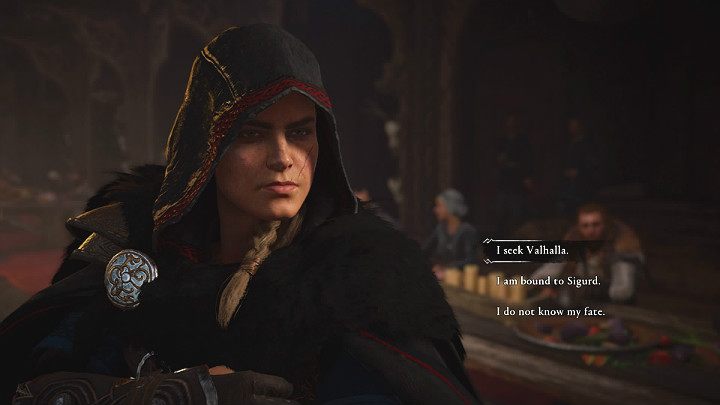 Later, King Harald will offer Eivor to join his clan. Once again you will be able to choose one of three options.

Whatever your decision, King Harald's answer will be the same. If Eivor and Sigurd decide to stay in Norway it is only under his orders.

Talking to the king will complete this mission and you will receive 3 400 XP as a reward.