This page of the guide describes the controls in Assassin's Creed: Valhalla. We show what particular buttons and keys do, and what additional controls settings are available.

The controls in Assassin's Creed Valhalla on PC are slightly more complicated than on the controller and has been divided into several categories: general controls, ship, raven, quick actions. 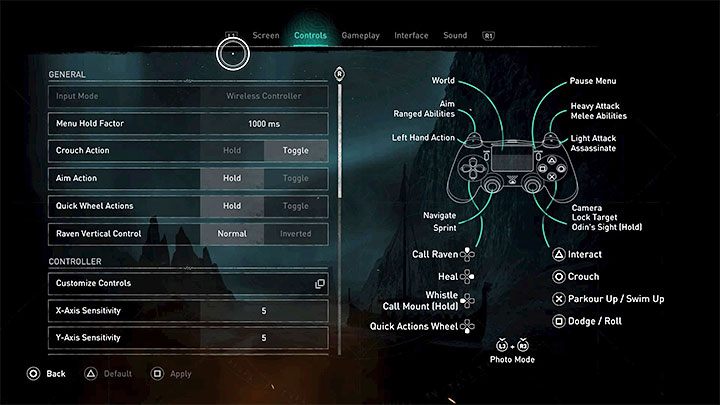 The versions of Assassin's Creed Valhalla have different control settings. These include, among others: