This page of the Assassin's Creed Valhalla guide includes a detailed walkthrough description of the Raider Recruit side quest. 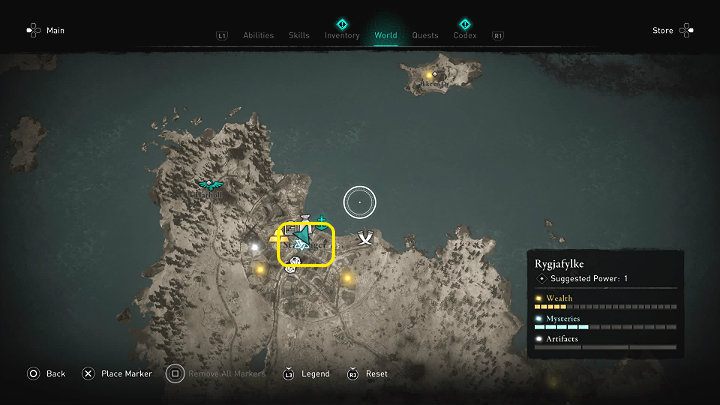 In the place marked on the image above you will meet Rolf, Eivor's old friend. As it turns out, the warrior is looking for a commander for his squad and will ask you for help in selecting the right person for this position. 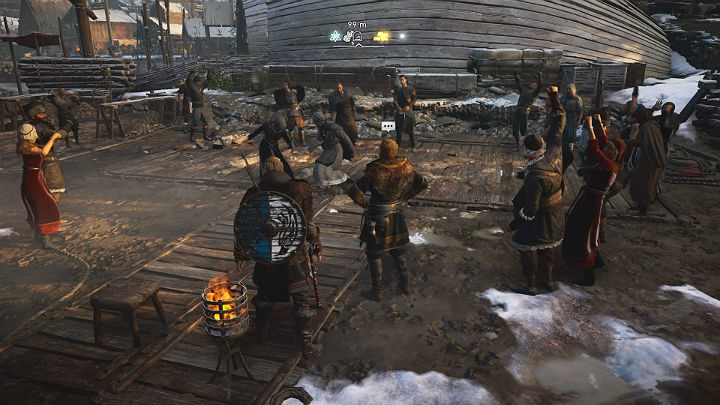 Follow Rolf to the coast and listen to what he has to say in the meantime. When you get there you will be able to talk to him again. Your task will be to fight 2 of his people at once. The third one will be knocked out at the very beginning and will not fight, but he will attack Eivor if he manages to defeat the first contenders for the title of commander. 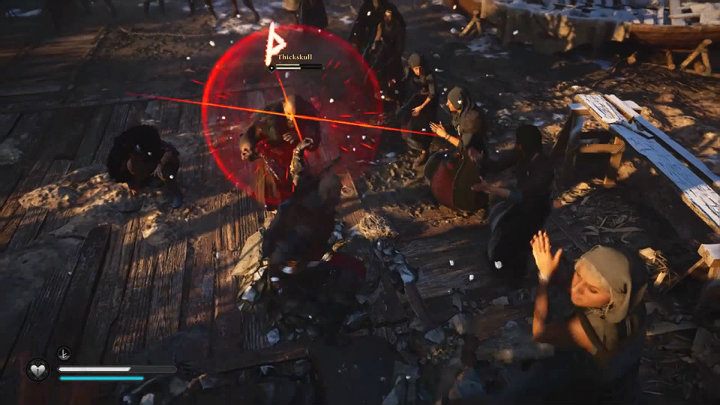 Your rivals are not kidding and will do everything they can to beat you. Pay attention to the special blows, which are indicated by a red aura and a distinctive flash. Avoid them at all cost. 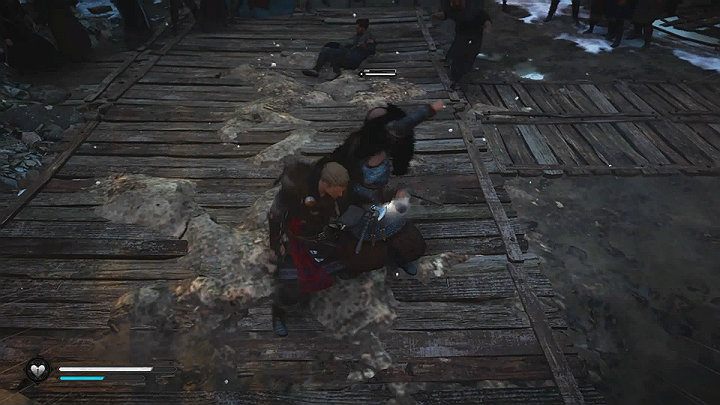 Make sure to block (L1 on PS4 by default) to parry the opponent's regular blows and allow you to mount a counterattack. Also try to dodge as much as possible and attack your opponents when you are completely safe. Always keep in mind that at the beginning of the fight the other opponent can attack you from behind. 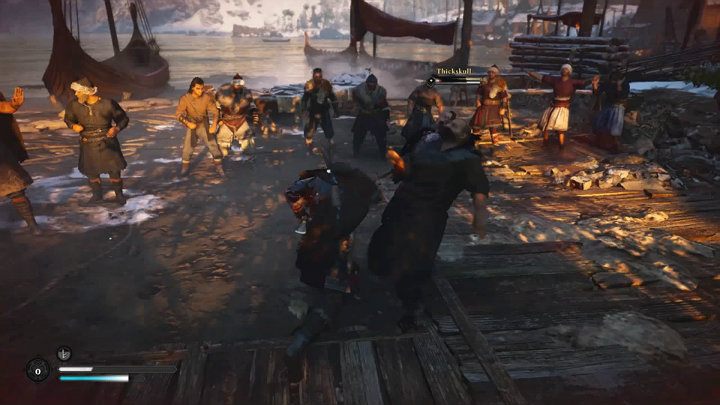 It is best to focus first on the weaker opponent (Ashild the Keen), and when he is knocked down focus on Audbjorn. Watch out for the big guy - he's a typical wrestler and his blows are crushing. Keep him at a distance, and as soon as he uses one of his skills and misses the target, jump to him, mount 2-3 quick punches and jump to a safe distance. Continue until the opponent is eliminated. 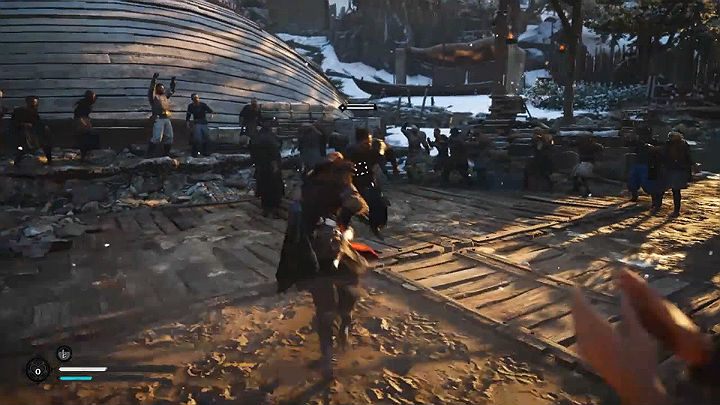 When you manage to defeat the first two opponents, the third one, Thorgil, will wake up and attack immediately. The last opponent is much more challenging than the previous two so it is better not to fight him in a clinch. Avoid his attacks and counter as much as possible while staying out of his arm's reach.

No matter if you fall in battle with the first two opponents, Thorgil will always finish the fight and become Rolf's squad commander. Losing at the very beginning does not affect the award you receive for completing the task.