On this page of the Assassin's Creed Valhalla guide, you will find a detailed walkthrough of the Rude Awakening quest.

After Sigurd returned to Fornburg, Eivor has finally gained an ally, who also wants to deal with Kjotve once and for all. Siblings join forces to wreak havoc on the enemy's land in order to force them to fight. 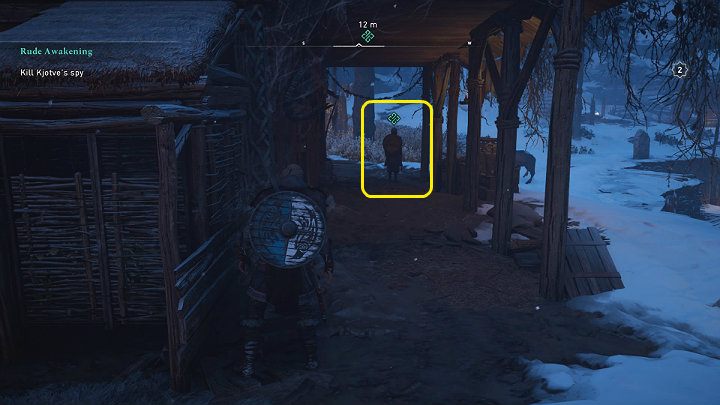 Eivor's sleep is interrupted by an unexpected visit of one of Kjotve's spies. Get out of the hut and follow the enemy. 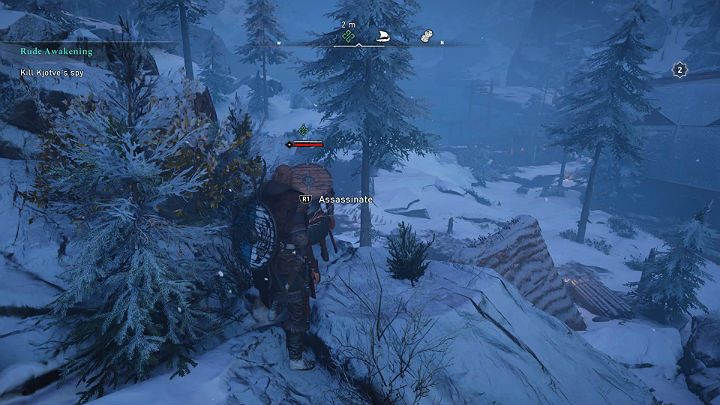 The spy will make stops from time to time – if you don't want to start an open fight, you can approach him from behind and try out your new weapon, the Hidden Blade. One attack will eliminate the target instantly.

Find and kill all of Kjotve's spies

Eliminating one enemy does not solve the problem with Kjotve's spies – there are more of them near Fornburg. You must eliminate them all. 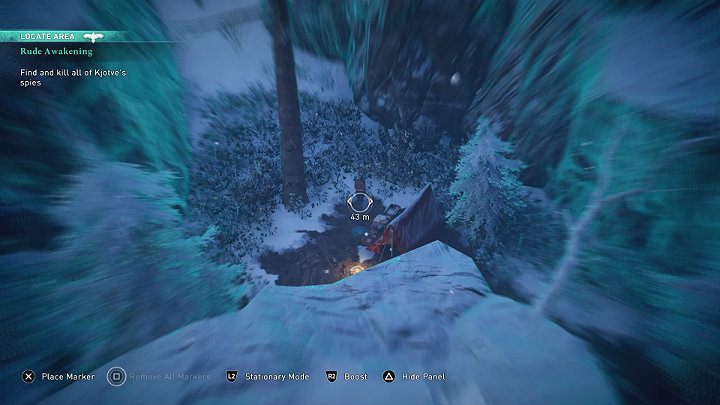 The next two Kjotve's spies are in a small camp hidden between the rocks. This is where the soldier you were following was heading. The other two spies are best eliminated quietly. 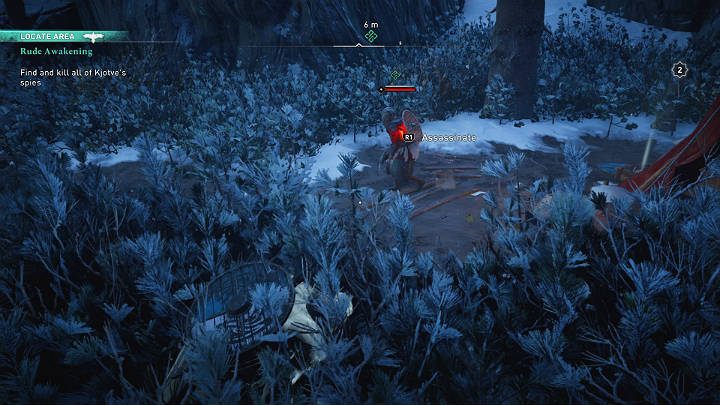 Crouch in the bushes and whistle to attract the attention of the soldier standing by the tent. When he gets close enough, finish the enemy off with a single Hidden Blade attack. 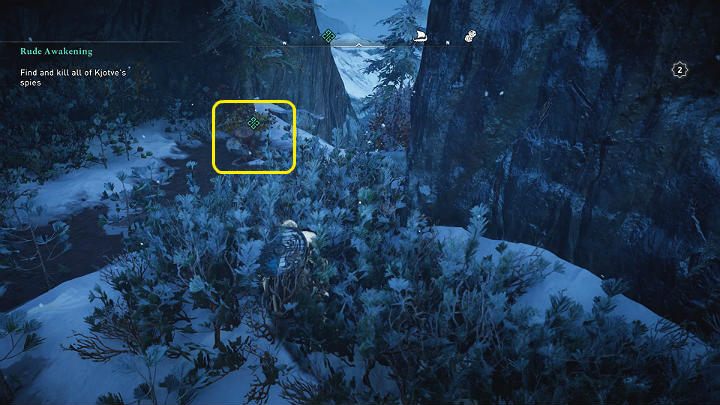 The second target is on the right. Approach the enemy so Eivor can jump and eliminate him with air assassination. 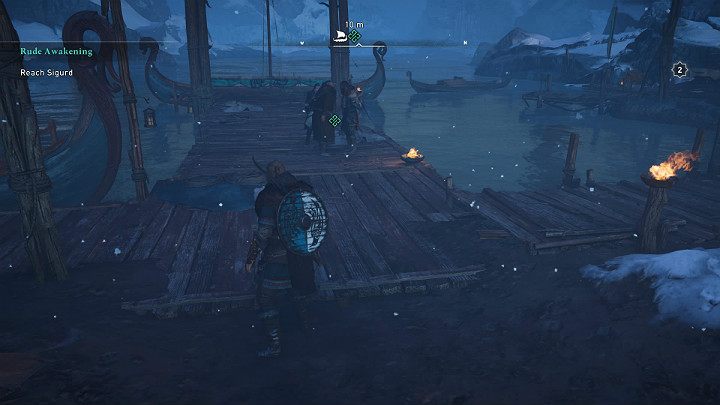 Eivor managed to identify and then eliminate Kjotve's spies – you must tell that to Sigurd. You will find him on the coast together with his father, Basim and Hytham. 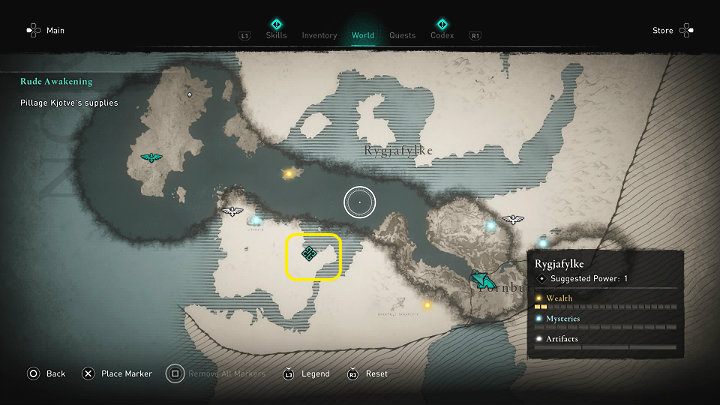 Eivor, together with Sigurd and Basim, decides to go to the island located farther from Fornburg, to take supplies from Kjotve's warriors. 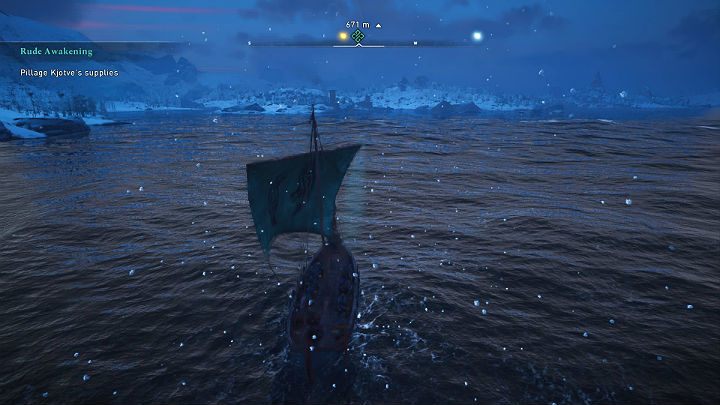 You can reach the destination by sailing Drakkar yourself or use the automatic pilot option (Triangle on PS4) to make your crew reach that place on their own.

Find and burn the supply wagons

After reaching the site, you will be able to make your first Raid. During it, you are accompanied by many brave warriors who will help you to complete this task. 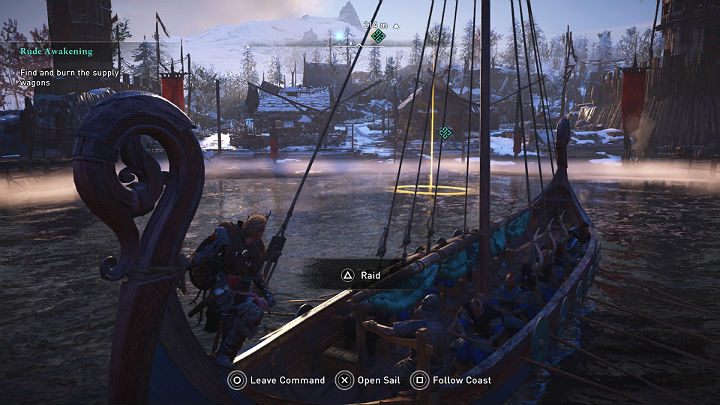 If you do not want to use the help of other Vikings you can jump out of the ship and reach the shore – you will be accompanied by Sigurd and Basim. Since Eivor's comrades will always go for direct confrontation with any enemy they encounter, the raid is a better option here. 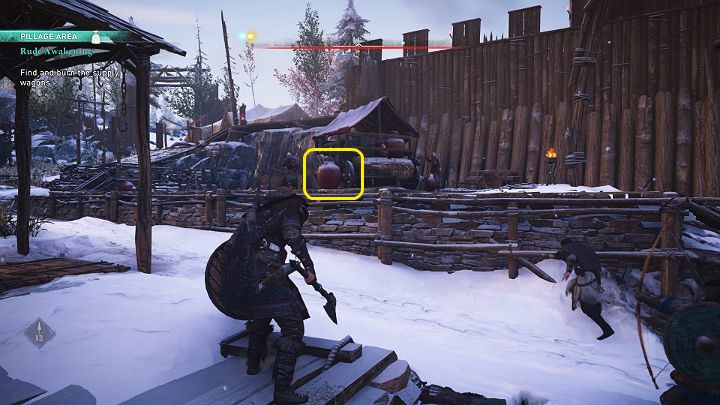 During the fight, watch out for red jugs containing flammable substance. They do a lot of damage upon explosion and set fire to everything in the vicinity. When your hero gets set on fire, they will lose about 50% of the health points. 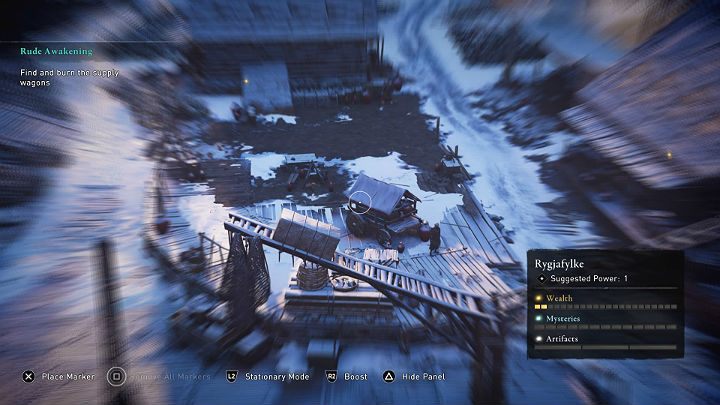 Your main goal is to locate and burn several supply carts – they are located on both sides of the village and also at the very end, near the entrance to the cave. Each of them is guarded by at least two warriors. 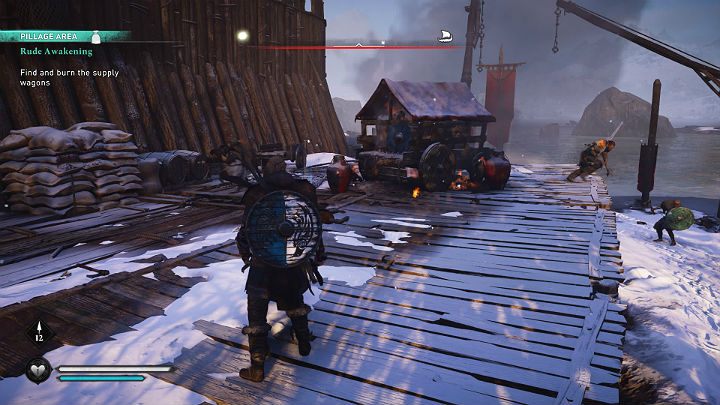 You can use a torch to set a cart on fire. It is also worth noting that your companions can also use torches. 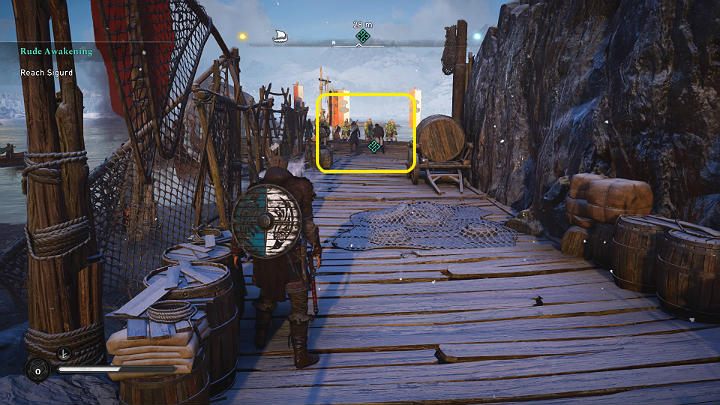 As soon as you burn the last cart, you will notice that other Drakarras are reaching the island. Go to the coast and talk with the newcomers – Guthrom and King Harald. The conversation ends this quest – you will receive 3,400 XP as a reward.

The next main quest of Assassin's Creed Valhalla starts in a completely different place so if you have some unfinished business in Nottfall or you just want to search the area for supplies, it's better to do it now than come back here later.