In Assassin's Creed Valhalla you can fight legendary animals. This way you will strengthen your hero and gain valuable pieces of the game. This page of our guide describes where you can find the legendary animal in the Rygjafylke region. 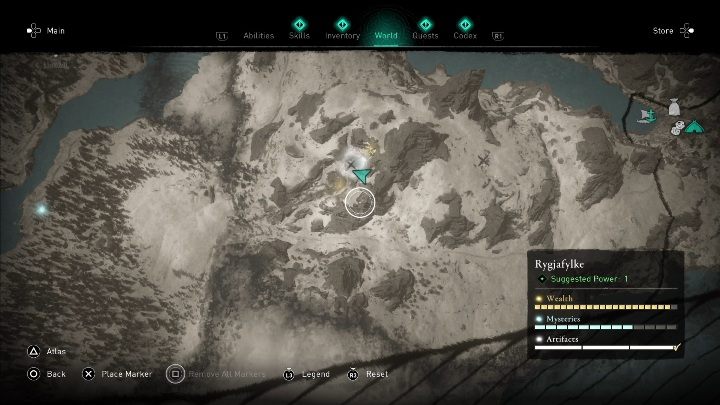 In Rygjafylke you will find the elk, in the southern part of the map, near one of the mountain peaks. 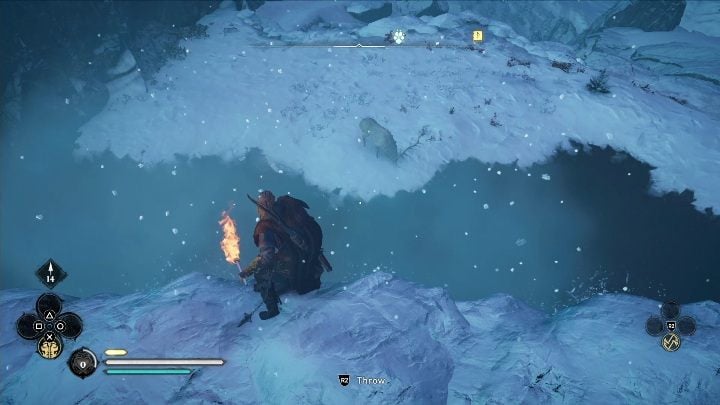 Remember that it is not worthwhile to shoot the animal with a bow or throw torches at it. You won't hurt it from a distance. The elk just won't react, it will eventually jam and stand still. 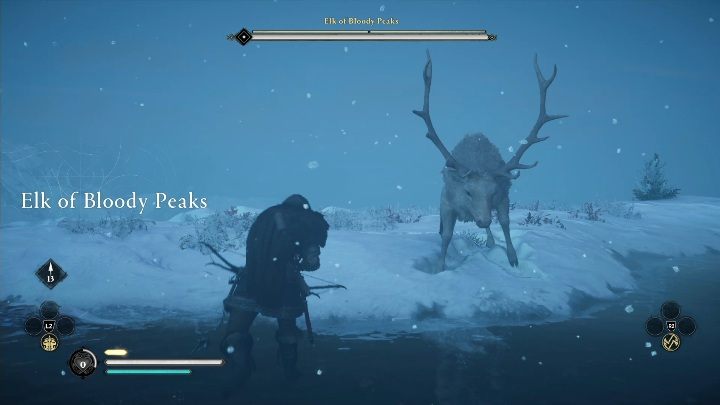 The fight will not start until you face your opponent. You approach it and wait until the short cutscene is finished. You can immediately attack or defend yourself against the elk attack. 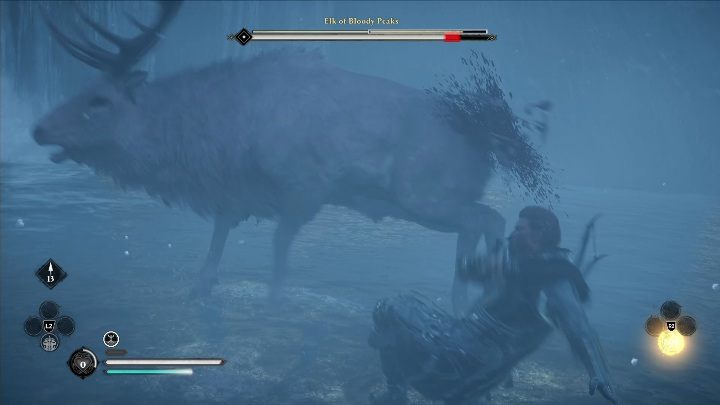 It's a good idea to attempt this fight, around the hero's level 20. It is also worthwhile to have abilities learned from the books. This way you can deal a lot of damage to the said elk in a short time. This is very important because you need to get some advantage. Every element is noteworthy because elk is a huge wild animal that will do anything to defend itself. 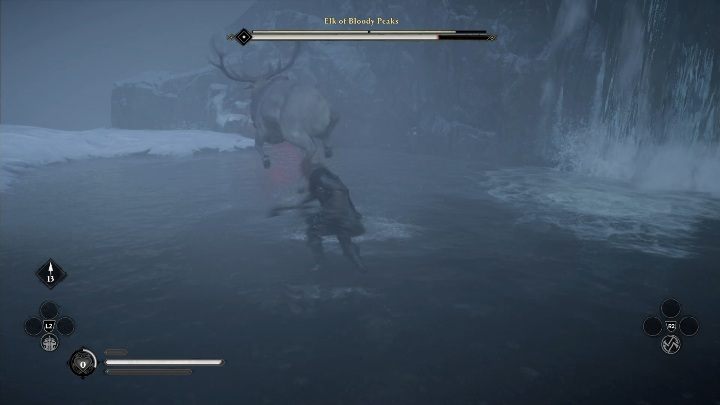 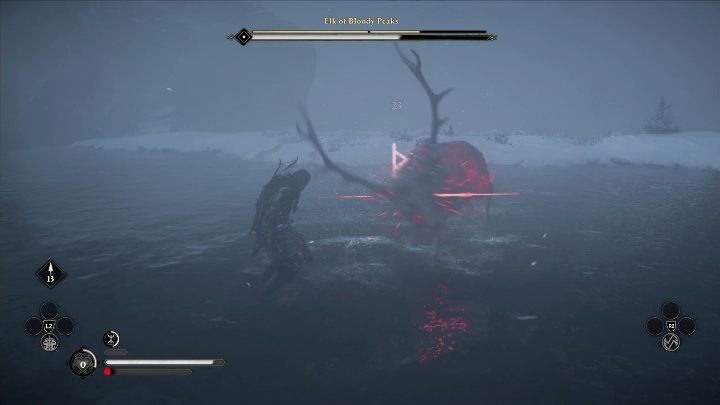 Elk's two main attacks are kicking with its hind legs and charging at the hero with antlers. This way it will push you away as far as possible. But don't let it scare you. Hide, jump back and avoid attacks at all costs.

However, the elk can't push you off the mountain, so you stay on the battlefield all the time. 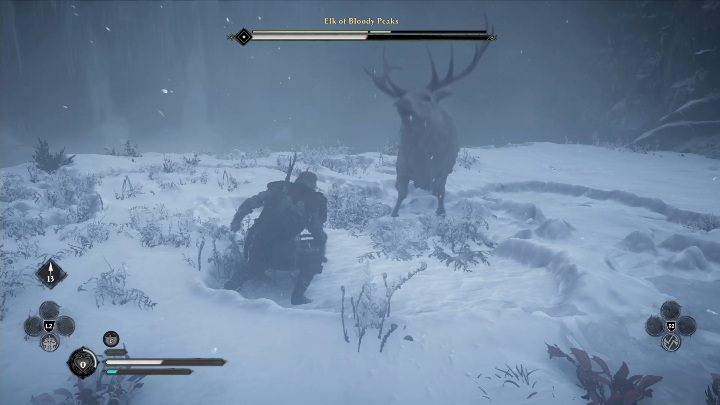 Focus on attacking from the side, this way you will avoid your opponent's attacks. Remember to move all the time so that the elk can charge you as little as possible. This way you will get rid of the animal.

For defeating an elk you will get its head and 14 pieces of leather.