On this page of the Assassin's Creed Valhalla guide, you will find a detailed walkthrough of The Prodigal Prince quest.

During Eivor's conversation with Stybjorn, the King's son and Eivor's brother - Sigurd, returns to Fornburg after almost two years of absence. He brought with him great stories but also valuable treasures.

Rewards for completing the mission:

Here are the individual stages of the Prodigal Prince quest: 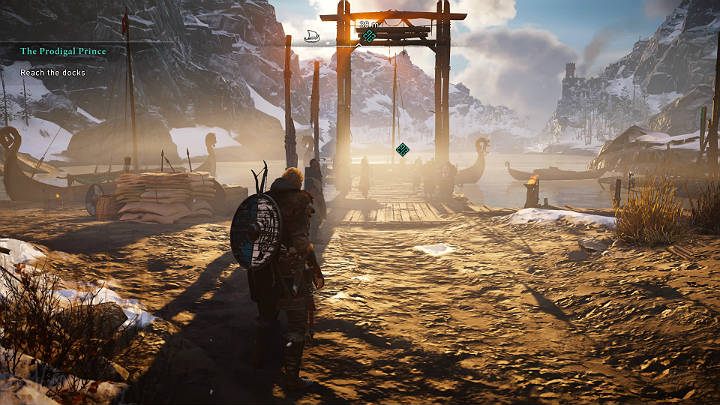 Go to the docks to welcome Sigurd and meet his new friends: Basim and Hytham. After a short cutscene, Sigurd will go to talk to Styjbjorn and want Eivor to accompany him. Follow your brother to the King's hut. 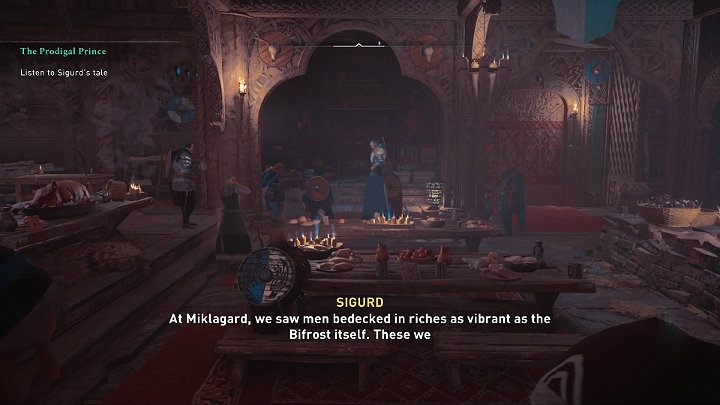 After a short cutscene, you will find yourself in the King's hut, and during the welcome feast, you will listen to one of Sigurd's stories. 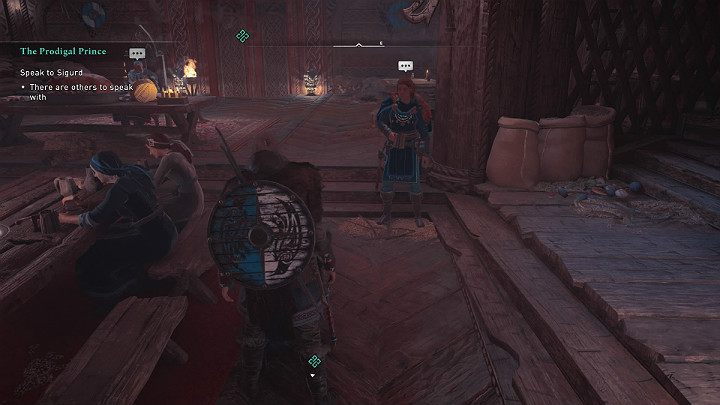 When the story ends, Sigurd will invite you to talk away from the hustle and bustle of the feast. Before you go, you can optionally talk to other NPCs who have a cloud icon over their heads. 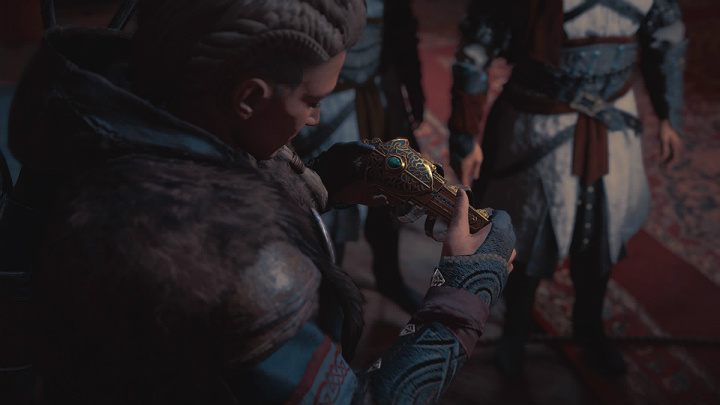 You will find Sigurd at the main gate. During the conversation, you will receive an Assassin weapon - Hidden Blade. Follow Sigurd outside to test the new weapon.

Train with the Hidden Blade 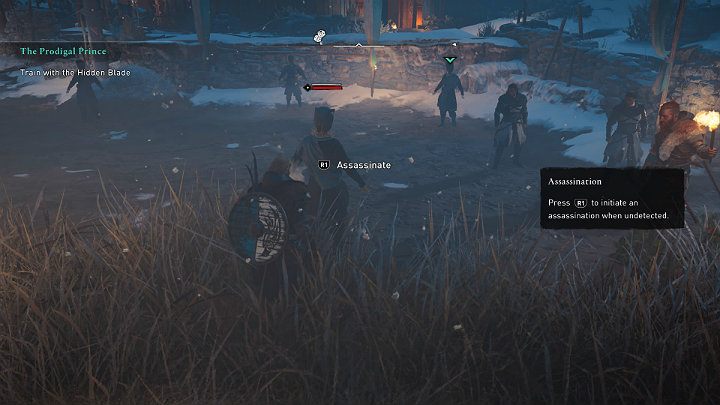 At this stage of the quest, you will go through a tutorial to learn how to use the Hidden Blade. Just listen to Basim's commands and perform the actions that are displayed on the screen. 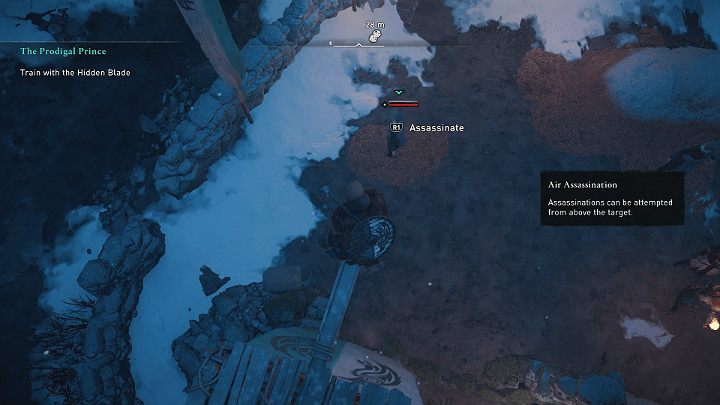 You will have to complete several challenges, e.g. elimination of the standing targets, attack from a haystack, and air assassination. After the training, talk to Sigurd again to complete the quest. You will receive 5 100 XP.