On this page of the Assassin's Creed Valhalla guide, you will find a detailed walkthrough of A Seer's Solace quest.

As soon as Eivor grabbed his father's axe, which he found during the Honor Bound quest, a wave of memories poured through him. In order to understand these visions, the hero seeks help from a local oracle, Valki.

It is recommended that you complete this quest before you begin Family Matters because Randvi will not allow Eivor to talk to his father before completing A Seer's Solace. 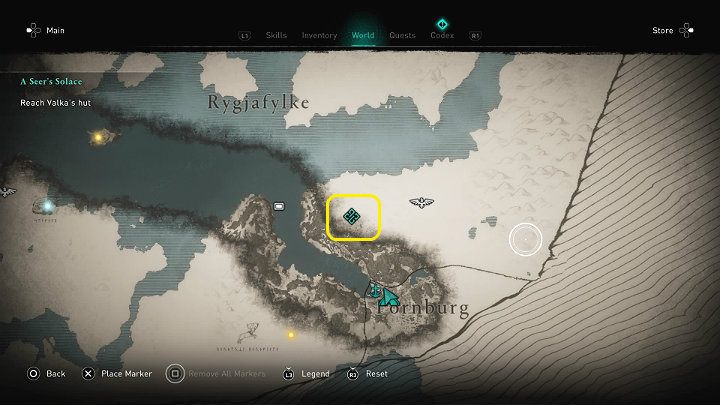 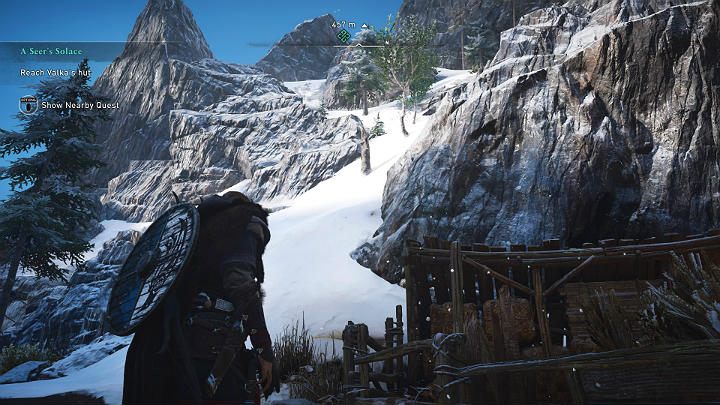 There are many ways to get to Valka's cottage, and one of the roads goes through a snowy hill. You can enter the track directly from the Settlement. 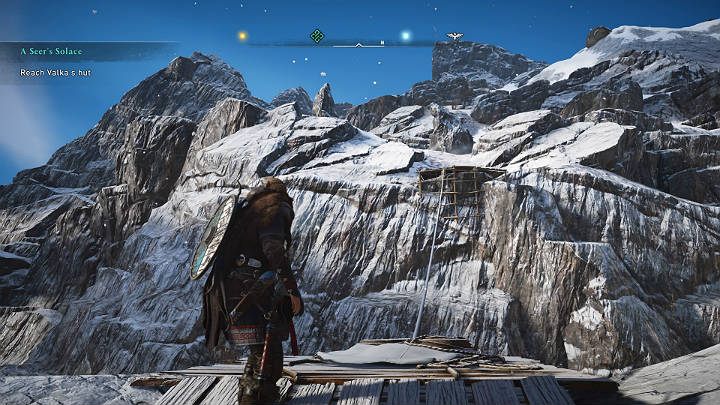 Then you will have to follow the narrow paths on the steep rocky peaks to reach the rope, thanks to which you will cross to the other side of the abyss. 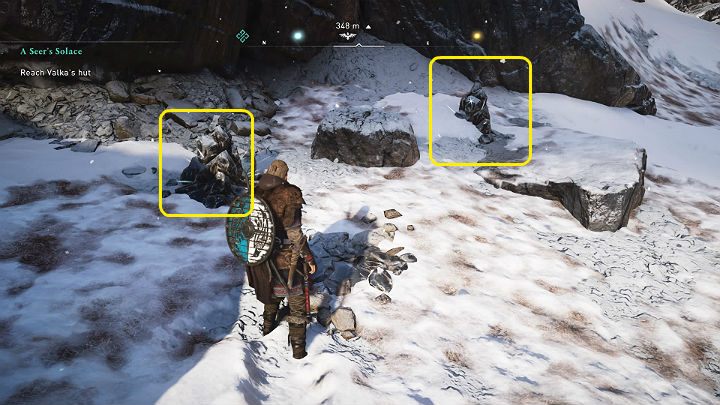 During the climb, pay attention to the ores of raw materials, which are nearby. After breaking them, you will receive Iron Ore, one of the main types of resources available in Assassin's Creed Valhalla. 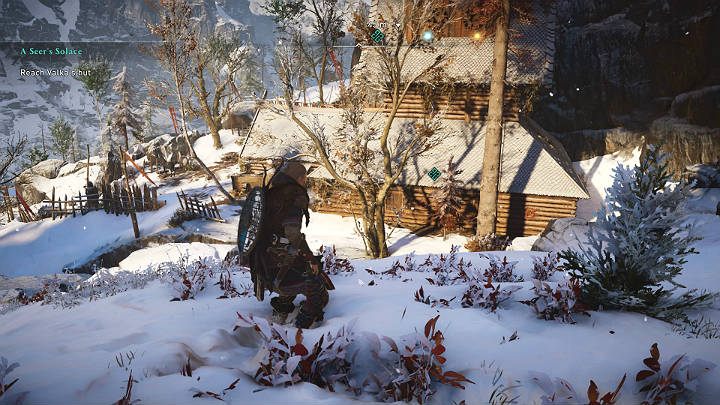 Valki's cottage is rather big, so you definitely won't miss it. Valka will send Eivor to the world of dreams to explain the visions that haunted him when he grabbed his father's axe. After a while, you will wake up in the same place, but outside the real world. In the doorway, you will notice a hooded figure - follow them. 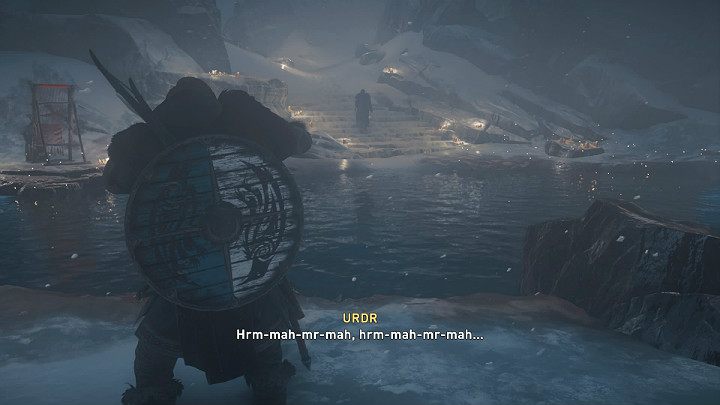 When you go outside, despite the ongoing blizzard, you will notice Sigurd and the wolf, who will move away from you - follow in the same direction. 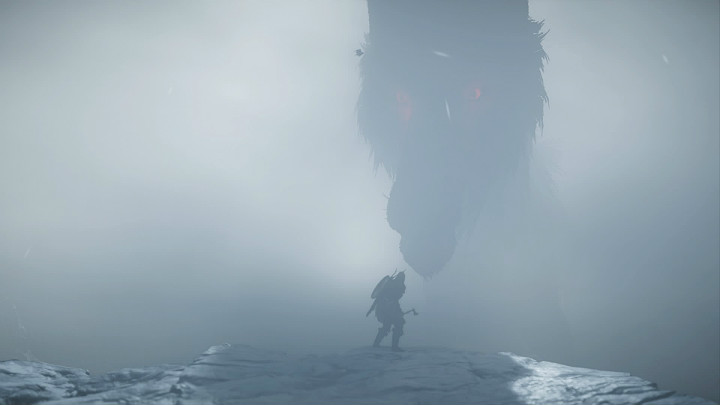 You will arrive at a location where you will watch a cutscene with Sigurd and Eivor. A moment after this, you will return to the real world and the conversation with Valka will end the A Seers Solace quest. You will receive 5 100 XP.