This page of Assassin's Creed Valhalla guide explains how to start raids. You will also learn how to behave during a raid and what rewards you get for completing raids. 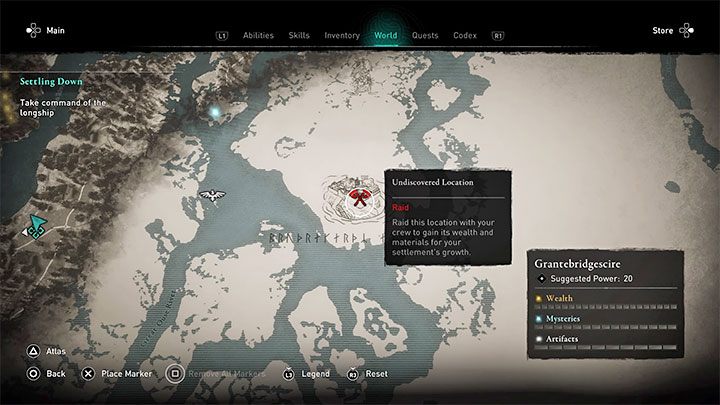 The raids are attacks by Vikings on settlements and other locations. Their primary goal is to rob people of their most precious treasures. The most important raid locations are marked on the map with an icon of crossed axes. These are mostly abbeys and monasteries located in England. However, you can also invade other locations, e.g. various types of campsites. The common feature of all raid locations is that they are located by the water. The raid starts after reaching the shore – the Vikings successively move inland towards the next buildings within the attacked location.

Important note - Do not attack locations from regions whose suggested power significantly exceeds Eivor's (e.g. 160 suggested power when Eivor has 50 power). It will be very difficult to defeat opponents in these locations. Progress through the game to increase Eivor's power to match the suggested level of a particular region. 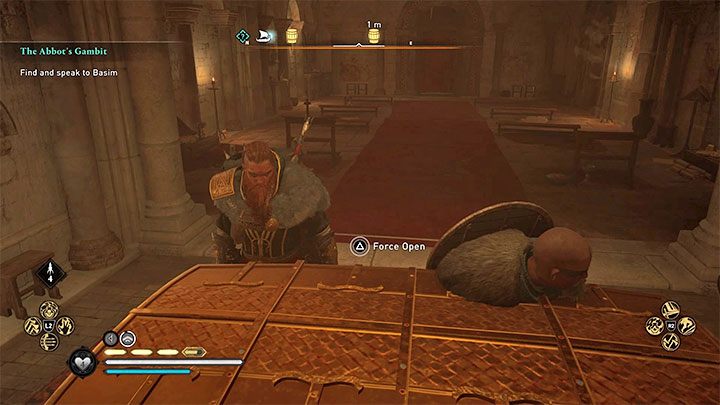 During the raids, you can experience numerous game errors, which may hinder or prevent you from completing a particular raid. The most popular bugs are:

Unfortunately, it may happen that somebody will get stuck permanently and you will not be able to finish the raid. Try to leave the monastery and use the ship to move to another part of the world.

We advise you to make manual or quick saves before starting a raid. If you encounter a huge bug during the raid, you will be able to load the save and try again.

How to start a raid? 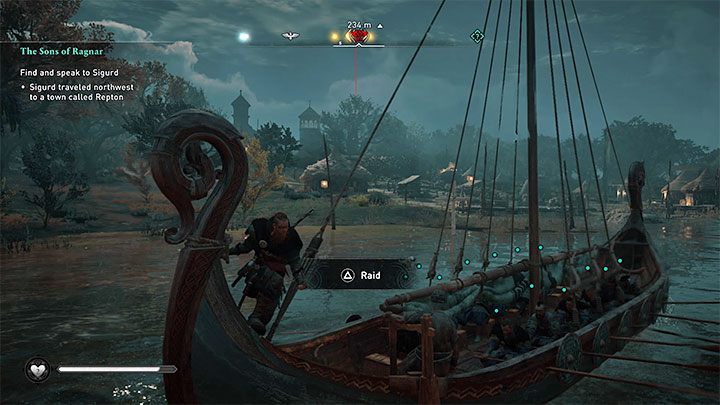 Eivor does each raid together with their Vikings, i.e. NPCs staying on your ship. You can start a raid in two main ways:

Raids can also be done in an alternative way. Sneak into locations that can be raided and use the horn after Eivor is detected or when you need the help of other Vikings to get unique treasures. Thanks to this method, the raid won't turn into a battle. Instead, you can start it by eliminating some of the enemies with stealth kills. 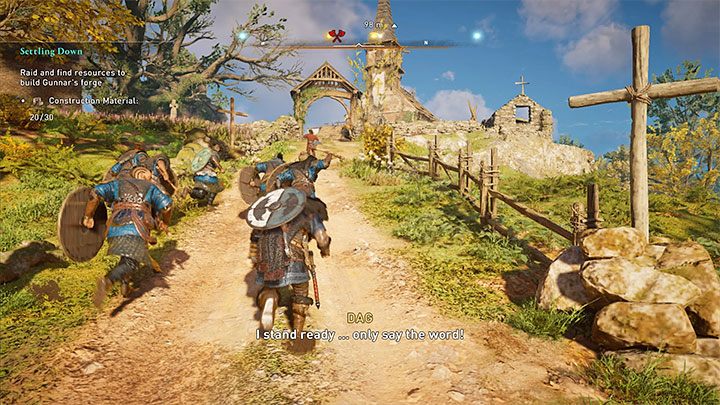 During a raid, you will fight with enemies in the attacked location. There is no need to attack civilians - killing a few innocent people in a row will lead to desynchronization (game over). 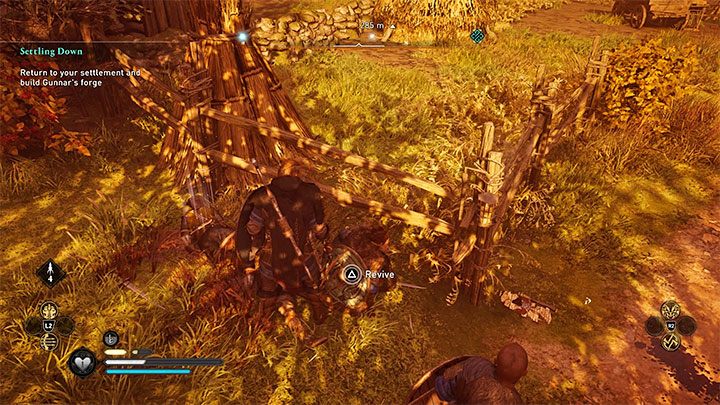 Try to attack opponents focused on fighting your Vikings. This gives you a better chance that they won't be able to block or avoid your attacks. It may happen that one of your crew members will be knocked out – the game will mark this character with an exclamation mark. You can "resurrect" that Viking by running to them and holding the appropriate button.

Some attacked locations can also have people imprisoned in cages. It is worth releasing them – there is a chance that they will join the fight on your side. 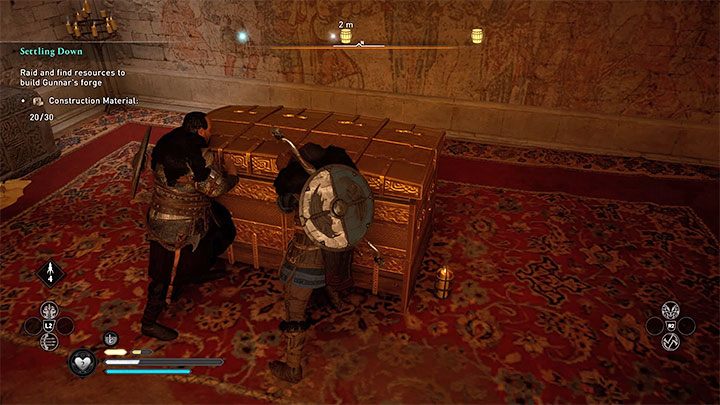 The main goal of each raid is not to defeat all opponents but to rob the location of the treasures. These include:

You need supplies and raw materials to build new buildings in the Viking settlement. Use Odin's Sight to find them faster (press the right analog stick). Icons of supplies and raw materials are also displayed on the compass at the top of the screen. There are many treasures that require the help of other Vikings – you need them to break down a door or move a big cover of a container. 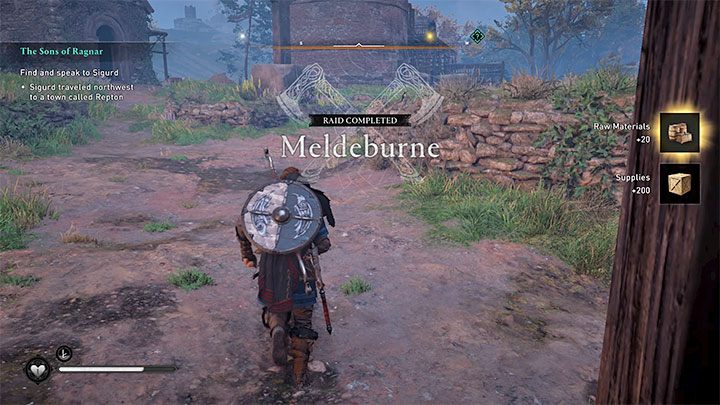 The raid ends when all the main treasures are obtained. However, this does not mean that you should leave the location immediately. Stay here to find 100% of its secrets and loot. These can be e.g. objects symbolized by large golden dots marking various Wealth (e.g. a gold bar or a skill book) and by small golden dots marking regular loot (e.g. crafting materials).