Read this page of Assassin's Creed Valhalla guide to learn what Suggested Power means. You will also learn how to increase your hero's power to make them stronger. 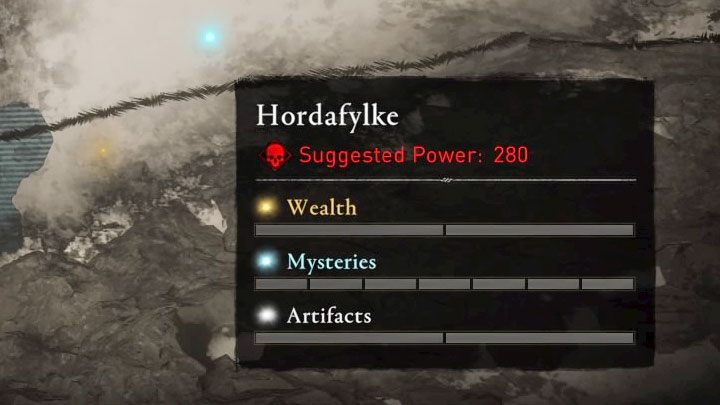 Each region in AC Valhalla has information about its Suggested Power. This can be compared to the suggested level of the hero, which should be reached before you decide to go there.

The red color means that Eivor's current power is more than 30 levels below the recommended power for the region. You should wait and visit that region in the later part of the game when your character gets stronger. If you decide to explore a region whose power level significantly exceeds the hero's power, you have to remember that:

Eivor's power - how to increase it? 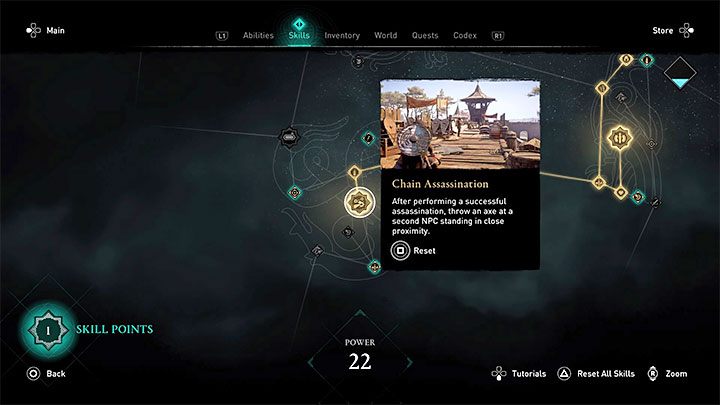 Eivor's current power is displayed in the Skills tab. It reflects the number of skill points spent on unlocking new abilities in the skill tree (regardless of which skills you got).

Skill points are mainly gained by leveling Eivor up. When you get enough XP and gain a new level, you always get 2 skill points. You can spend it on any skill you want. This will increase Eivor's power by 2.

There is also an alternative way of gaining skill points - completing specific optional locations on the world map. You can: 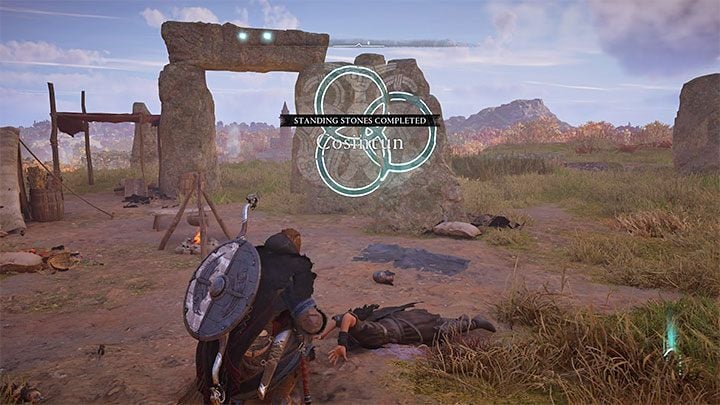 1) Find Standing Stones and solve puzzles by positioning them in the right way so you can complete the symbol using Odin's Sight. Each completed puzzle with a boulder is worth 1 skill point. 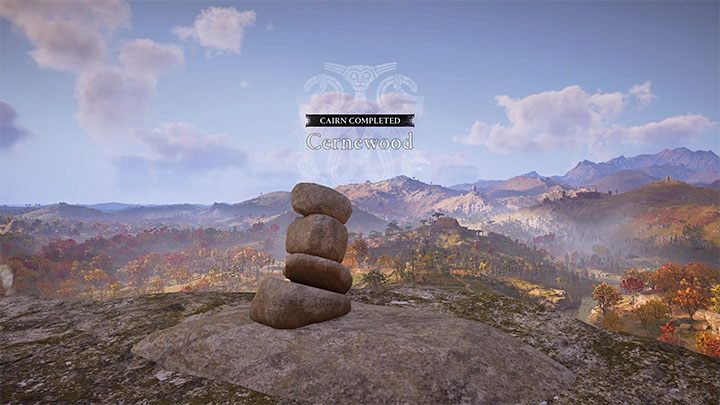 2) Find the Cairns and solve the puzzles by building a "tower" with the rocks. Each completed Cairn puzzle is worth 1 skill point. 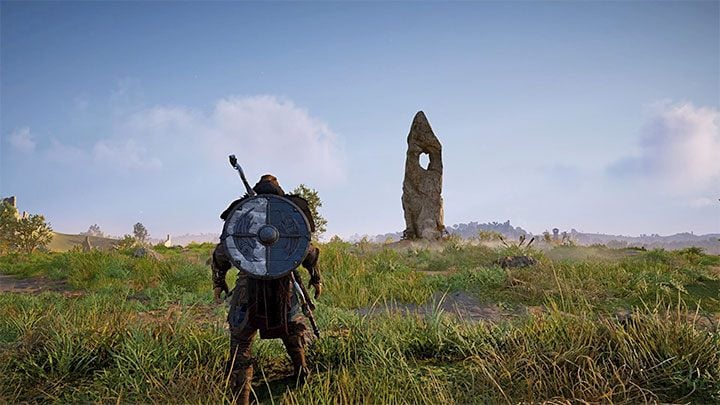 3) Deliver gifts to Offering Altars. You may be forced, for example, to collect several trophies from a particular animal species. Each set of donations is worth 1 skill point. 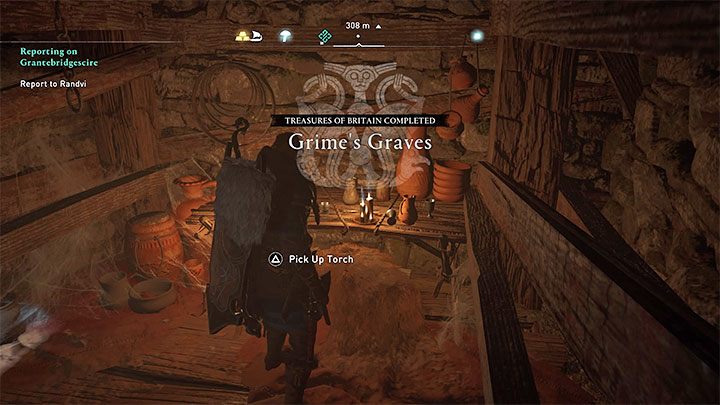 4) Find secrets in the Treasures of Britain locations. In order to complete such a location, you have to find the main treasure of that dungeon. Each treasure is worth 1 skill point. 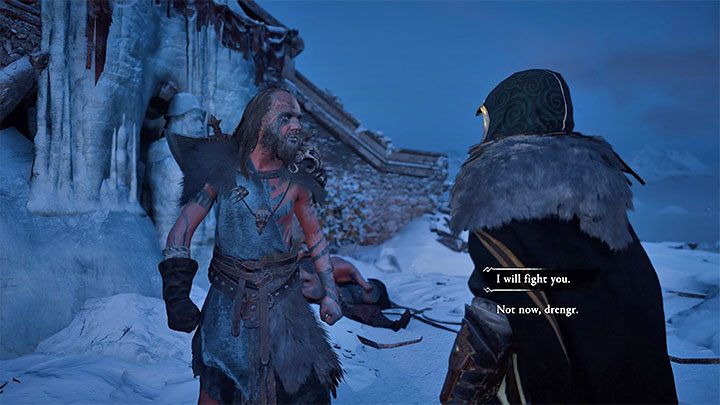 5) Kill draugr  strong Nordic warriors. Each such opponent is treated as a boss and you will receive 2 skill points for killing each dragger. 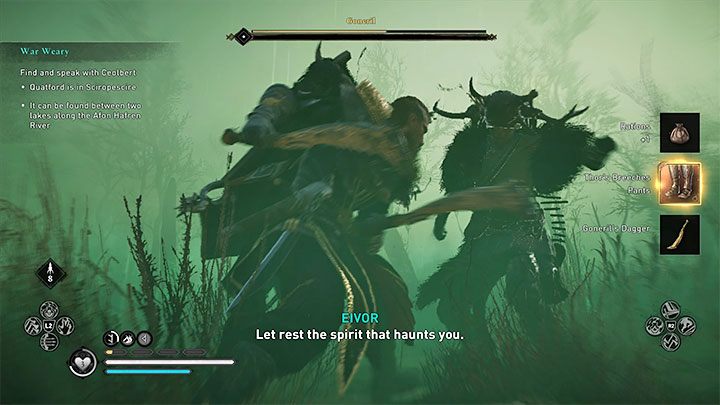 6) Kill Daughters of Lerion - strong warriors with supernatural powers. Each such opponent is treated as a boss and you will receive 2 skill points for killing each Daughter of Lerion. 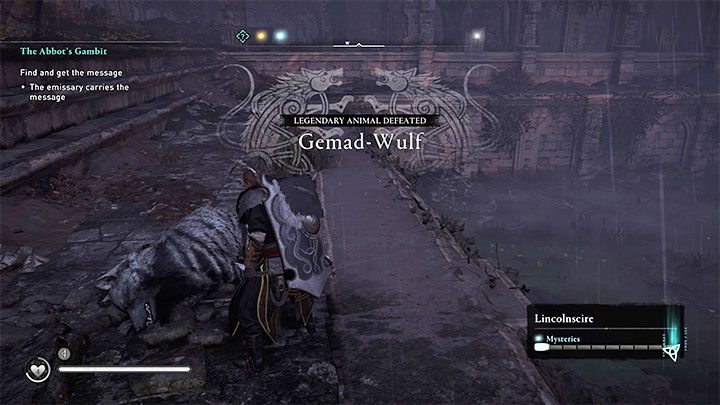 7) Kill legendary animals - the fights with these creatures can be compared to confrontations with bosses. Each defeated legendary animal (or a group - if they are in the same location) gives you 2 skill points.

The alternative methods listed above always give you 1 skill point. Check our world atlas to learn where to find these locations.

Gear doesn't affect Eivor's power, although it is described by many statistics. Improving them can, for example, increase the hero's resistance and vitality, or let you deal more damage.

To sum up - if you want to increase Eivor's power, you have to earn skill points and spend them on the skill tree.