This page of the Assasin's Creed: Valhalla game guide describes how to unlock your horse / mount. We also tell you if it is possible to upgrade a horse and how to summon your horse so that you can start wandering around the game world on its back. 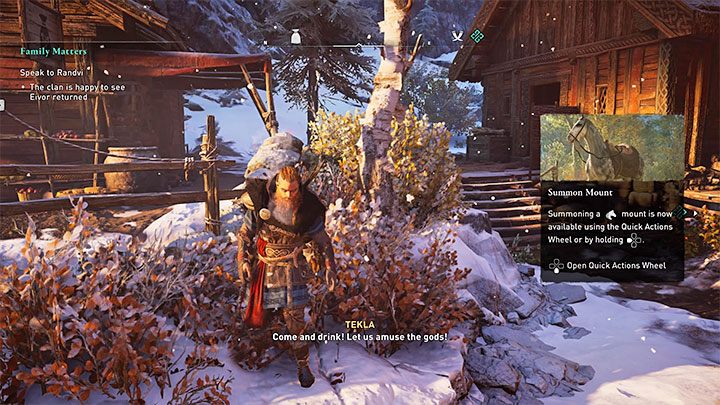 The horse is very useful in Assassin's Creed: Valhalla, as there are very vast lands to explore and it would take a lot of time to complete this on foot. Eivor can summon the horse from the moment he/she reaches the village of Fornburg. You should arrive at the village about an hour after starting a new game. You don't have to advance further in the story or perform any tasks related to getting your first horse. 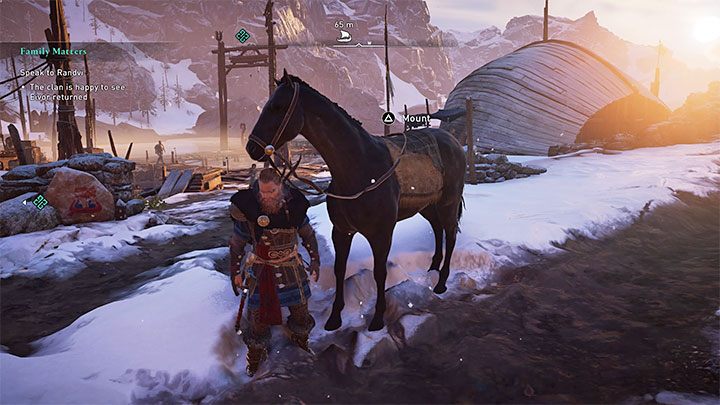 In order to summon your horse, you have to hold the left direction key on the pad to use the louder whistle option. If the mount doesn't show up anyway, make sure there is enough free space near Eivor.

You can also find other horses in the game. The game does not in any way make it difficult to mount them. They can be useful e.g. when you want to quickly start a horse chase or escape and don't want to waste valuable seconds on summoning your own mount. You can also try to throw a passing NPC off their horse and steal the mount.

After completing the initial missions in Norway, Eivor will go to England with other Vikings. This will not disable you from summoning your horse. The mount is available from the very beginning of exploring England and you don't have to worry about if the animal managed to make it through the long journey. The horse is also always available if you have used the quick travel option to move to another location in the game world.

How to get off the horse? 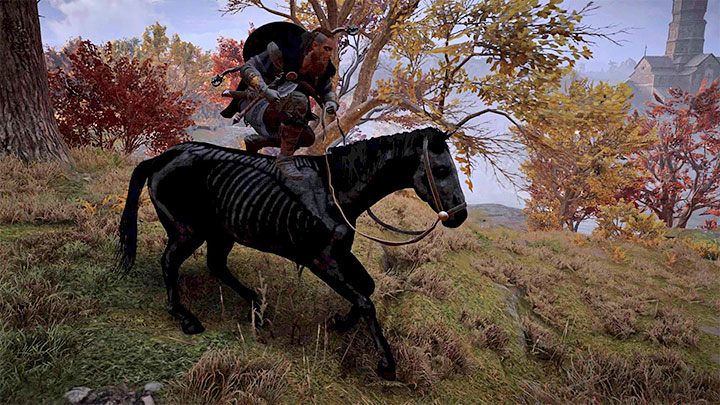 Getting off the horse isn't very intuitive - you have to hold the circle on PS4 / PS5 or hold B on Xbox One / Series S / Series X.

A single press of the circle / B will make Eivor crouch on horseback, which is a useful move if you plan to e.g. jump from the horse onto a passing opponent and kill them with a hidden blade, for instance.

Changing the appearance and training the horse 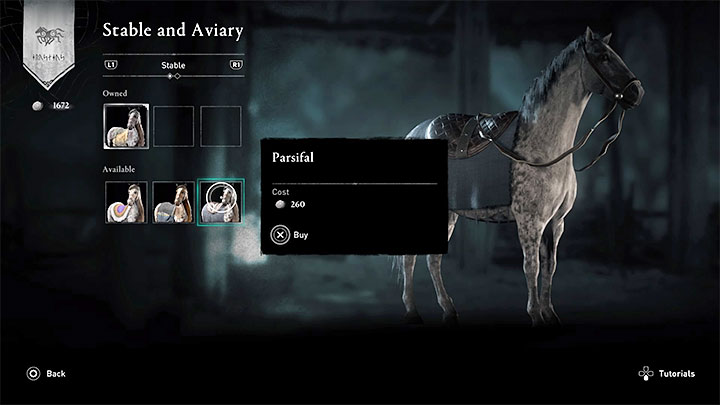 In the Viking settlement in England, you can build Stables and Aviary. This building opens two new possibilities for you:

You can buy horses with a different appearance (as well as ravens). This is a purely cosmetic change, as it is not described by other statistics.

There is also an alternative method of obtaining new varieties of mounts. You can visit the game store and buy new horses by paying for them in Helix Credits purchased for real money. 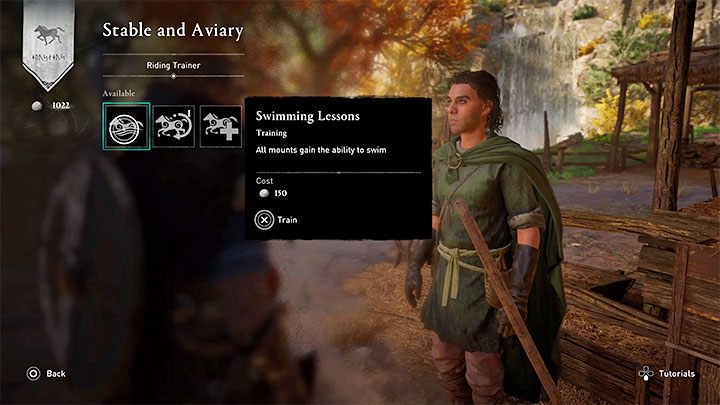 You can pay for training mounts. The first two training sessions are particularly useful as they teach the horse how to swim and increase its stamina so that you can travel longer at a gallop. The second of the above mentioned improvements consists of several stages. Try to unlock the first level quite quickly.