Eivor, the protagonist of Assassin 's Creed: Valhalla, can be either a male or a female. This page of our guide describes when to choose the hero's gender and whether it influences the course of the game. You will also find out if you can change Eivor's previously selected gender.

The following description contains small spoilers about the events from the game prologue. If you don't want to spoil your introduction to the campaign, wait with reading the below until you've completed the main part of the prologue.

How to choose Eivor's gender? 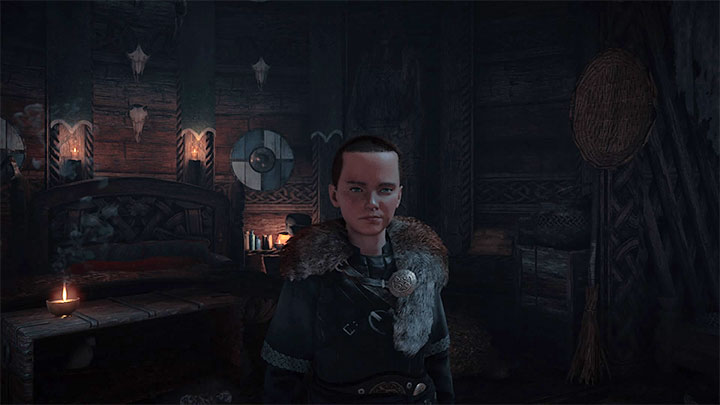 The action of Assassin's Creed Valhalla's prologue takes place several years before the events from the main part of the campaign. In the prologue you control young Eivor. You must complete the whole prologue, which includes escaping from the attacked village. 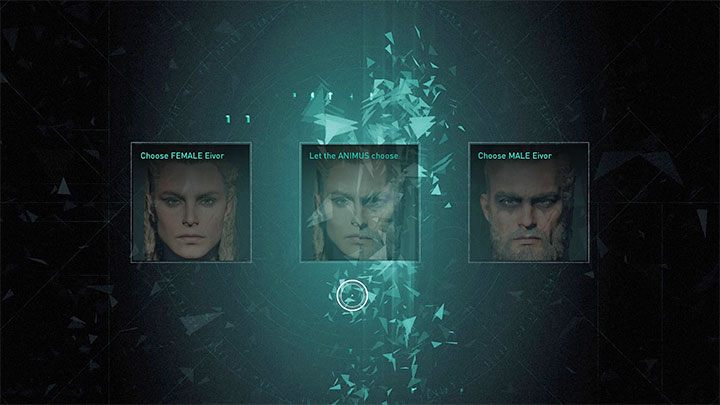 You choose gender in the final part of the prologue. The option to choose Eivor's gender is explained in the game by the separation of streams / memory strings and the instability of the Animus, which is the device used to retrieve Eivor's memories.

Is it possible to change the decision regarding the protagonist's gender? 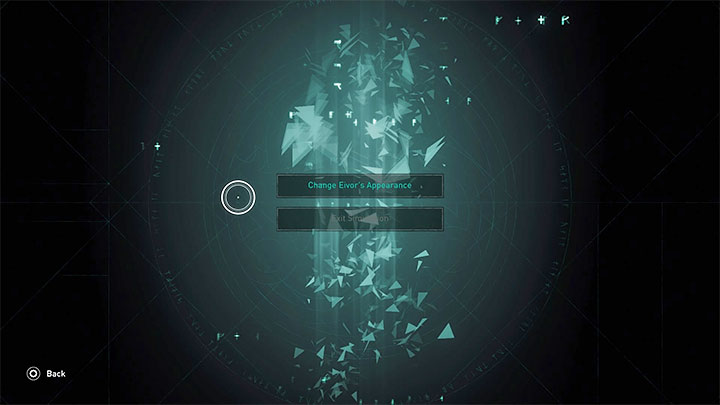 Yes, Eivor's choice of gender is not final. You can change your gender at any time during the game.

In the pause menu go to the Quests tab. Press the the up key to open the Animus menu. The new window allows you to leave the Animus (return to the real world) and Change of Eivor's Appearance (including gender). You can use this option for free and any number of times.

Does Eivor's gender influence the game? 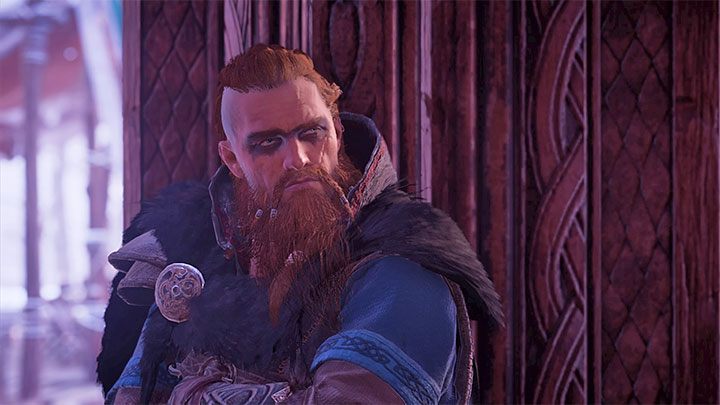 No, the hero's gender has no influence on the gameplay and it can be said that it is only aesthetic. The authors wanted the game to offer identical content regardless of the chosen gender of the main character.

Character creator – is it featured in the game? 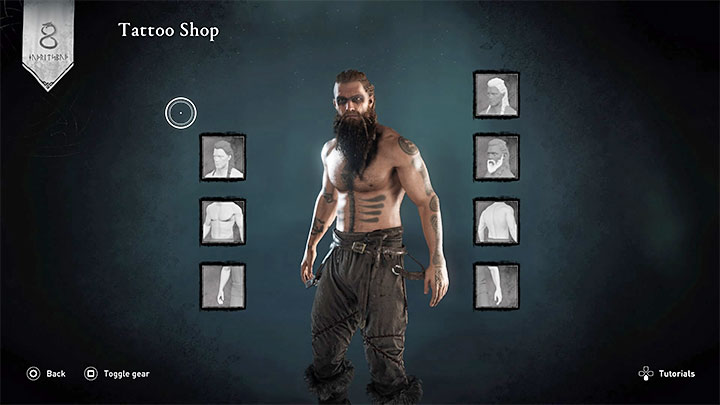 No, Assassin's Creed Valhalla has no character creator. You can only select one of two genders, for which the game uses two, pre-defined character models. You won't be able to change the facial appearance, or the overall body constitution of the hero.

You can change your protagonist's appearance to a limited extent getting tattoos and changing hairstyles. At first, these services are available in Fornburg, but you can also construct a special building in Ravensthorpe that will provide access to them. The game allows to:

You can get new tattoo styles by progressing in the game, or simply buying them. For more information, refer to the page Changing the appearance of characters in the FAQ chapter.