This page of the Assassin's Creed Valhalla guide has a description of the fight with Rikiwulf, one of the bosses. You will find out when you face Rikiwulf, what attacks the boss has and how to avoid them, as well as how to defeat him effectively and quickly. 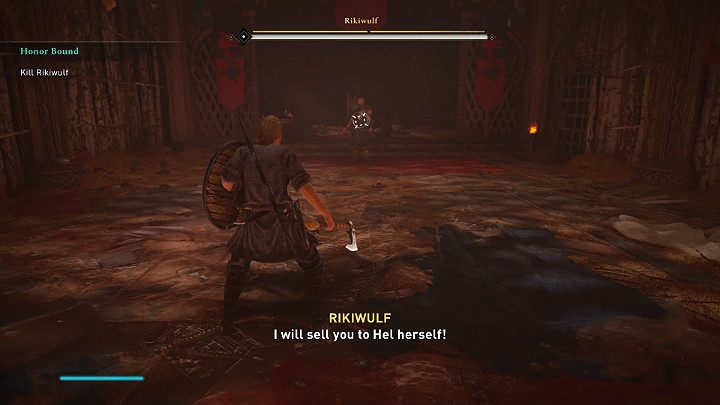 The opponent has two sets of weapons: a two-handed axe with a great reach and two one-handed hammers. Rikiwulf uses the axe to make slow swings. The two one-handed weapons allow him to attack much faster and deliver several hits in a series. 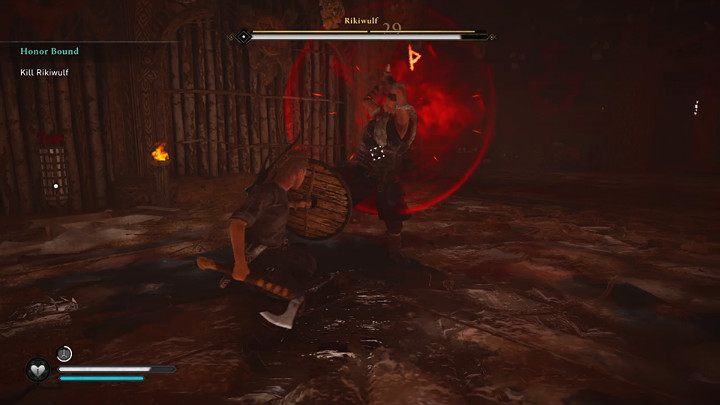 When Rikiwulf uses the two-handed axe, he will often telegraph his stronger attack. Note the red aura surrounding the boss right before he uses skills such as an overhead swing, an uppercut swing, or attacks from left to right - this is a sign to avoid sideways or backward. Your opponent is defenseless for a while after a missed attack – this is your chance to attack him a few times. 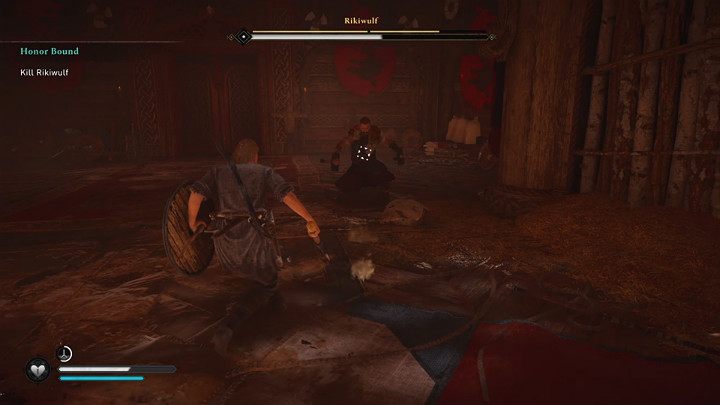 At some point, Rikiwulf will drop the bulky two-handed weapon and start dual wielding hammers. This will make the boss much faster. 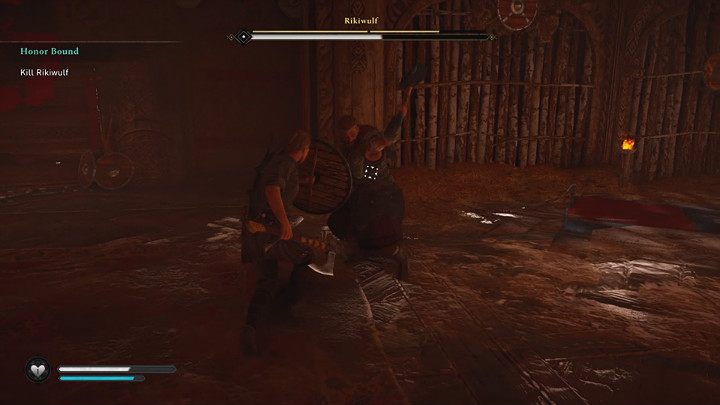 Rikiwulf's quick attacks can be avoided, but it is better to block them with the shield and parry to gain an advantage. Remember to press the block button just before you get hit. 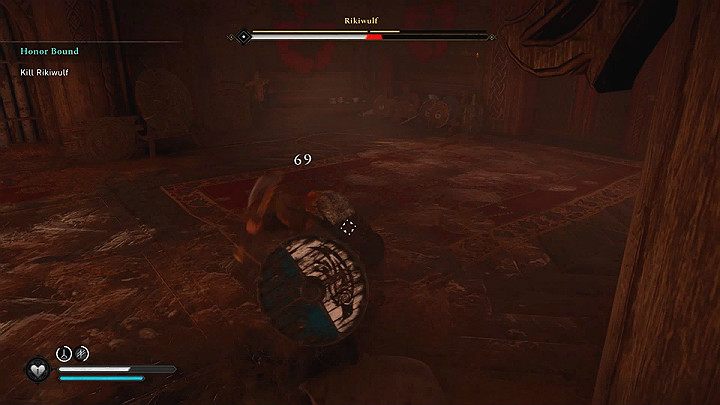 Parrying knocks the opponent out of balance, making him vulnerable to attacks for a brief moment. You will notice that Rikiwulf is kneeling down - try to attack him as many times as possible. 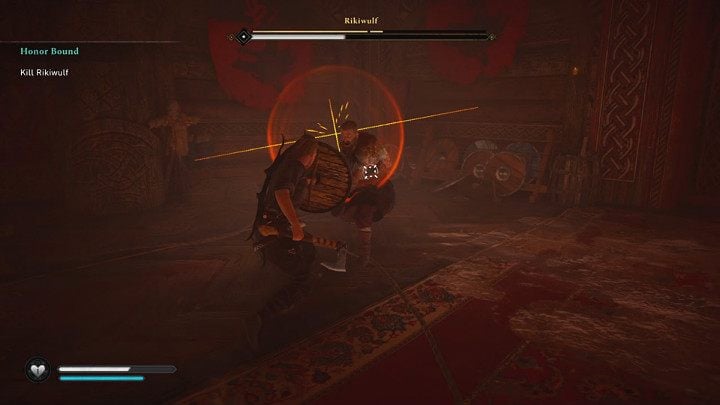 The twin hammers give Rikiwulf access to an additional special move - a front kick. You can recognize this attack by a red flash around the opponent – the boss will then kick with his right leg. The attack can be avoided or blocked. 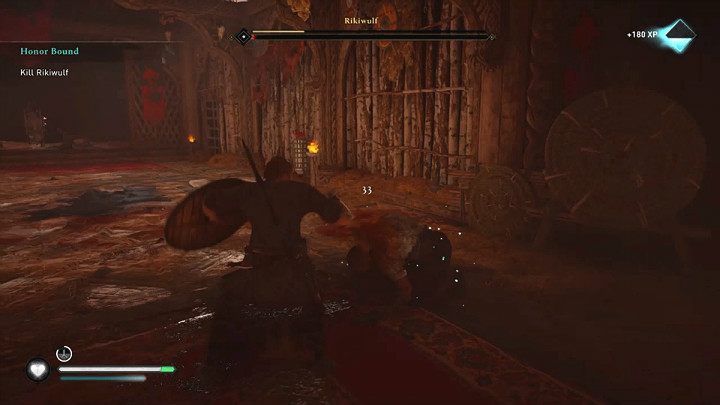 Take advantage of your opponent's mistakes, parry his attacks and perform counters, and you should quickly defeat the first boss in Assassin's Creed Valhalla. Defeating Rikiwulf gives you 180 XP.