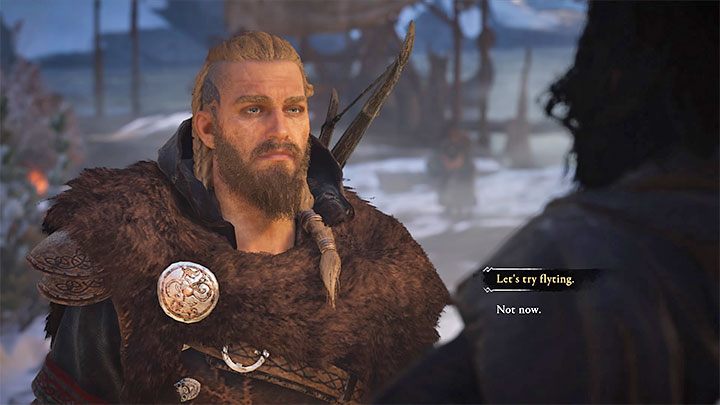 Flyting is one of the more interesting side activities – it is about insulting the other competitor. This tradition was practiced in England between the 5th and 16th century. It is about calling the opponent names, often in a poem format. During such battles in AC Valhalla, you have to choose the correct dialogue path that will be a response to your opponent's insult.

To win, you have to choose those that are appropriate to the situation and are a good response. An additional complication is the fact that you have a certain amount of time to choose an appropriate dialogue line. NPC-s interested in Flyting are marked on the world map with a theatre mask icon. To start the Flyting game (except for the one in Fornburg which serves as an introduction to the minigame), you must wager some silver. You can protect yourself and perform a quicksave before the minigame starts. Walkthrough for the Flytings can be found in the secrets chapter.

Winning Flyting increases Eivor's charisma. This statistic can be used for selecting unique dialogue options/behaviors during conversations. They might help you in convincing the person you are talking with or in completing a quest in an alternative way.

The mechanism of upgrading and using charisma is described more thoroughly on a separate page - Charisma - how to and why to increase it? 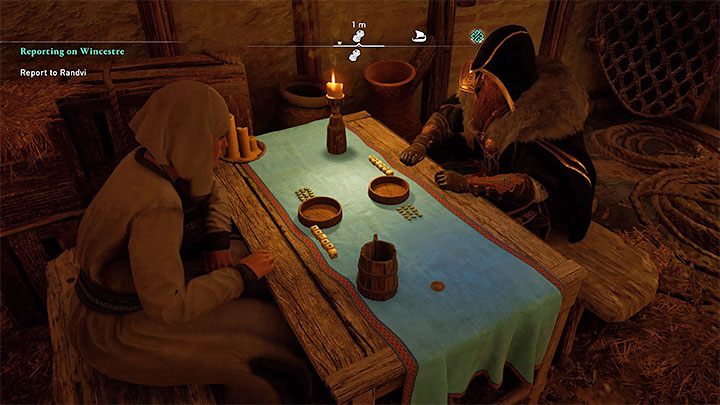 Orlog is a dice mini-game. It's quite complex and learning it well might take you some time. It's a game for two players. There are 19 people in the game's world who can play it - each of them is marked with a dice icon on the map. The Orlog isn't played for money but for pleasure. You can participate in the game as many times as you wan't without having to pay any fees. 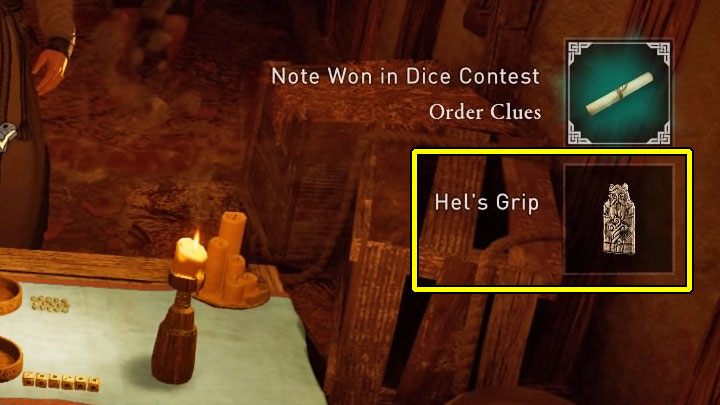 When the game starts, you can select up to three God Favors - you will find more information about them below. Each unique game of Orlog you win (against another player) is rewarded with a new God Favor. You can use these favors in all subsequent games. 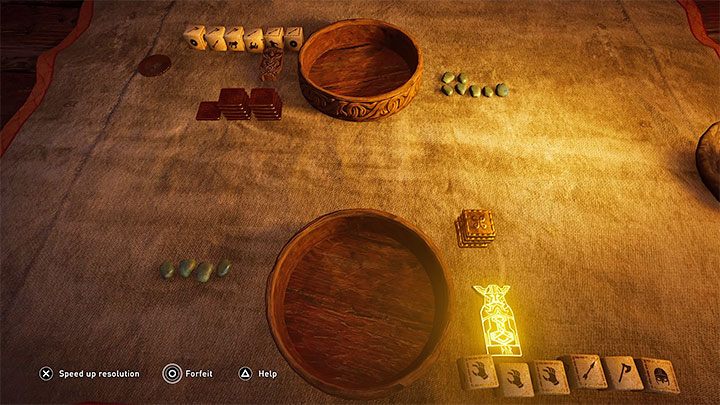 In Orlog, two players who are throwing dices in turns are facing each other. There are various symbols on the sides of the dices. They might represent attack, defense, obtaining a special token, or stealing a token from the opponent. You can select dices you wish should remain and the ones you prefer to throw again in hope of obtaining a different result.

It is recommended to react to dice cast by the second player. For example, if you see that the opponent has left on the field dice with an axe icon, make sure that you will leave dice with a shield icon that will block this attack. 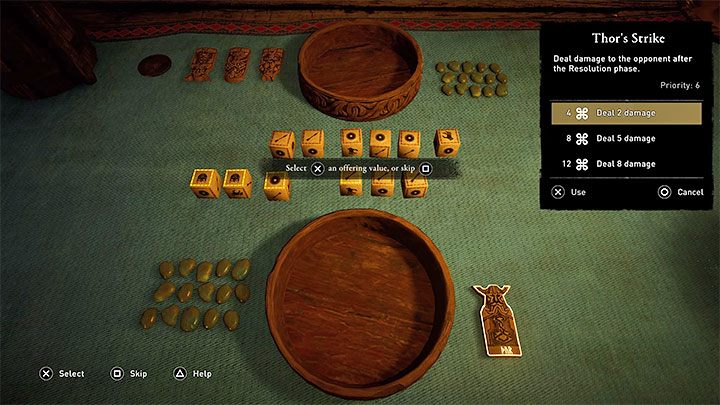 An important part of the minigame is the possibility to use the so-called God Favors. A specific number of tokens is required to activate a favor. Tokens can be obtained in two ways - by leaving dice with red borders on the field and by using dice that enables you to steal tokens from the other player. Your opponent can also use similar tricks - accumulate tokens and steal the ones that are yours.

In Orlog it is important to plan a few rounds ahead. Each of the God Favors has a few activation variations - you can activate the stronger ones that require more tokens (in the example shown in the picture they enable you to deal more damage). You must be aware that tokens can be stolen from you by your opponent. By the end of the round you might not have enough of them to activate a Favor. 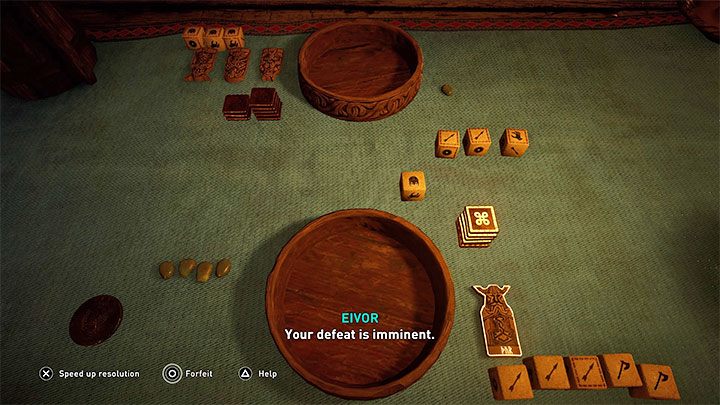 The "Health" of both players is represented by stones. Receiving damage from dices with an attack icon and from God Favors will make you lose pebbles. The player who is the first to lose all his pebbles loses the game.

Looking for more strategies and useful tips? You will find them on a separate page of our guide: Orlog - how to win dice game? 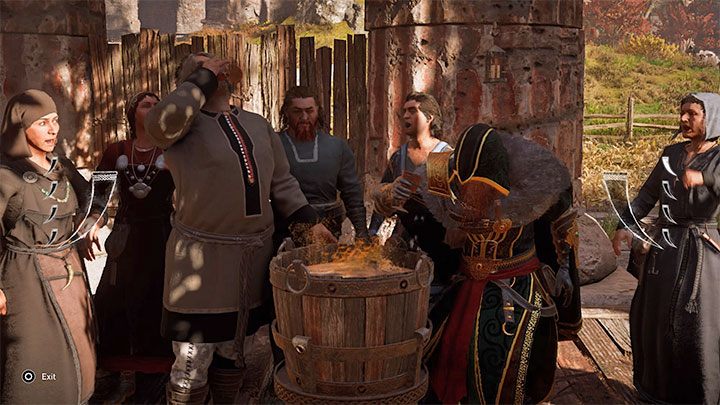 Drinking games is one of the minigames available in AC Valhalla. You can recognize places where you can start drinking games by the icons of crossed horns. First such spot can be found in Fornburg in Norway. Other ones can be encountered in various parts of the realm. With the exception of the tutorial, participation in drinking games requires you to wager some silver - you can choose whether you want to risk small, medium or large number of it. It is a good idea to save your progress before starting the minigame so that you can avoid losing money if you lose.

Drinking games tahe the form of a rhythm game.. You main objective is to press X button (on PS4/PS5) or A button (on Xbox One/Series X) at right times. The speed of the game will gradually increase. If you make a mistake, you will lose a few precious seconds and Eivor will return to the slow speed with which he started the game.

The mini-game also requires the player to move the analog stick to the left or to the right whenever an appropriate message appears. This action will save Eivor from falling over and wasting time. 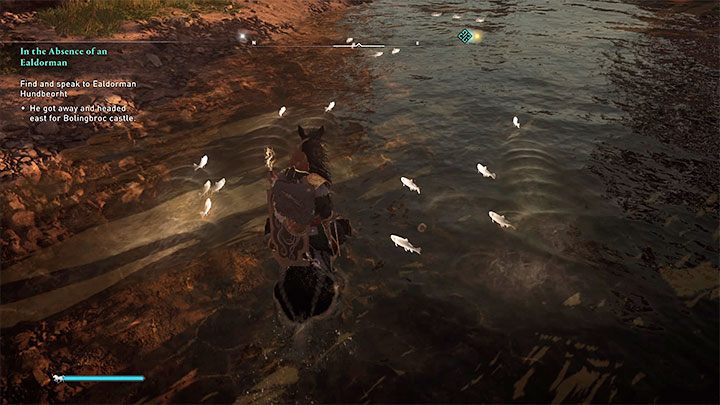 Fishing is another more complex side activity in AC Valhalla. Eivor initially does not have a fishing rod, although the game theoretically allows you to fish by hitting the targets with a bow. It is best to buy swimming lessons for Eivor's horse in the stable in Ravensthorpe. This will enable you to freely move across waters while on the horse and kill fish both by hitting them with arrows or kicking ones that failed to swim away. 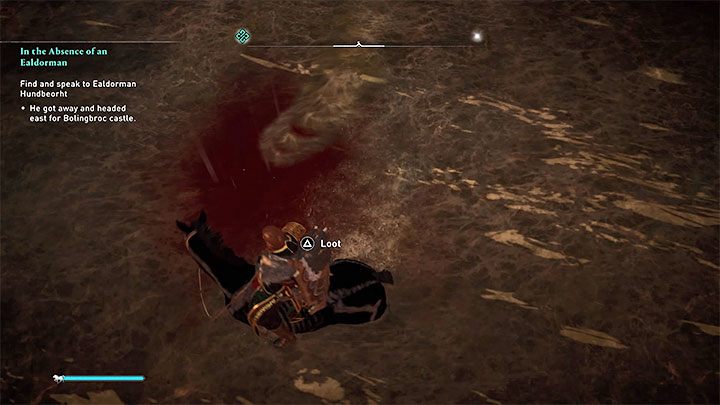 Odin's Sight might help you with finding fish. Once you succeed in killing fish, you must swim towards them and collect them. Then they will be added to Eivor's inventory. 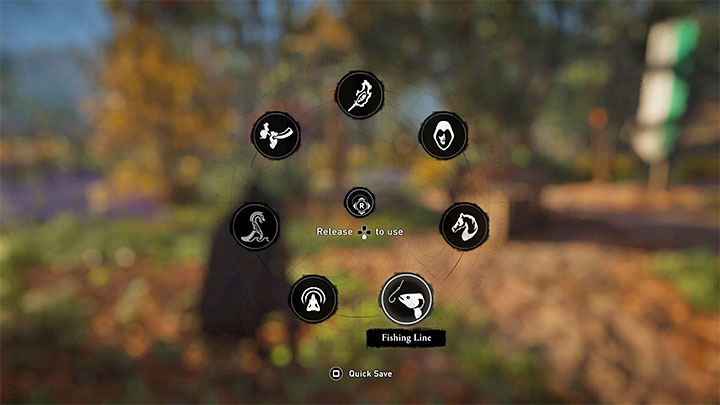 You must wait for unlocking actual fishing mechanics until you build a fishing hut in the settlement. Once that happens, a fishing pole will be automatically added to the inventory. You can select it from the drop-down menu. 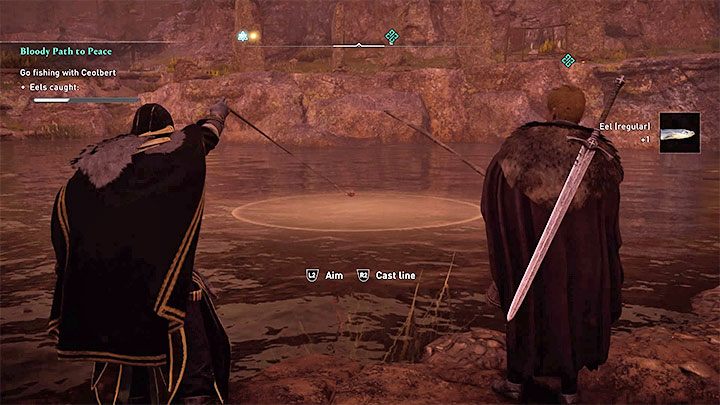 You can find fishing spots on your own or buy hints about their location from merchants. This might be helpful in finding spots with rare fish types, especially if you intend to obtain the trophy for gathering all fish types.

After casting the rod, you have to wait until a fish starts to bite the bait. When that happens, you will have to pull it out of the water. You must control the fishing line's tension. If the tension is too high, it will snap and the fish will escape. 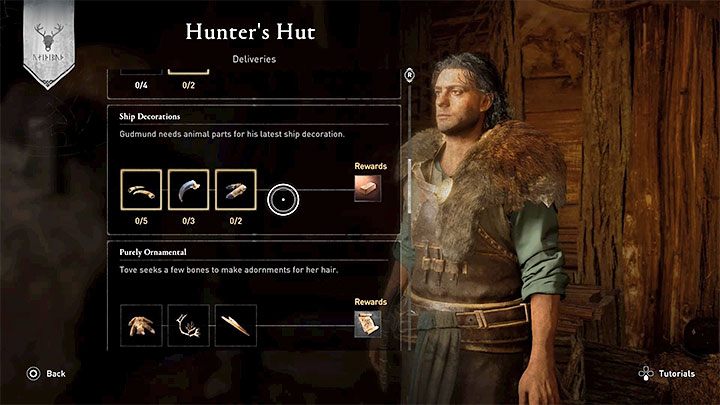 You can hunt animals in Assassins Creed Valhalla since the beginning of the game. A bow is the best weapon for that, but if you're close enough you can also try using melee weapons. Killing animals enables you to obtain hides and other resources. It will also replenish Eivor's health. 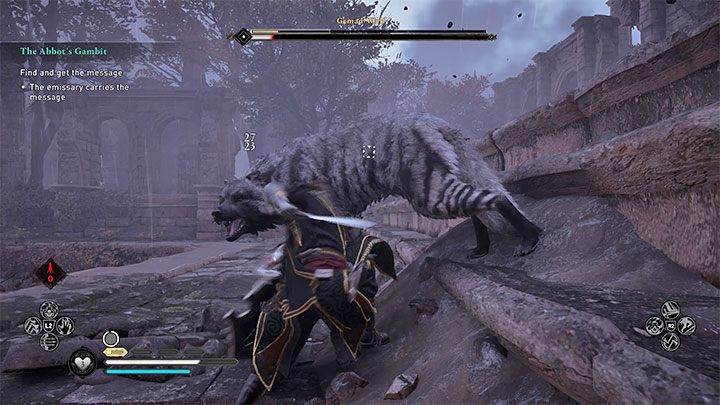 In the game, you can also find a few legendary animals. Fighting them is like fighting bosses - they have long health bars, they can perform strong attacks and it isn't an easy task to defeat them. 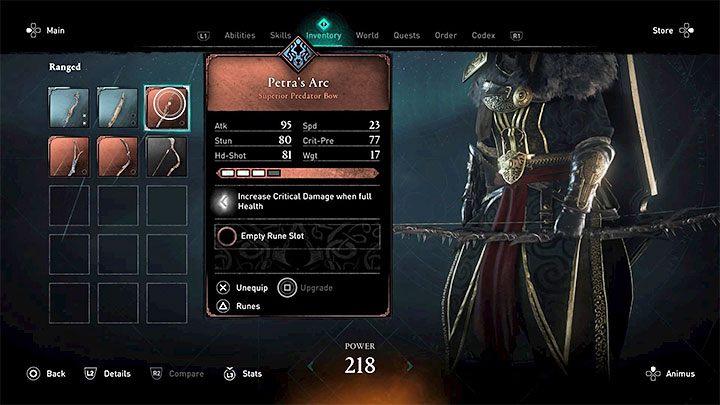 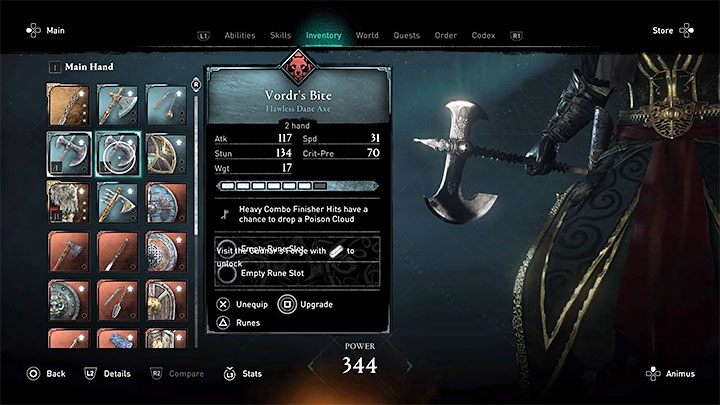 You can return to the hunter's hut in Ravensthorpe with the legendary animals trophies. In the same location you can also track your progress in finding the legendary animals and collect unique rewards for defeating them. These may include blueprints for cosmetic upgrades and unique weapons:

Legendary animal locations are described in the chapter focused on game's secrets.