The order of constructing each outpost is random, as each focuses on other elements and offer access to different technology/abilities that will come to be useful in the different phases of the gameplay. Nevertheless, plan your growth, as the space is limited and some of the installations are utilized from the early days of the campaign, while the add-on itself has introduced three new rooms and removed one.

War of the Chosen introduces three new rooms and removes Advanced Warfare Center. The new buildings (Infirmary, Training Center, and Resistance Ring) enable you to lower the recovery time of your soldiers and remove any negative effects that they may have received during missions, reset ability trees and unlock additional skills, and finally send your soldiers to Convert Ops. The new buildings were described in detail in "Available Rooms". 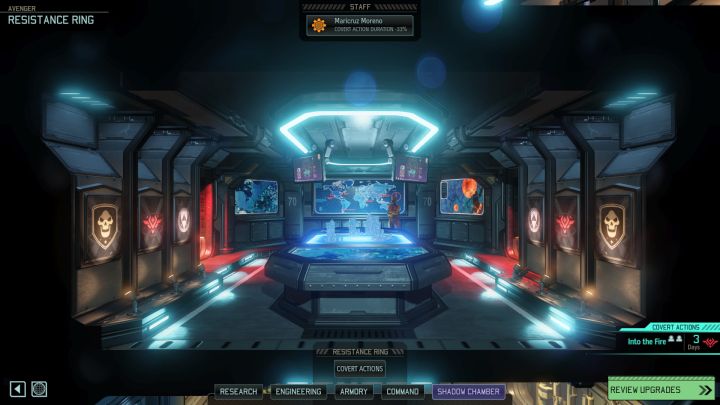 Resistance Ring is one of the basic outposts

Similarly to the previous entry in the series, there is a number of installations that should be constructed at the beginning of each game. These are as follows: 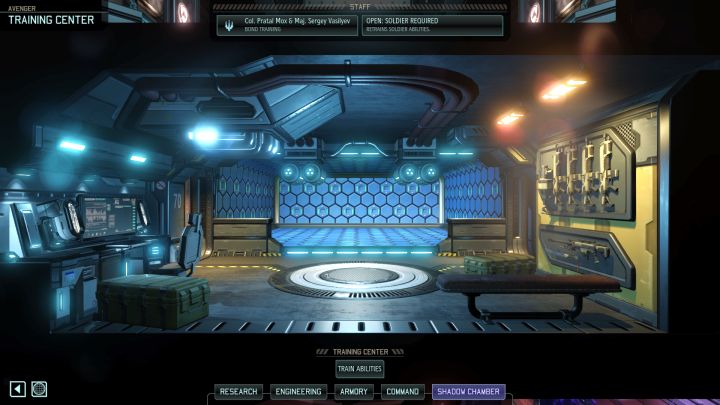 Workshop also received a number of changes. Previously a key structure in each campaign now has an increased build cost and is less useful, as there is a new structure that takes some of the features seen in the classic Workshop. You can acquire additional engineers by engaging in convert ops and/or normal missions. Additionally, you can raise a Workshop in the initial stage of the campaign to pick-up additional engineers, then get rid of it to make room for a different structure. 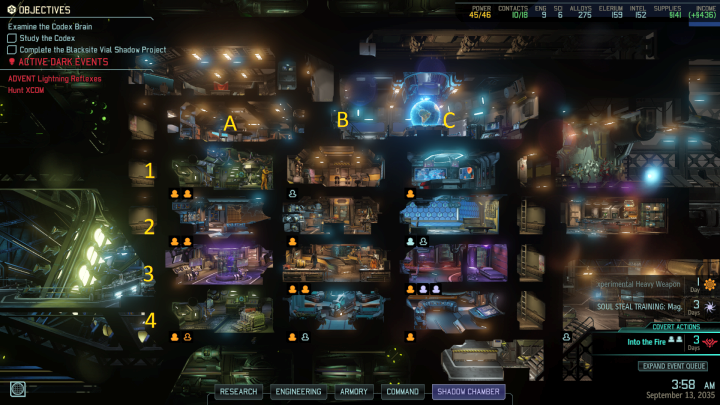 As can easily be imagined, raising all the installations shown above will take at least 12 to 15 game weeks - remember to follow the chart, as the aforementioned rooms will enable you to increase the firepower and survivability of your soldiers, as well as control the outcome of the AVATAR project. Avoid building any additional rooms beside the one listed, as you may fall behind and lose the whole campaign, either by the hands of the Chosen, lack of control over the AVATAR project, or your soldiers' incapability to fight against more powerful opponents. 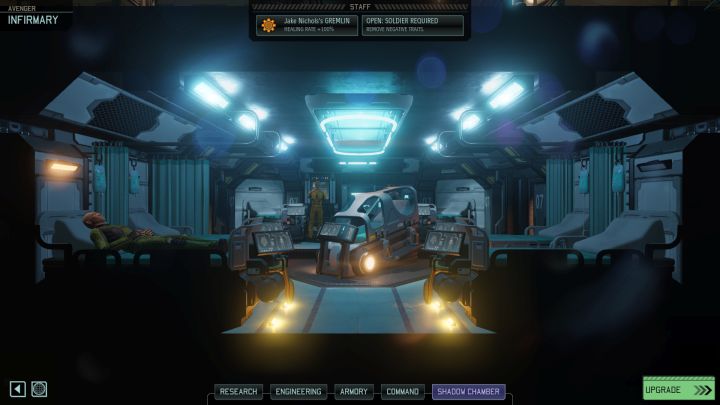 Further growth is completely optional and should reflect the situation on the battlefield. Start with upgrading every room to increase their efficiency. Focus on Resistance Comms - a fully upgraded outpost offers 7 additional contacts, + additional 2 with the Renegade orders - enough to establish links on the whole map. Moreover, establish a Psi Lab (Psi Lab) to unlock a new class (Psi Agent). The outpost is even more desirable, as the growth of this class (new levels and abilities) is established simply by placing a soldier in the building - the soldiers are trained simply by staying in the base.

Continue with the following rooms: