XCOM2 guide has been updated with War of the Chosen section!

The XCOM 2 guide and War of the Chosen guide contains a detailed walkthrough of the single player campaign, along with instructions concerning the completion of main and side quests. Aside from that, you will find a thorough description of every soldier class in the game, coupled with their recommended builds and developments.

Additionally, the guide contains descriptions of all the available elements of equipment for different classes, as well as tips on how to use them to their fullest extent. The guide contains chapter showing all the enemies in the game, their strong and weak points, and the methods of dealing with them.

Furthermore, a long list of general tips & tricks can be found inside, which will surely be useful both for players new to the franchise, as well as those who are more familiar with it, and a thorough explanation of in-game mechanics such as combat, moving around the map, or counteracting the enemy actions. Chapters focusing on the facilities that can be constructed inside the Avenger ship, as well as the whole process of building them can also be found inside.

The guide is closed with information about game controls, hardware requirements and each and every achievement available in the game. XCOM 2 is the second installment of the remade franchise, a demanding and difficult turn-based strategy, focusing on human struggles against the invaders from space, which was again developed by the Firaxis studios. The player takes on the role of the commander of the XCOM organization, where, together with the resistance, will once and for all try to get rid of the alien invasion. 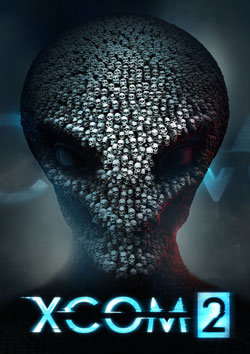 XCOM 2 is a turn-based tactical strategy released as a direct sequel to XCOM: Enemy Unknown from 2012. The story of XCOM 2 picks up 20 years after the events in the previous game, in which we tried to repel an alien invastion.

Just as in the first game, gameplay is twofold: strategic layer is about managing the development of your base and military technologies in real time, whereas direct combat with aliens is turn-based. XCOM organization, which you become the head of, has limited resources at its disposal and has to operate in shadows. The player’s duty is to expand the resistance and let the public know the real intents of the aliens. You do this by doing special missions, in which you not only eliminate new threats, but also help up local cells of resistance.

In XCOM 2 you command a squad of soldiers representing five character classes, which can be further specialized thanks to skill trees. Grenadiers, specialists, marksmen, hunters, and psi operatives differ not only in available abilities, but also in what gear they can use. The composition of your team and their equipment depends on your choices. XCOM 2 expands on the system of procedurally generated maps (layout and enemies), which eliminates repetitiveness of locations. Moreover, combat system and commands were improved, as well as new types of rooms were added to your base expansion options.

This year's E3 proved to be exceptionally rich in more than just console games announcements. It's been some time since personal computers made their presence felt on the market in such a noticeable manner.

XCOM 2 Game Guide is also available in our Mobile App